Written by Rebel Coyote at 8:17 PM 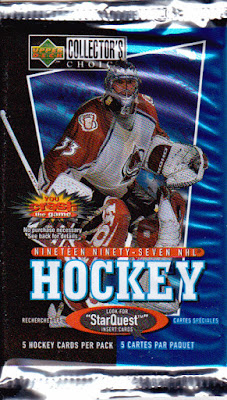 Upper Deck with their cheap Collector's Choice set. Usually Wayne Gretzky grace the packs of Upper Deck, but that year it was Patrick Roy. This was their final year of CC til it got resurrected dozen years later for 09-10 and 10-11 season before going dormant again. There are 5 cards in a pack. 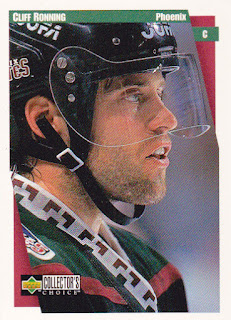 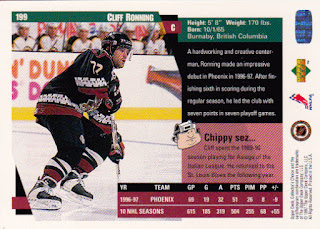 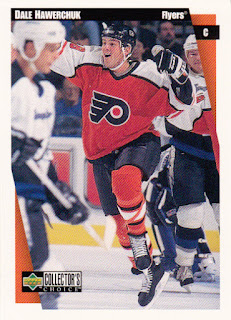 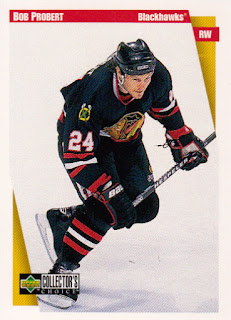 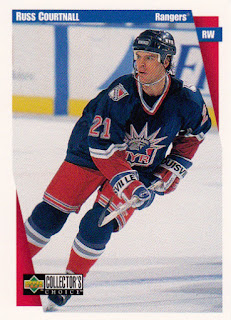 166 - Russ Courtnall - spent 2/3 of the season with Canucks before getting traded to Rangers for remaining 1/3 of the season. He signed with the Kings for final two years of his career. 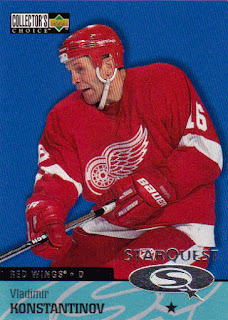 SQ33 - Vladimir Konstantinov - insert card of the Impaler. A favorite of mines, 97-98 was final year of his cards and career.  A limousine crash ended his career.