How about an old pack of Topps Chrome? 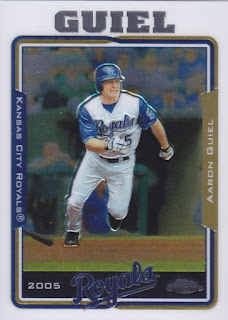 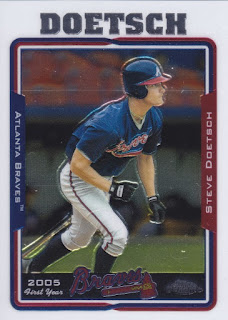 219 - Steve Doetsch - Buh? In hindsight, maybe the "rookie card" rules that were instituted the year after this were a good idea. These sets are full of guys who stayed down on the farm. 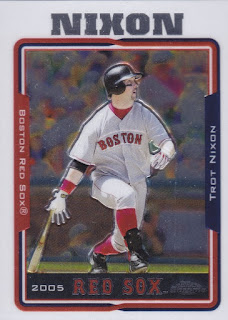 155 - Trot Nixon - This one is a little more recognizable, with the Red Sox of the mid-'00s being all over the TV. Here's a look at the back. The second photo was a nice touch, but I can't see Topps ever doing that again.

Mulder and those green unis really pop. The 2nd photo on the back is nice.