Hope everyone had a good Star Wars Day / Cinco De Mayo weekend.  On a recent Dollar Store run, I checked the card section and saw a box for The Walking Dead key-chains.  I remember them in the Target card aisle a few years ago, and they were probably 3 or 4 bucks a pack.  It was quite surprising to see former retail packs in the Dollar Tree.

The box didn't have any key-chains though; I don't know if someone else already came in and bought them all.  I did however find plenty of Walking Dead trading cards. so here's one of them: 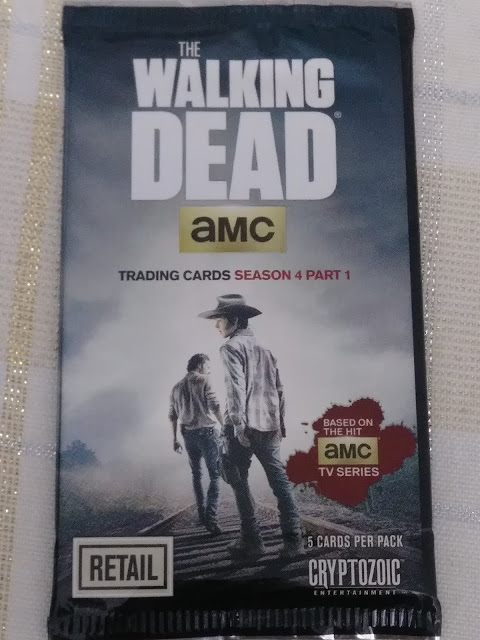 Obviously, the Retail at the bottom means this too was at one time at a Target or Wal-Mart card aisle and also probably ran 3 bucks a pack, so hey, if you were trying to complete the set, head over to your local Dollar Tree.  Here's what I got: 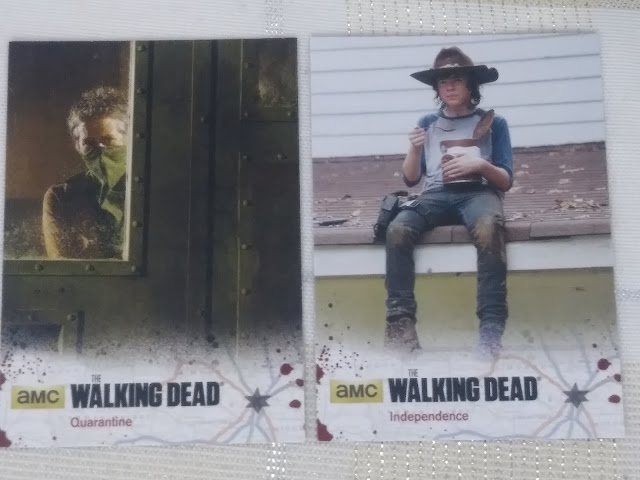 Part 1 covers the first 8 episodes of Season 4, which aired in the fall and winter of 2013.  In terms of the show, this is "Farmer Rick" at the prison, where the group deals with a deadly virus.  The first part of the season ends with The Governor's assault on their settlement.  I'm not sure how Cryptozoic is handling the splitting of the season, since "Carl eating pudding" is from the first episode of the second half of the season.

Here are the backs of the first 2 cards: 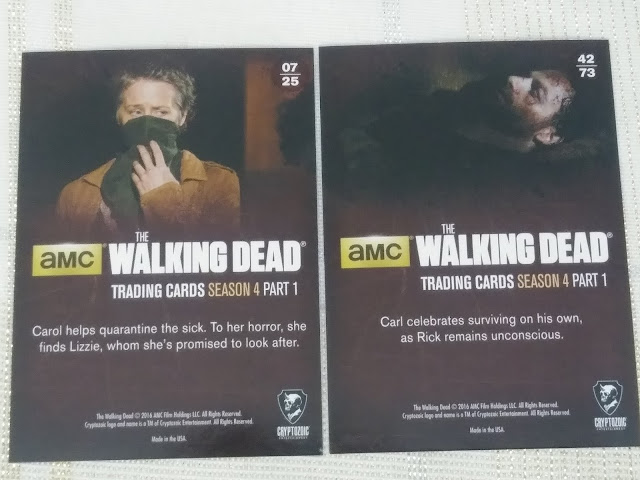 Not very descriptive, Cryptozoic.  It's been 3 years since the episodes aired, it's OK to give a better write up.  I'm not sure of the card numbering though...the top number is the card number, per the checklist, but I don't know what the bottom number is. 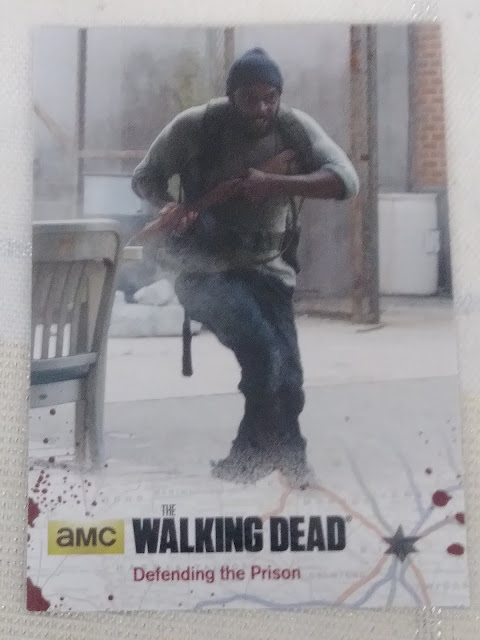 Bonus points for the extra picture in the back.  I'm not sure if Cryptozoic is going in episode order either...if this is from the last episode of Part 1, it should be much later in the checklist. 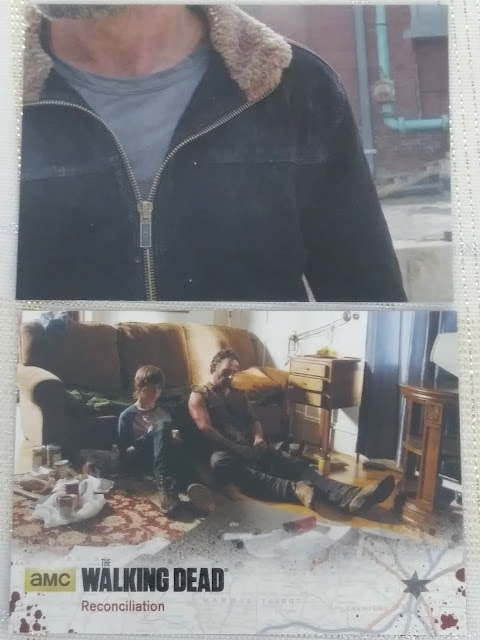 There are 9 cards that make up the puzzle, so it'll look nice on a 9-pocket page.  These come 1 in 3 packs.  Once again, I'm not sure how Cryptozoic is handling the set since the gang deals with Terminus at the end of Season 4.

The Reconciliation card does follow the Independence card, so at least the episode cards are grouped together. 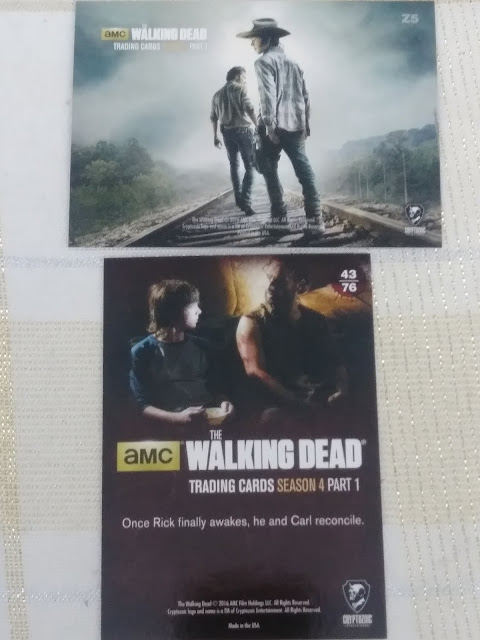 Anyway, that's the pack.  I got a couple other packs of other releases so I'll get to them eventually.  Have a great week guys, and thanks for reading!

Terminus was in Season 4? I liked that story line. TWD was one of my favorite shows three or four years ago, but I just haven't been able to get into it the past few seasons. There was a time when I would have paid decent money for a Michonne signature.

Brings back lots of memories. The design is nice though the wrap up are a bit underwhelming. Thanks for sharing!