Written by Big Tone at 1:10 PM
A big thank you goes out to Matt F. for kindly replying to my e-mail ,In which I expressed my interest In writing for  "A Pack To Be Named Later." I've been a fan of the site for a while now and the fact that I've been given the opportunity to contribute truly Is an honor! Maybe one day I'll be fortunate enough to be mentioned In the same breath as Fuji,Night Owl or Nick from Dime Boxes but for now,please excuse my total lack of  writing ability. So with that out of the way, I now present to you - Score 1988 Major League Baseball.

Ya gotta love that packaging! As tamper-proof as It gets. 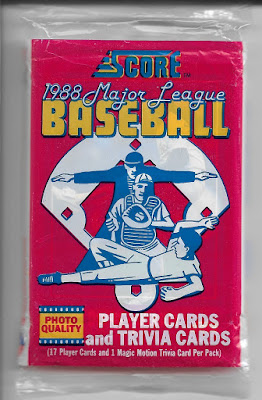 Ahhh check out that Beckett Baseball Card Monthly offer on the pack back. 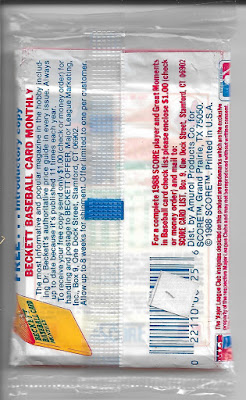 Doesn't "photo quality" depend on the quality of the camera? I would think so.In any case,your getting decent quality shots of  players In action. Here's what I pulled ....

"Eck" as the face card works for me. I was a huge A's fan in the 80's  and Dennis Eckersley was always a favorite of mine. I may have done permanent damage to my right arm trying to imitate his delivery as a kid. 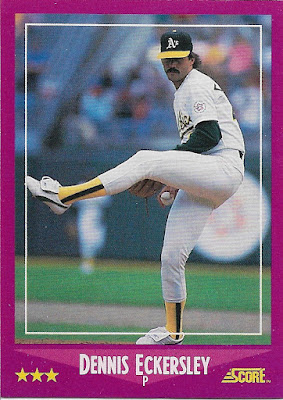 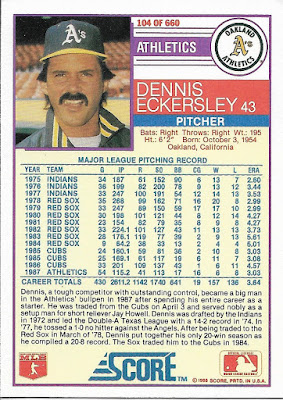 "The Hit-Man" ! It was nice to see  Don Mattingly just two cards into the pack. 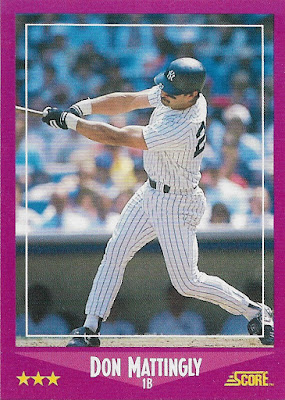 "The Big Cat" or "El Gran Gato" Is a player I like to collect. Particularly In his Expos uni. 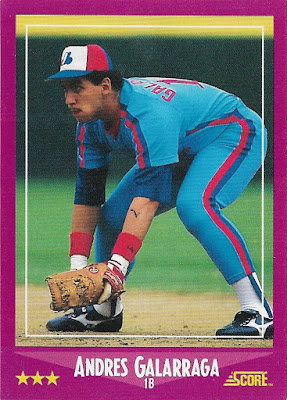 The rest of the pack kind of fizzled out ,Dave Henderson excluded, but the overall experience of opening a pack and posting about It In real-time was a fun one! 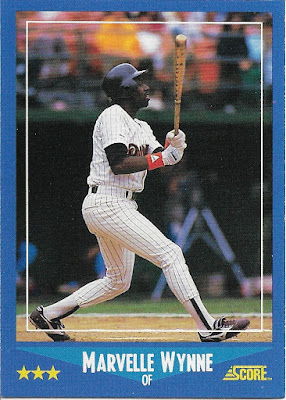 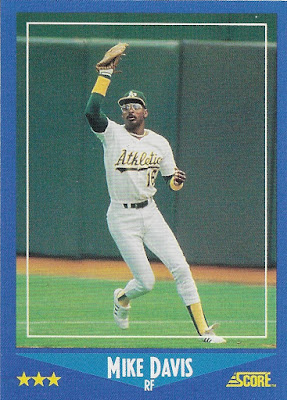 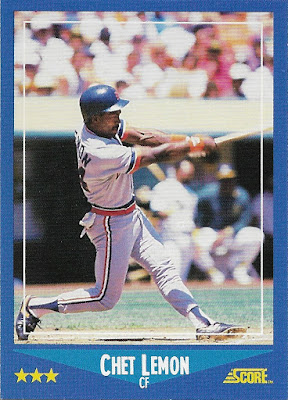 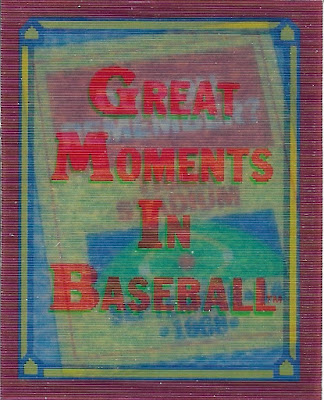 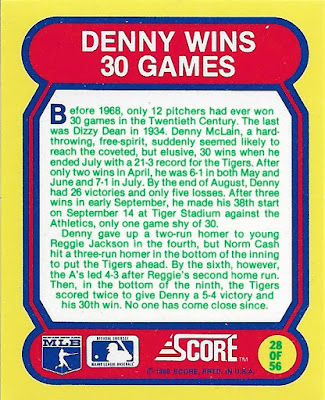 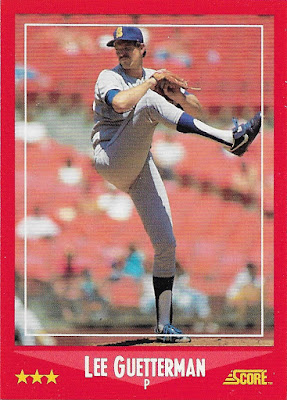 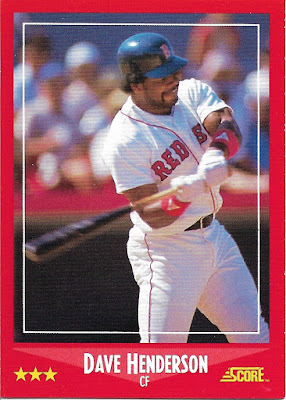 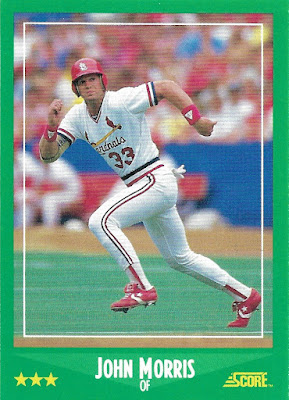 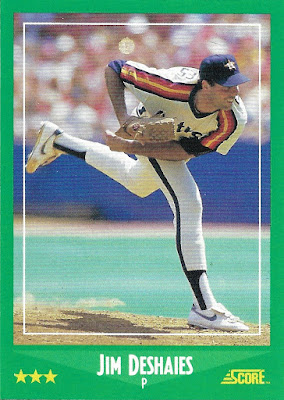 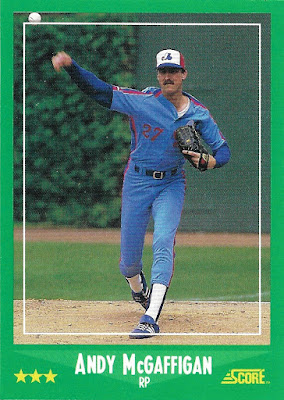 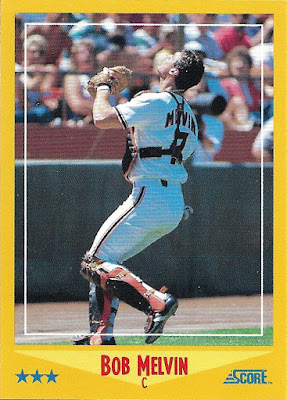 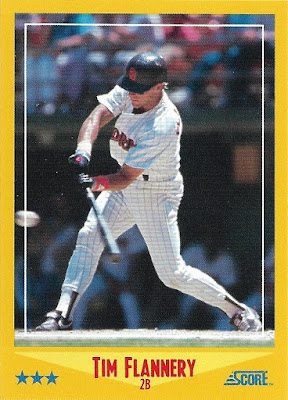 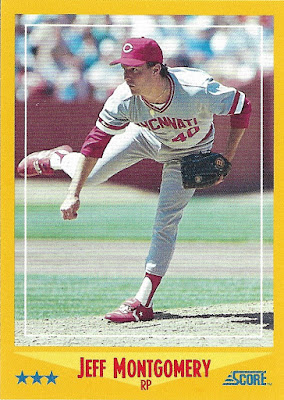 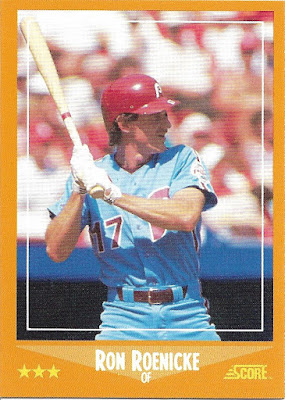 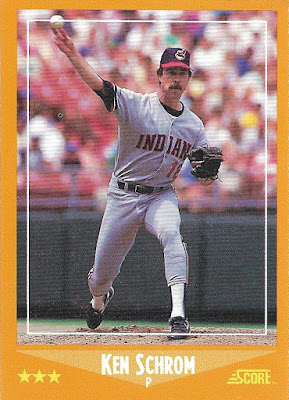 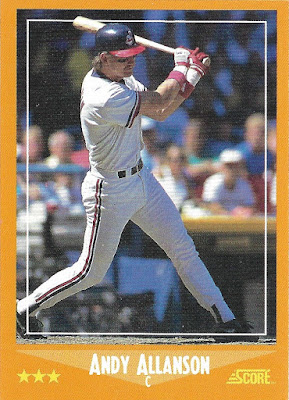 Again,many thanks to Matt F. and the rest of the "A Pack To Be Named Later" community. Looking forward to posting again!

This is such an awesome set. 1988 was my second year collecting cards and the cards were so different than everything else, as was the packaging. I don't care for the border colors changing, but everything else about the design was AWESOME!

I picked up a lot of 88 Score singles as a kid but never went after packs.I did ,however, pick up lots of 89 Score.

I opened a lot of this stuff back in the day. It's not my favorite 80's set... but it's one of my favorite Score baseball designs.

It seems as though Score knew this product deserved a 3 out of 5 judging by the amount of stars they placed on the lower left corner of the cards.

This is one of the first sets that I remember being really into, in fact it might even be THE first set that I really got into! Even after all of these years, I still really like the colors -- now that I think about it, this set might actually be responsible for my love of colored parallels! Also, it's nice to see you contributing to the blog here, here's hoping that you'll become a regular :)

Thanks Jon!Much appreciated ;) I'm already thinking about what packs to pick up next.As far as the cards go .. I tried to make some kind of connection to see why some players/teams got their colored border but to no avail.It must have been a random thing.

Opening up the plastic wrappers was pure bliss!

Upper Deck gets a lot of the press for creating higher quality cards when they debuted in 1989, but Score really raised the bar a year earlier, when compared to what Topps, Donruss, and Fleer were putting out at the time. Here you have high quality card stock, finished on both sides, with very sharp photos (one on the front as well as the back, no less), and lots of information on the back: stats, bio, facts, and a photo. And, as mentioned by the writer, tamper proof packs, when the other 3 were still doing wax.

Look at that Ken Schrom and tell me it doesn't make you think of Lou Brown from Major League!