Written by Rebel Coyote at 2:19 AM 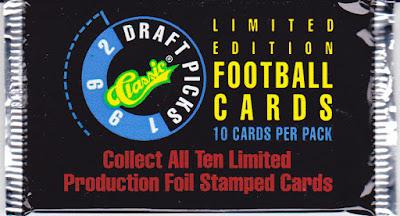 One of packs I picked up in Houston Sports Connection last week. Got this from their $1 bin. They mention about ten foil stamped cards in random packs. Two notable names on it are Desmond Howard and Sean Gilbert. 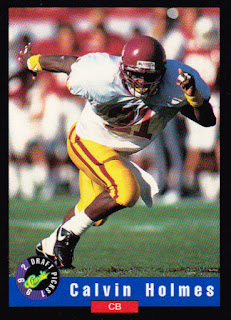 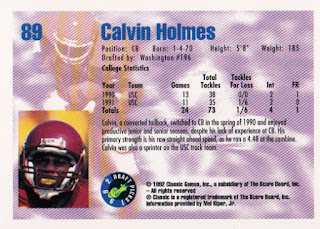 89 - Calvin Holmes - drafted in 7th round he never played a down in the NFL. Not off to good start. 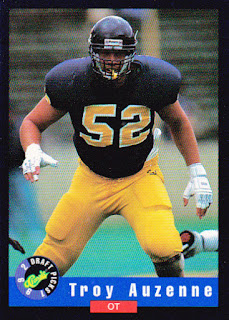 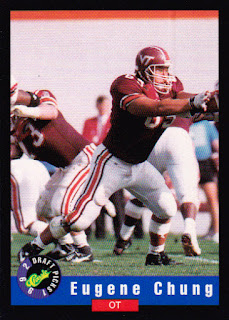 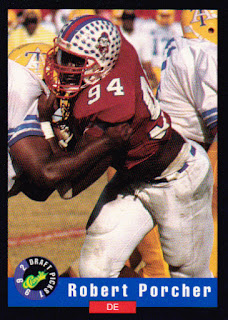 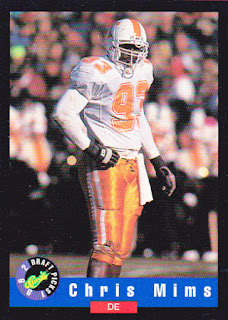 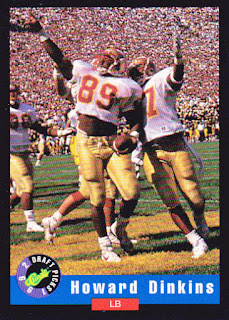 94 - Howard Dinkins - good celebration photo shot. It's the only highlight as he played 3 games in the NFL 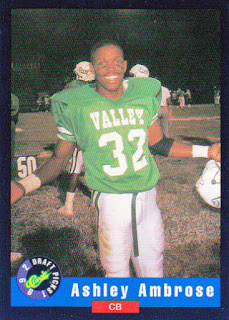 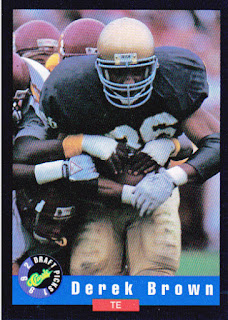 6 - Derek Brown - looks like he's getting a heimlich maneuver. He would take a much harder hit in NFL resulting in a collapse lung and spleen and kidney damage. 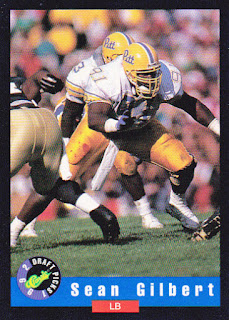 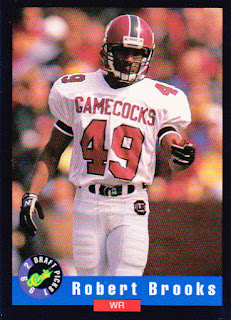 
The pack started off bad then it went became decent later on.

Sweet Brooks! He was one of my favorite Packers from the 90's.