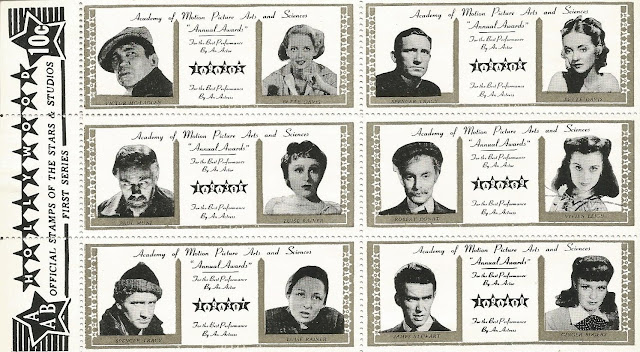 This "pack" features six stamps of people nominated for Best Actor/Actress from various years. The stamps are perforated so that collectors could stick these in albums. The albums featured placeholders, often also featuring facsimile autographs. The stamps come in a variety of nominees, including supporting roles and international actors.

The letters "AAB" in the star represent the set, evidently. Research shows that there were a slew of sets with varying letter combinations (link below).

Featured on these stamps, from left to right, top to bottom, we have: