Written by Jafronius at 7:49 PM

I've been off this week (as well as two weeks ago...use those days off or lose them) and it's been spent finishing off the Christmas decorations.  The Wife has gone overboard with the decorations, pulling out stuff that hasn't been hung by the chimney with care in several years, but maybe the whole new house after 2 years with her parents part is the reason for that.  Oh well, I only locate the stuff in the basement or garage and then put it all away.

The plan two weeks ago and this week was to post some packs here, because as my collection slowly gets unearthed, the more packs I find stashed away for the site.  As you can see, that didn't happen.  Well, one is better than none: 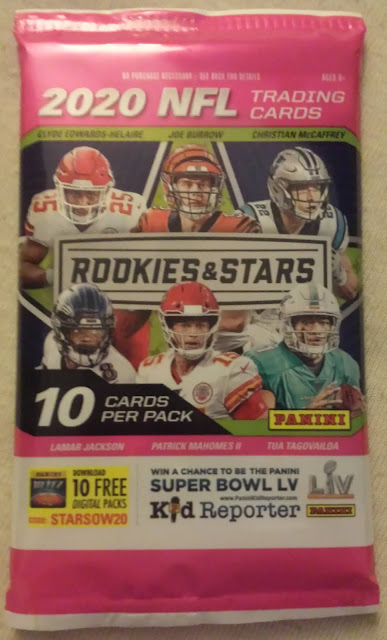 I lucked upon a stack of these the day after the card vendor stocked the Target I occasionally work at.  I wasn't hopeful for anything when I came back the next day, but there was a stack of Rookie & Stars packs in the gravity feeder box (and nothing else).  I figured one pack for the blog is sufficient.

A pack costs $3.80, which is pretty expensive to me.  Then again, I normally would only get football (and packs like this) when they wind up in the clearance box.  10 cards per pack, and I'm hoping for "the hot rookiez" and some big time stars.  Here's who I got: 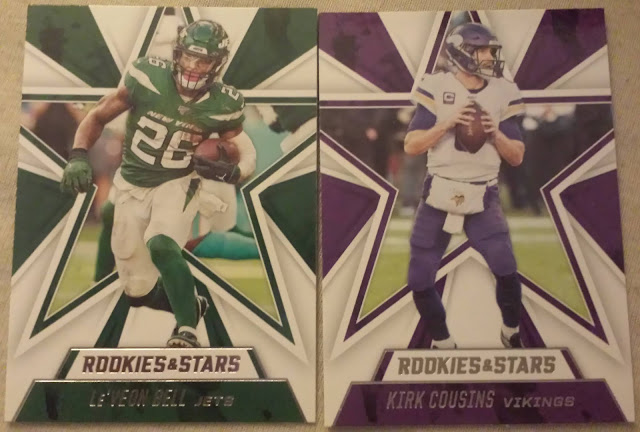 #10 - Le'Veon Bell
#68 - Kirk Cousins
I like that the background is team specific, but still not a fan of Panini's obsession with removing all other players in the shot. 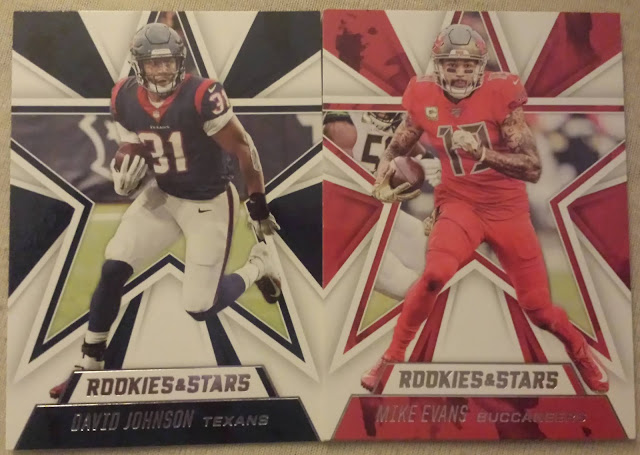 #26 - David Johnson
#83 - Mike Evans
There's 200 cards in the set, with the first half being Stars and the second half being Rookies.  Here's the checklist if you're interested. 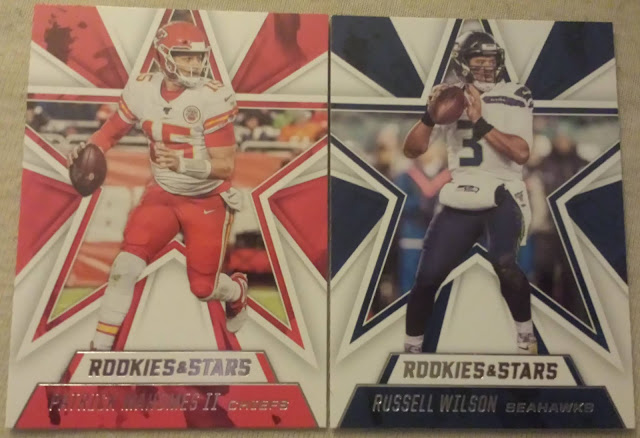 #40 - Patrick Mahomes II
#97 - Russell Wilson
Hey cool, got the biggest Star you could get, so this pack is a win for me. 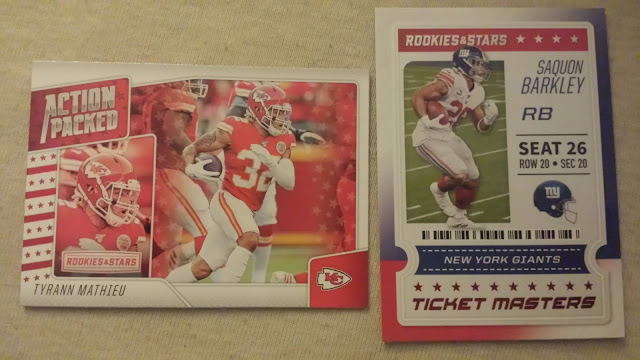 #20 - Tyrann Mathieu (Action Packed)
#19 - Saquon Barkley (Ticket Masters)
No idea what the rarity is for these inserts.  The words "Ticket Masters" is a shiny red, so maybe it's a parallel?  Thanks for the lack of hints, Panini. 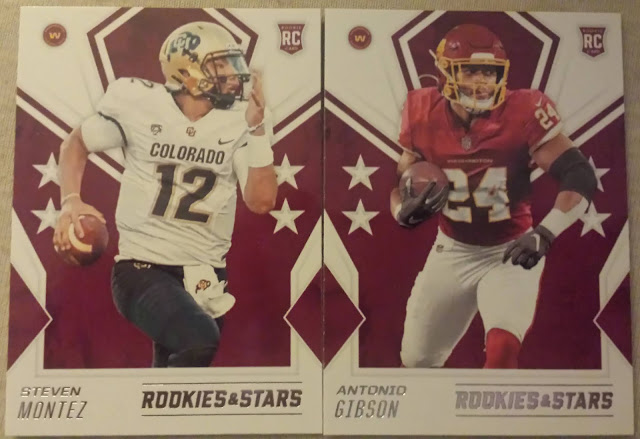 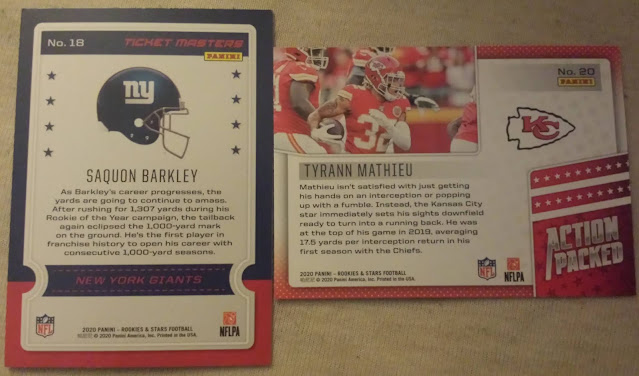 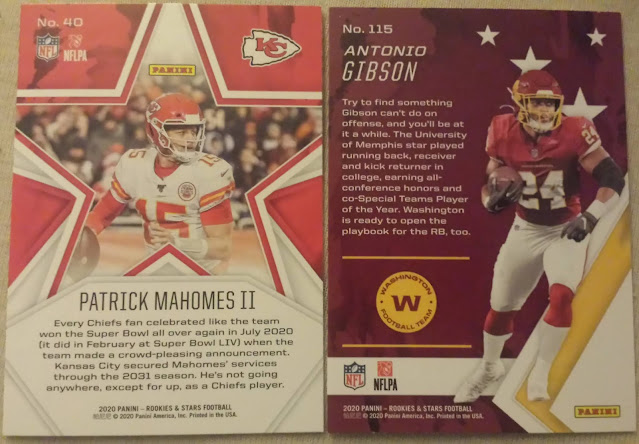 Wow, no stats on the backs.  I do get a glimpse at the fear-inducing logo of the "Washington Football Team," so I've got that going for me.
Anyway, there's the pack.  As I mentioned before, I'd usually only get a sample of this when they come up in the clearance section.  I prefer to sample Score and Donruss because at least I'd get some stats on the back.  Anyhow, nothing I've complained about before isn't new to you all, dear readers.
Enjoy the rest of the week, and thanks for reading!