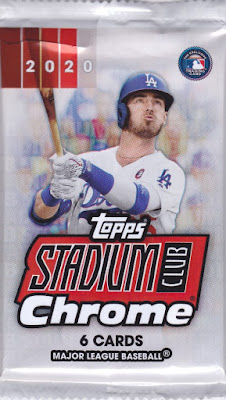 Merry Christmas Eve, everyone! Let's check out a new pack of shiny cards.
In a year full of inessential releases by Topps, this one at least looks really nice. This is the first pack of my likely one and only blaster find of the new Stadium Club Chrome. Topps had a Stadium Club Chrome set (once?) back in 2000 if I'm not mistaken, so this could be considered a 20th anniversary of sorts. 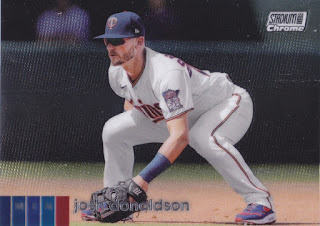 60 - Josh Donaldson - It's not really an action shot, but Stadium Club can make even the most mundane photos look nice, especially when up against the other sets Topps puts out. 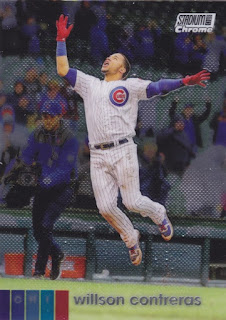 291 - Willson Contreras - Is he jumping for joy? Hahaha, I really have no idea what's happening here. 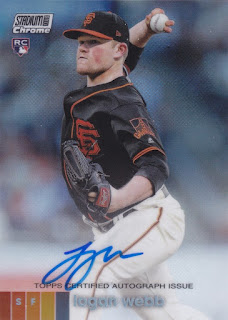 CALW - Logan Webb Autograph - By some sort of stroke of luck, I managed to pull an autograph out of the first pack of my only blaster. These fall at a rate of 1:19 packs, which means roughly 1 in every 4 to 5 blasters should have something special in it. 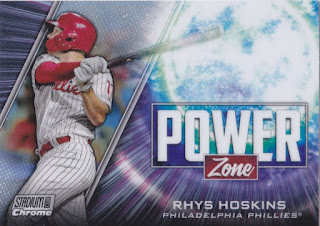 PZ-12 - Rhys Hoskins Power Zone - All of the inserts get the refractor treatment, so these look pretty nice. 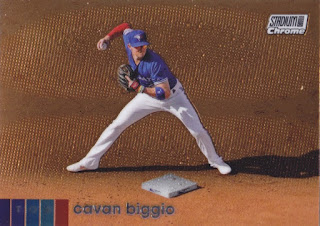 264 - Cavan Biggio - It's Biggio the Younger out on the deserted landscape of the infield. 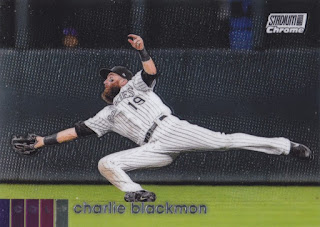 I'll be fine with just my Braves.

You found a blaster box in a store? It's a Festivus miracle!

2020 Stadium Club is a great looking set... so I'm sure the Chrome refractors will be very popular. As a collector, I would have been content to see Topps just insert these into packs of regular Stadium Club. But I'm not surprised by their decision to create this set, since it's a way for them to print more money.