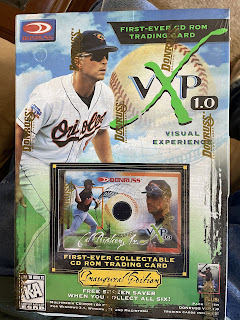 This is the 1997 Donruss VXP 1.0 CD-ROM with Base Set Cards. In this specific case, we have the Cal Ripken Jr package. These were released in 1997 and touted as the "First-Ever CD ROM Trading Card." I would, however, debate that claim, as CyberAction's so-called "Digibles" were released before these. (An interview I had with one of the founders is here.) In any case, the package comes with a square-cut CD-ROM shown through the window of the package. There are also 10 "base cards" that come with each player. There are SIX total CD-ROMs and 50 total base set cards. Link to a checklist is at the end of this post. 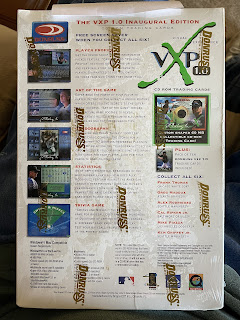 The package is wrapped in "Donruss" cello. While the front features the player, VXP insignia, etc, the back (above) lists out the features contained on the CD: Player Profile, Art of the Game, Cardography, Statistics, and Trivia Game.
Below, we see the opened package. The CD floats freely in a cardboard-backed recess at the bottom. A CD "sleeve," pack of cards, and instructions fit into another recess at the top: 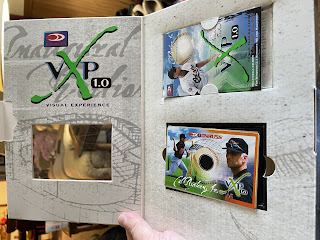 If one were to collect all 6 CDs, a special screensaver would be unlocked. Instructions for those and for the CD itself are contained on this card: 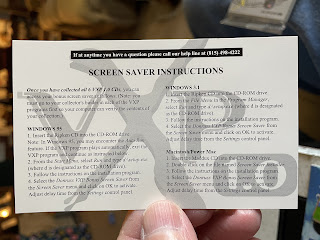 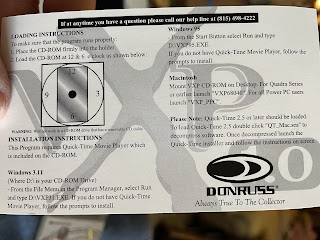 The CD "sleeve" is a cardboard fold-over with required PC/Mac specs and other information. The problem is that the CD doesn't actually FIT in the sleeve. Well, it does, but the fit is so tight, the CD would be scratched beyond usage should one try to forcefully put it in there: 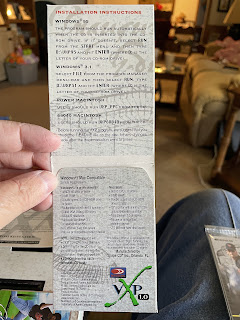 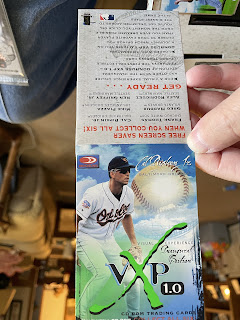 And now we come to the cards themselves! I assume that each pack features the player on the CD. So, for our pack, we have Cal Ripken Jr. The cards are actually nicely done. We have the Donruss logo in the upper left and the VXP 1.0 insignia on the right. The full-color player is arranged such that the actual background is removed from about the shoulders up. The bottom portion still has the photo's background. Behind the player's upper body, a sketch of a generic ballfield appears. I say generic, but it's probably Wrigley or Fenway. I dunno. The player's name in an almost "pirate-style" font appears at the bottom along with the player's team name: 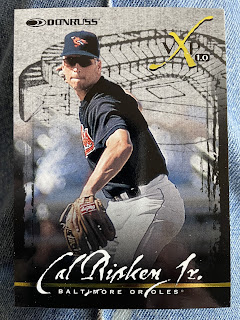 Nest up, we have Chuck Knoblauch: 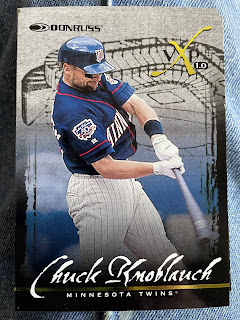 Alex Rodriguez is the third card in the pack: 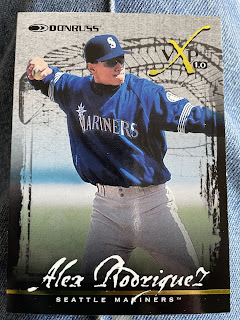 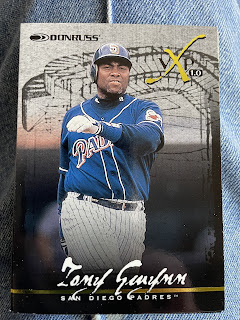 Jeff Bagwell meets us at the halfway point in the pack: 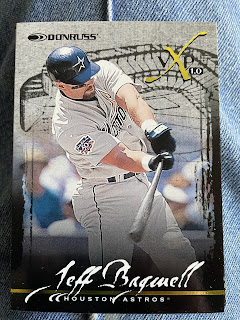 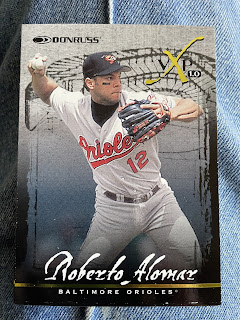 Number 7 in our pack is Bernie Williams: 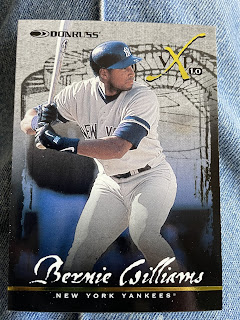 Up next, Reds' superstar Barry Larkin: 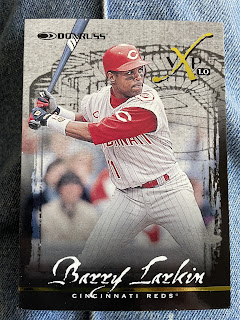 The ninth card comes to us by way of Ken Caminiti: 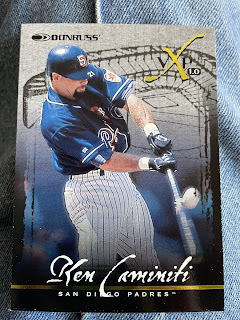 And rounding out the pack, Cubs' great Ryne Sandberg: 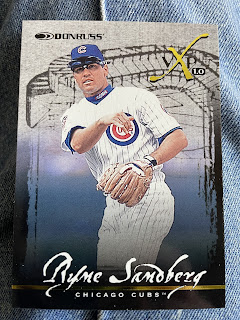 The backs feature the player in a different pose than on the front. There is also position, bio, and handedness information. The majority of the back is filled with stats: 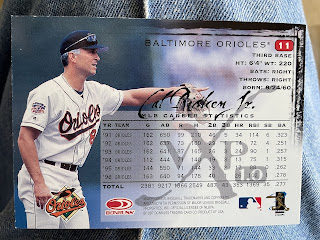 The CD-ROM runs on Windows 3.x and Windows 95. Pretty far back by today's standards. I loaded the disc into the drive, but did not attempt to install the program. Instead, I dug through the folders and found some neat images, videos, and sound files. For this post, here are some of the images: 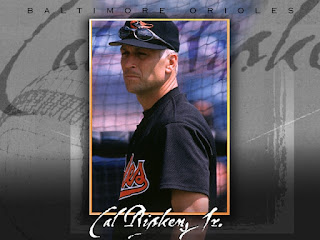 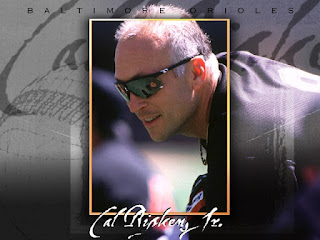 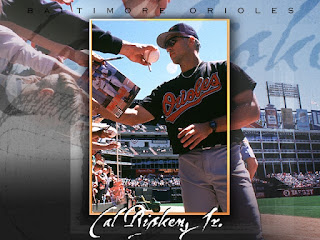 As for the actual content, I plan to fire up an emulator to run old Windows and install the CD there, capturing the experience and posting to my YouTube channel. That will be awhile, sorry.
The checklist of 50 base cards and 6 CDs can be found here:
http://www.baseballcardpedia.com/index.php/1997_Donruss_VxP_1.0#Base_Set

Very cool, thanks for sharing!

Cool stuff. Just another reason I enjoyed collecting in the 90's.

I have one of these of Frank Thomas already opened. I bought two or three of these back in the early Aughts, including A-Rod, Thomas, and Griffey.

The fun surprise is that at work I resurrected a vintage Apple PowerMac 5200, and the DISC WORKS as intended. It is a brilliant retro experience directly on the era-specific target hardware.

I'll see what I can do about capturing the end-to-end digital experience of late 90s digital-from-disc Frank Thomas, and put it YouTube and whatnot.

Good looking cards and great pull. The design really does work. I like the stadium in the background. Fun post.