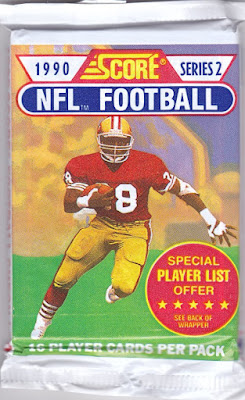 More than 11 years after Series 1 made its APTBNL debut, we're back with 1990 Score Series 2, the junkiest of junk football wax. While there still are probably millions of 1990 Pro Set boxes in a warehouse somewhere, at least those cards have their fans with the piles of variations to be found in each set. Score has all of the overproduction with none of the fun. Nostalgia is fun, though! 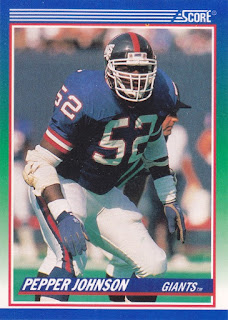 361 - Pepper Johnson - The Giants are always a solid choice for your Tecmo Super Bowl team. 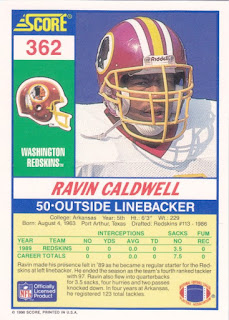 362 - Ravin Caldwell - One thing you can't knock about Score is that they did card back better than anyone else. 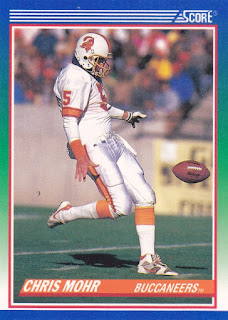 363 - Chris Mohr - You don't see a lot of punters in current football sets. 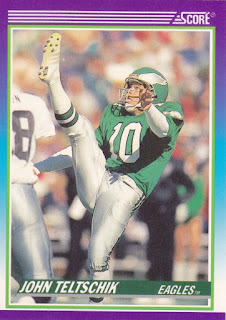 453 - John Teltschik - I liked choosing the Eagles when I played Tecmo, which is how I started following the team. Teltschik wasn't their punter (the game came out in 1991), though. That honor went to Jeff Feagles. 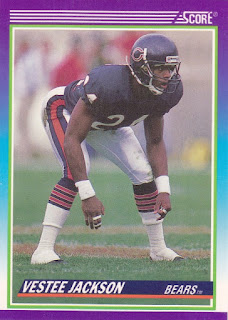 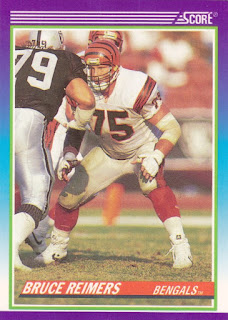 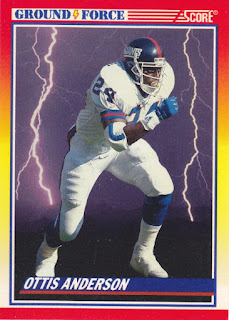 562 - Ottis Anderson - The best thing about the 1990 Score set are the silly subsets, like this Ground Force card. Nothing is quite as good as the Warren Moon Hot Guns card, but these come close. 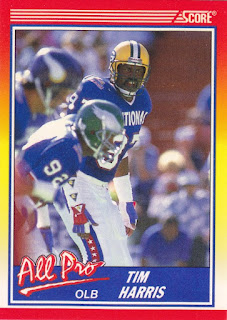 572 - Tim Harris All Pro - Nothing in professional sports is as unimportant and inconsequential as the Pro Bowl, but there were a lot of Pro Bowl themed cards back in the junk wax era. Score calls these "All Pro" cards, possibly for legal reasons. 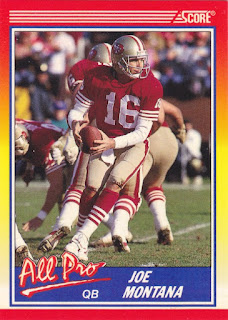 582 - Joe Montana All Pro - Unlike the Harris card, this just appears to be from a regular season game. 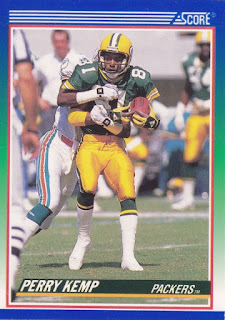 409 - Perry Kemp - Pre-Brett Favre, the Packers were actually kind of likeable. They weren't very good, though. 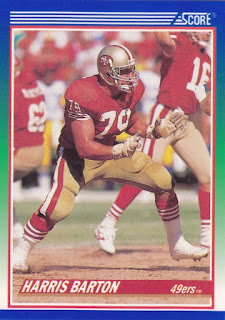 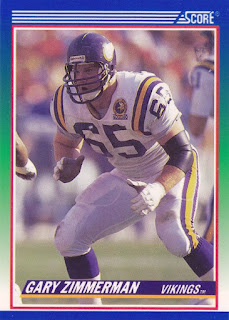 400 - Gary Zimmerman - A Hall of Famer and Oregon Ducks alum. 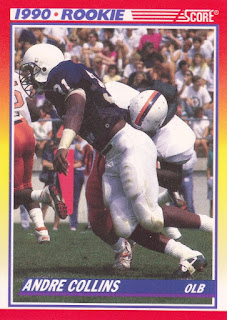 630 - Andre Collins - Rookie cards always showed the players in their college uniforms, although in Series 2 the team that drafted the player was mentioned in fine print on the back. 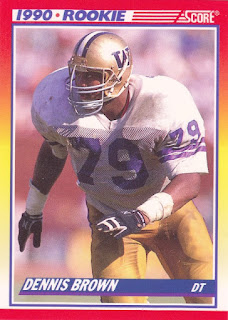 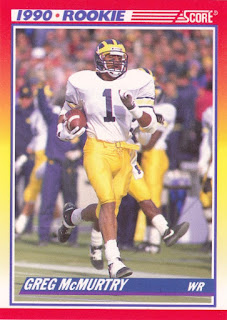 650 - Greg McMurtry - This guy appears to be on his way to some sort of end zone appearance. 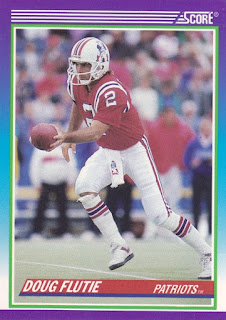 535 - Doug Flutie - We end things with a little Flutie magic.

The Eagles' punter was named Feagles? That sounds fake...it's just an F in front of Eagles :)

Feagles played for 22 NFL seasons!? (I looked it up) Like Jafronius, I figured it was a made up name. haha! Who knew... Well, nostalgia *IS* fun...

Bucco Bruce! Love those jerseys. Joe Montana saves the pack but definitely some other solid dudes in that pack. Zimmerman is great as well. And everyone loves Flutie. They did do great backs. No doubt and favorites of mine.