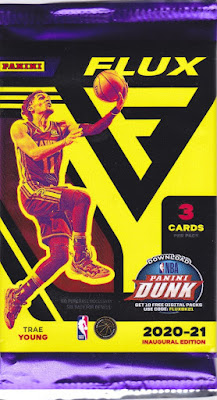 Panini debuted their Flux NBA set recently, because it apparently needed to cram another release from last season onto its calendar. Like Prizm and Mosaic, this is another set that features a chrome-style card stock. 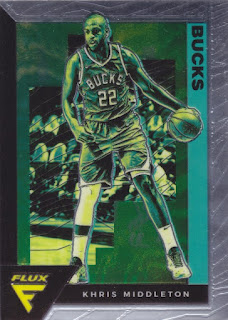 98 - Khris Middleton - It's hard to really describe what's going on here. Panini messes around with the color palette a lot to basically strip the life out of these photos. I'm not a big fan. 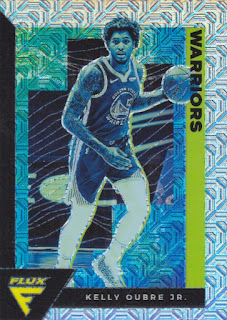 56 - Kelly Oubre Jr. Mojo - This pack is from a blaster, and the blasters feature these "mojo" Prizm parallels. Apparently, no one seems to own the copyright on this "mojo" thing, because Topps uses it for their megabox Chrome parallels. 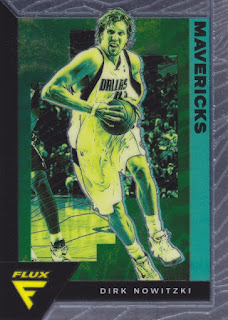 191 - Dirk Nowitzki - One nice thing about NBA sets is that they usually include a handful of legends and former standout players. If you're a Dirk collector, you'll probably be adding a few more cards to your collection.

This now holds the record as my all time least favorite NBA set.

Panini tries to be different and fails as usual

So glad I read this first!

Thanks for biting the bullet on this one Madding!

Wow, these look nothing like I thought. Too "artsy" for my tastes...but still wouldn't mind getting a Charlotte Hornets representative from the set at some time.