After months upon months of not being able to find sports cards on store shelves in the midst of a pandemic, I was surprised to see a few packs pop up over at a local Walgreen's store. I don't really collect NFL cards aside from Oregon alums and a few stray Eagles, so I normally wouldn't reach for a pack like this. However, I was pretty starved for packs to open in general, and I was eager to chase Justin Herbert cards. 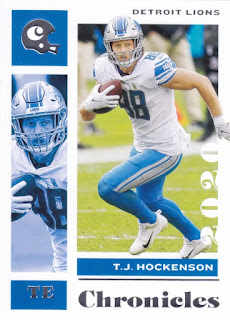 34 - T.J. Hockenson - This is what the base Chronicles design looked like in 2020. It's a little nicer than previous years, but is still very busy. 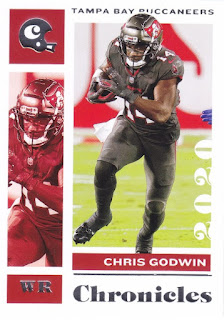 91 - Chris Godwin - I'm glad that Tampa Bay didn't have a lengthy run as America's Team or whatever. 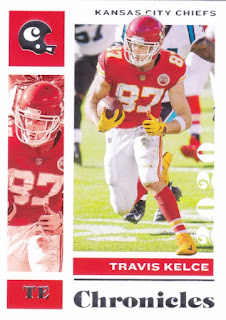 49 - Travis Kelce - As an Eagles fan who also watched through the Andy Reid era, I have rooted for the Chiefs at times but mostly think of Travis Kelce as Jason's brother. Sorry, but it's true. 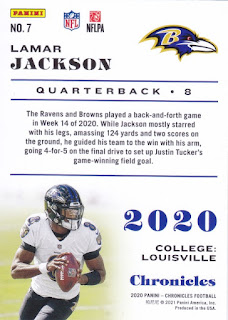 7 - Lamar Jackson - Here's a look at the base design's card back. Jackson had a hard fall this season from what I gathered. 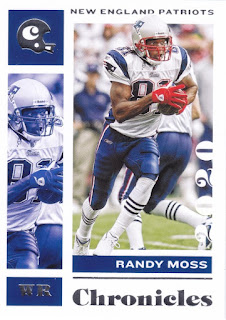 65 - Randy Moss - Unlike Chronicles sets in other sports, it seems like you do get a good bit of the base design in these packs. 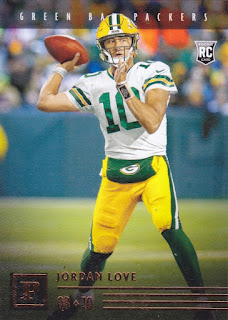 PA-4 - Jordan Love Panini Bronze - The non-base cards tend to be rookie-focused. This appears to be a bronze parallel of the regular Panini design. 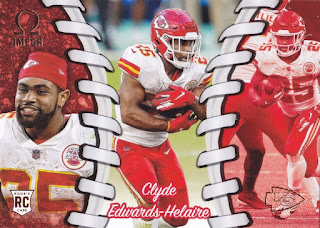 O-8 - Clyde Edwards-Helaire Omega - Here's our first look at one of the old Pacific designs. 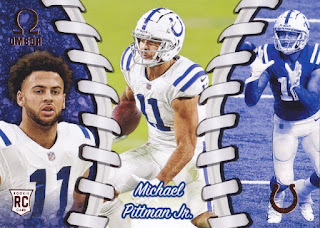 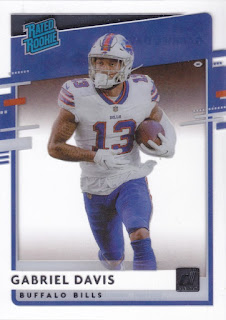 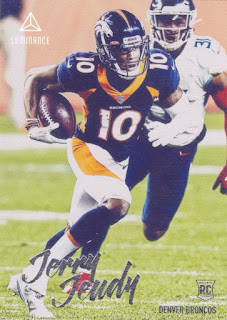 205 - Jerry Jeudy Luminance Update - I've never heard of this guy, but I really like the Luminance design with the full bleed photos. The card numbering is a continuation from the regular Luminance set that came out in 2020. 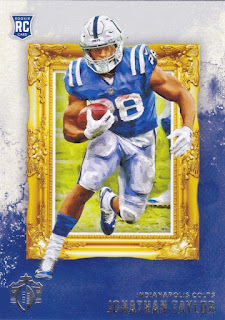 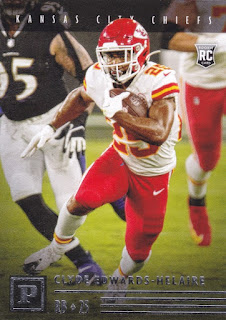 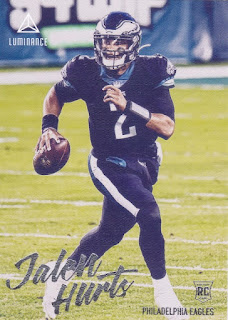 210 - Jalen Hurts Luminance Update - Here's a nice one for my meager Eagles collection. 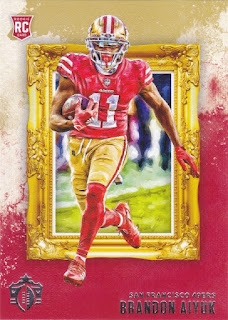 GK-17 - Brandon Aiyuk Gridiron Kings - My only gripe with these is that the frames are a little too thick. 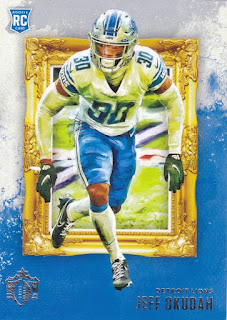