Since nobody asked for it, here's a pack of 1994 Score Series 1 Baseball. 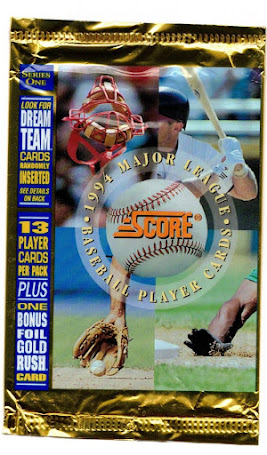 Leading things off are Brad Pennington, Jarvis Brown, and Zane Smith. Pennington and Brown have a combined -1.7 ERA, but Zane Smith (not to be confused with the driver) had a nice career spanning 1984-1996 with a 3.74 era and over 1000 strikeouts. 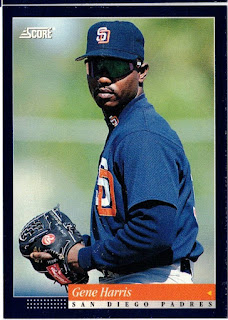 Gene Harris joins the negative WAR club in this pack. I'm not exactly a SABR fanatic but it's kinda funny when ripping old wax.

Kent Hrbek and Cory Snyder mirroring each other. Combined the two had over 400 home runs, but Hrbek is going to be better remembered for his role in the Twins '87 and '91 World Championships.

A nice shot of the Kingdome on our Mariners checklist card and Willie Blair who compiled a 5.04 ERA from 1990-2001 and is now a coach in the Tigers organization. 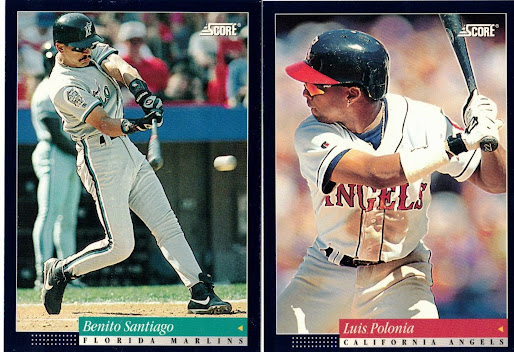 Benito Santiago and Luis Polonia, who is actually FROM Santiago, DR. 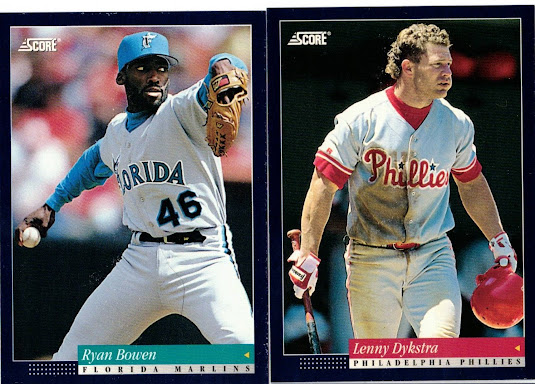 Ryan Bowen joins the negative WAR club in this pack, and Lenny Dykstra chewing what is most certainly a large wad of Dubble Bubble.

Finally we have John Franco's Gold Rush parallel and John Franco's base card. I put a little filter on this so you could actually see the Gold Rush card, it doesn't scan terribly well. 424 saves in Franco's iconic career.

I like these these cards too, especially the Cory Snyder card.

I like this set, too. The question is did you have to separate each of them with a butter knife?

Zane Smith is my favorite player from the pack. The Lenny Dykstra photo is so cool though.