It's been around 13 years since the last time we opened 85 Donruss. Let's give it a shot. 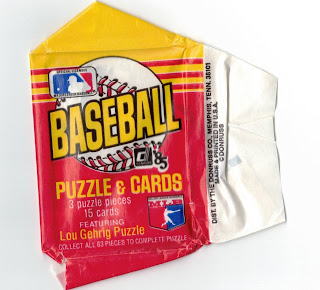 In 1985 we were just about to enter the junk wax era but not quite. Rookie cards in this set include Kirby Puckett and Roger Clemens. Let's see how we did. 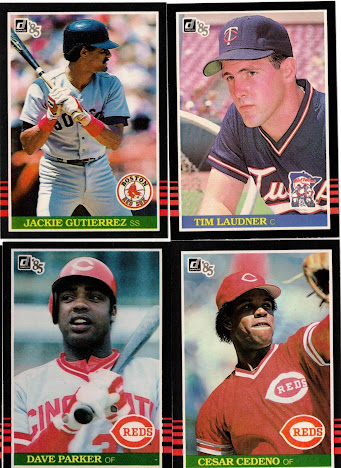 Jackie Gutierrez had a 5-year-long career finishing with 4 home runs and a .237 batting average. Tim Laudner was an important part of the Twins World Series win in 1987. Below them are both Reds, Cesar Cedeno was a 4x All-Star and won 5 gold gloves, and Dave Parker who should probably be in cooperstown.

Joe Hesketh had a solid career over 10 years. Rich Dotson made the All-Star team in 1984, Kurt Kepshire only played three seasons, but compiled a winning record and a 4.16 ERA. Salome Barojas has a much more robust resume for his time spent playing in Mexico, where he is in the Mexican BBHOF. 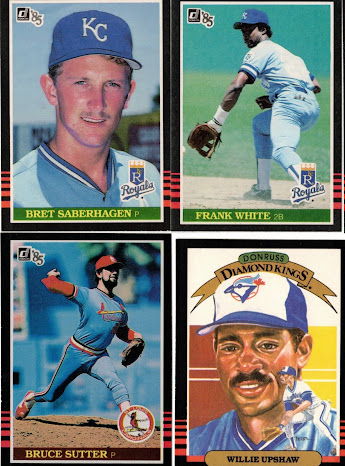 This is Bret Saberhagen in the peak of his tremendous career. Frank White had 5 ASG appearances and 8 Golden Gloves. Willie Upshaw had a brief unremarkable 10 year career before switching to coaching/managing. Bruce Sutter is, of course, a Baseball Hall of Famer. 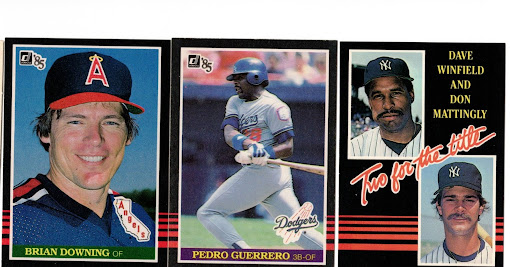 Finally here we have Brian Downing who had an ASG apperance and is in the Angels HOF. Pedro Guerrero put up a "not too shabby" .300 average with 215 dingers in 15 seasons.  Then we have our Yankees insert featuring Dave Winfield and Don Mattingly. 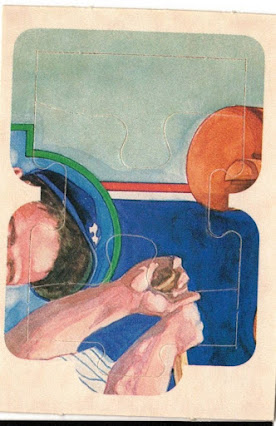 This, I believe, is a Lou Gehrig puzzle?

Well this was fun. I'd do it again.

I wouldn't call Joe Hesketh strikingly mediocre. He had a 60-47 record, 3.78 ERA. Led the league in winning percentage once, and had a 2.49 ERA another year.

15 cards and a puzzle piece for what, a quarter? Those were the days.

@GTT- You are correct. Mediocre is inaccurate and I changed my post to refect that.

Yep, that's Gehrig. "Two For the Title" was one of my favorites from the set. I like Winfield but was glad Mattingly won.