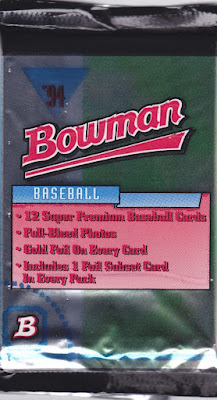 1994 was the year baseball stopped, and history seems to be repeating itself this year. Let's check out a pack from that fateful season. 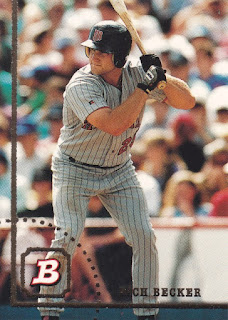 216 - Rich Becker - Bowman went to a full bleed design for one of the rare times in its history. 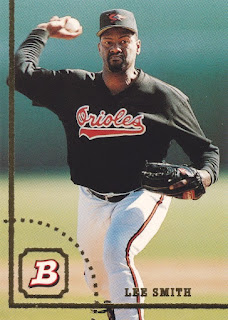 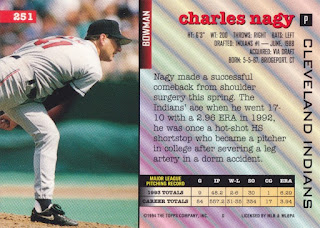 251 - Charles Nagy - Nagy had a nice career, making a few All-Star teams and pitching in two World Series with Cleveland. The backs of the cards offer another full-color photo. 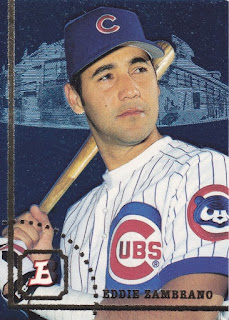 337 - Eddie Zambrano - Going back to 1991, Bowman had a tradition of making fancy cards for minor league award winners. Zambrano was the American Association Player of the Year in 1993. This one has an all foil background. 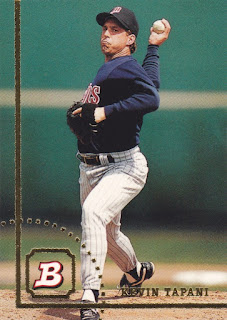 628 - Kevin Tapani - Tapani is another pitcher who put together a nice career, although he never made an All-Star team. 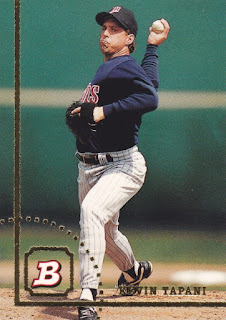 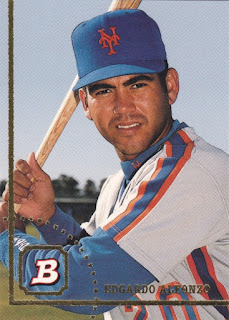 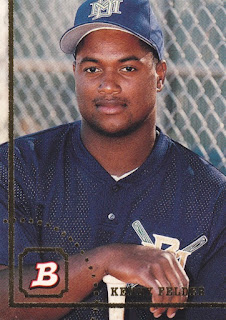 421 - Kenny Felder - Unlike present day Bowman, this pack has been light on prospects so far. I believe this is just the third. 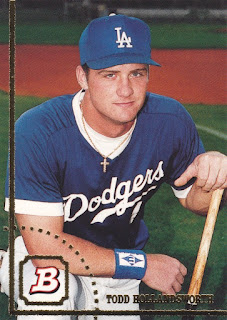 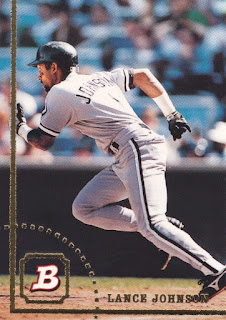 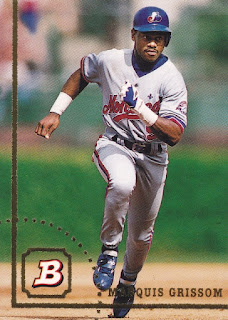 284 - Marquis Grissom - Grissom was a legit star for awhile there, and he was in the middle of his best seasons at this point. 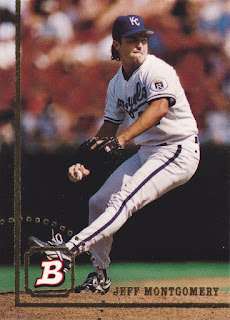 59 - Jeff Montgomery - We may as well wrap it up with another pitcher.

Email ThisBlogThis!Share to TwitterShare to FacebookShare to Pinterest
Labels: 1994 Bowman