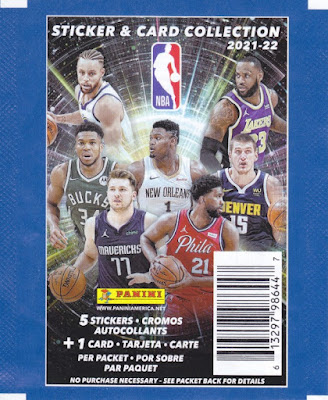 Brand new Panini cards! Er... and stickers. The season is already well past the midway point, but at least we finally have some new stuff to look at. Along with the new Hoops set, I believe this is the only thing from the current season available at the retail level. I was so excited that I bought a whole box and this is the first pack. 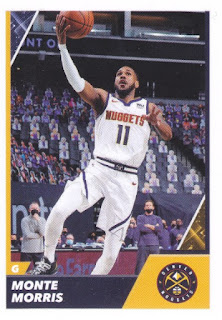 323 - Monte Morris - The design is pretty basic and typical of the Panini sticker sets from the past. There's a lot of face masks and cardboard cutouts in the background, which is hopefully going to look really weird in a few years. 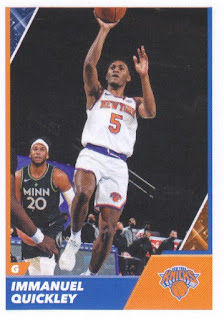 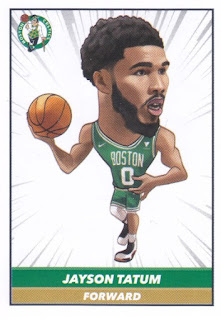 120 - Jayson Tatum - Some of the star players get this "big head" caricature treatment, which is not something I'm personally a fan of. I'm sure it's aimed at kids, because you know... [insert Panini slander here.] 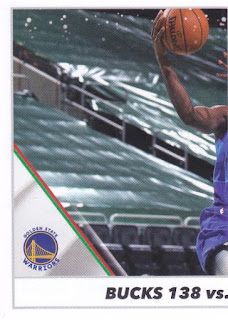 14 - Bucks vs. Warriors - Without the other half of the picture, I am not sure what's going on here. I would say that this was from the playoffs, except that the two teams are from opposing conferences and the Warriors definitely didn't make it to the Finals last season. 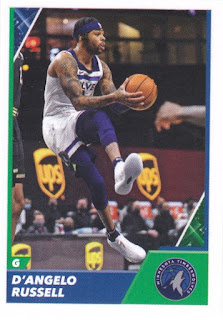 396 - D'Angelo Russell - Ads get a lot of free time on cards these days with humans temporarily pushed out of the background picture. 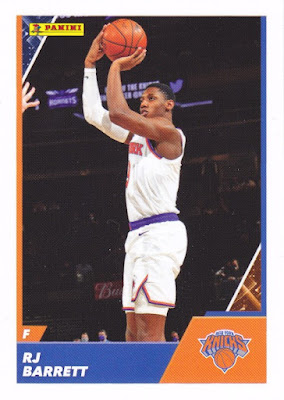 79 - RJ Barrett Card - As with the previous couple of years, each sticker packet comes with a full-sized card that isn't actually a sticker. The design this time is exactly the same, except that they added a Panini logo in the corner. There are foil parallels of these as well, along with serial numbered color parallels.