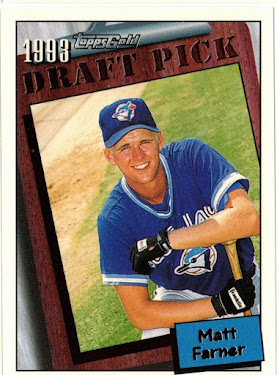 Starting things off is 1993 Draft Pick Matt Farner. His career ended in 1996, never making it past A level. 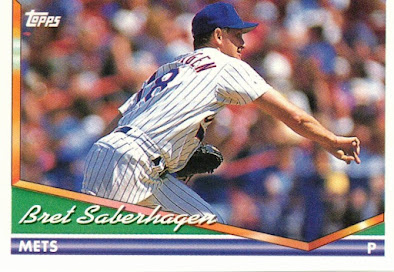 One of the most dominant pitchers of the 80's, Bret Saberhagen, seen here during his tenure as a Met. 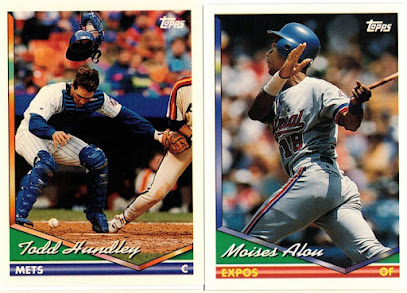 Todd Hundley, a Mets fan favorite, and Moises Alou, for whom one could make a compelling BBHOF argument for.

Unfortunately with 28 year old glossy cards, they stick together, as evidenced by the scuff on this Tom Candiotti, who is a personal favorite of mine being a knuckeball collector, who was stuck to Jody Reed.

Finally we have our last base and our two future stars including Manny Ramirez, who was, at this point, well into his career and just a year shy of his first All-Star Game performance. Nigel Wilson and Ricky Trlicek appear to have been stuck together as well. Cool pack!