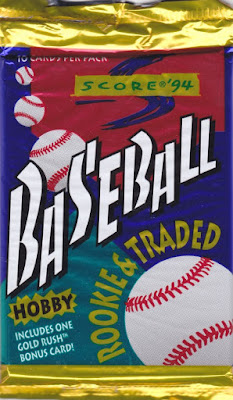 We're in the thick of the MLB playoffs right now, so I figured I'd post an MLB pack here. This one is 21 years old and looks like someone added a little too much '90s to the design template. Also, that craaaaazy font on the pack wrapper totally makes it look like it says BAS'EBALL. 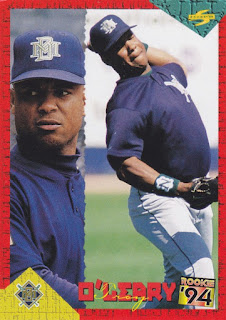 RT114 - Troy O'Leary - The interlocking M-B logo is pretty much the opposite of iconic. Why did the Brewers ever move away from the glove logo? Why did so many teams decide to completely change their look in the '90s? 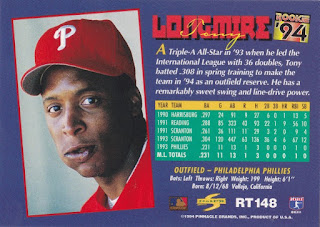 RT148 - Tony Longmire - The fronts of these cards violate a basic rule of "update" sets in that the design has nothing to do with the base design. The backs aren't quite as loud as the fronts, but they're still dripping with teals and purples and terrible fonts. This year also pretty much marked the end of Score's super clean and informative card backs. 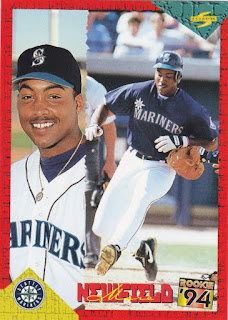 RT155 - Marc Newfield - Here's one team's updated look that I actually prefer over their earlier versions, though the old trident is pretty great in a way that is teetering on ironic. 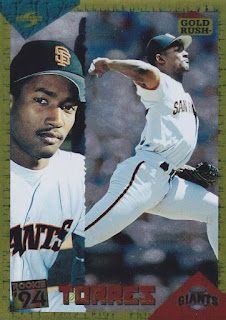 RT88 - Salomon Torres Gold Rush - The one-per-pack parallel as promised. Torres pitched for so many years out of terrible NL Central bullpens that I actually didn't realize he'd been out of the game since 2009. 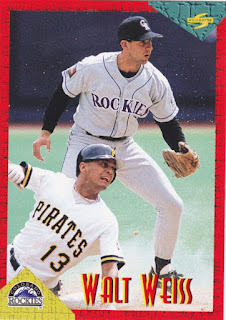 RT116 - Walt Weiss - As you can see, the non-rookies in this set have a completely different font for the player name and use just a single photo on the front. Weiss had a terrible year as manager of the Rockies this season but is apparently coming back for more. 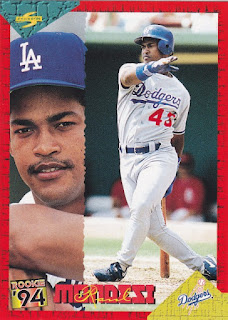 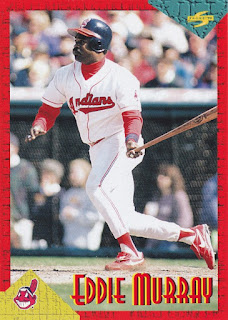 RT5 - Eddie Murray - There are generally much fewer legitimate star players in sets like these, but here we have a bona fide HOFer. 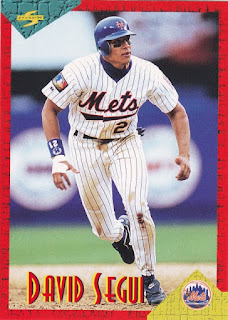 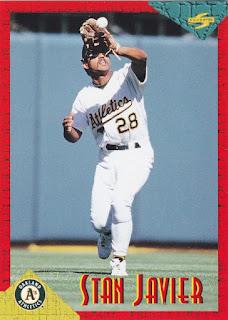 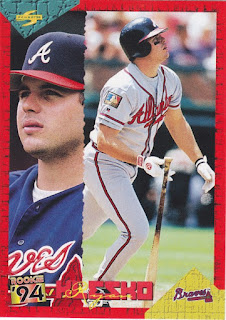 RT75 - Ryan Klesko - Like Mondesi, there's a Klesko lurking in just about every other '90s pack.