Written by Jafronius at 12:00 AM
Greetings!

Hope everyone's doing well.  Eight days ago marked my 4th year as part of this wonderful blog.  And the die-hards here know my anniversary posts are not sports related.  So, here's a first...it's a pack of 2015 Pokemon TCG XY: Roaring Skies! 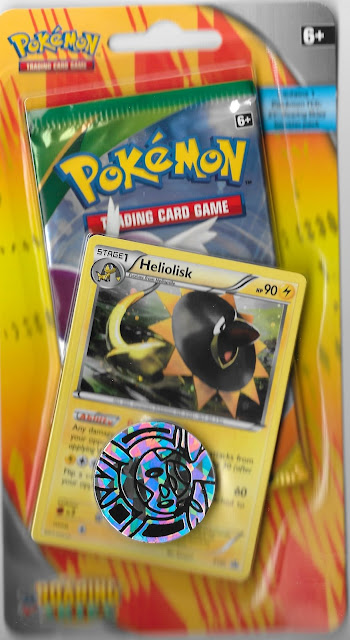 Like many young kids, my boys have discovered the pocket monsters and have asked The Wifey whenever possible to get them packs.  I have resisted, waiting for them to show some sort of responsibility in keeping the cards they have (I have yet to come across any of them Gabba Gabba cards since they were bought).  But, since The Wifey is The Boss, the boys each got a pack of the second most recent set a couple of weeks ago.  I was able to scan one before, well, I don't know where they went. 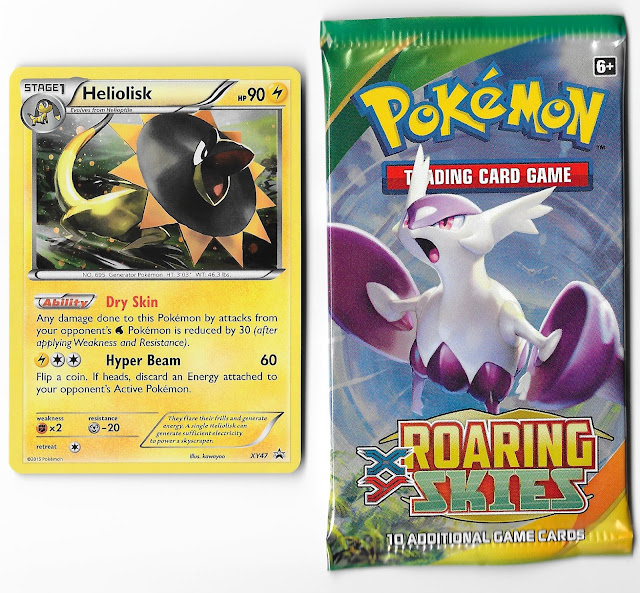 This hanger pack contains one pack of Roaring Skies, as well as some sort of coin and a some sort of promo card?  Anyway, this card's called Heliolisk and is apparently some sort of angry flying solar eclipse.  Anyway, here are the rest of the cards: 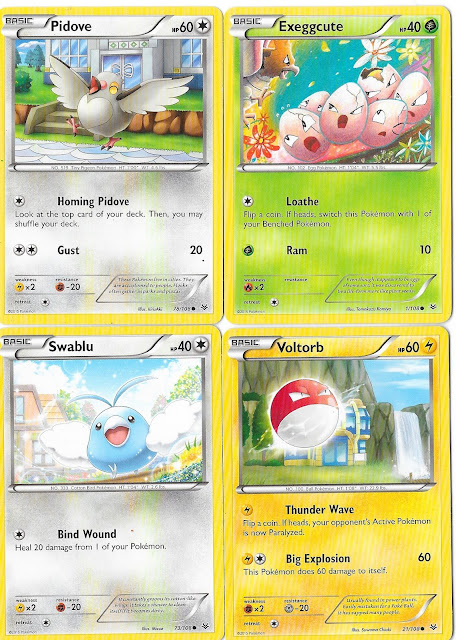 The card number is on the lower right corner of the page.  The circle means it's a common card.  If I'm taking Pokemon into battle, I'd rather take that angry flying solar eclipse thing instead of those cheerful, happy-to-be-here birds. 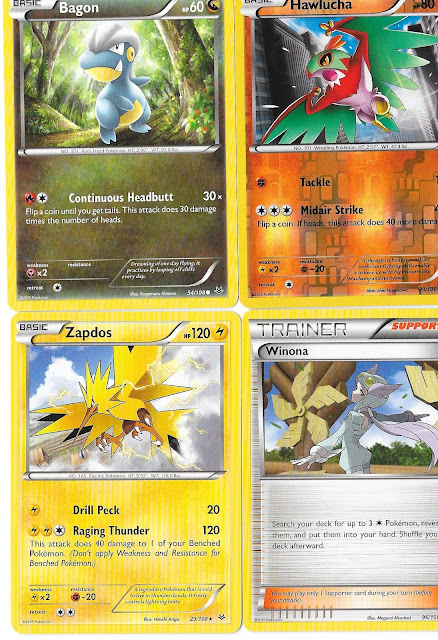 Zapdos is the rare card in the pack (it has a star on the lower right) and Winona is an uncommon card (it has a diamond).  Looks like you get 6 commons, 3 uncommons, and 1 rare.  Two more uncommons to go! It says on the Exeggutor card that if it gets too big, a head (which is a coconut) falls off, becoming an Exeggcute.  Isn't that out of a bad horror movie?  Anyway, I also scanned (poorly) the online ad card and a card back.

Anyway, that's it.  This is the first Pokemon pack to be posted here, and I'm sure you're all thinking "it's about time!"  Well, if the boys keep begging, I'm sure there'll be other packs up here soon enough.  Here's to another year of blogging...thanks for reading!