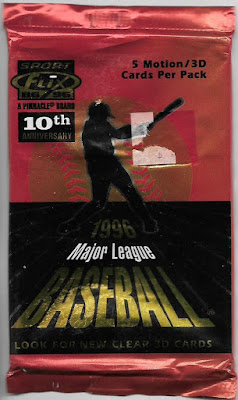 I haven't posted here since the first day of 2014. Yeah, it's been gnawing at me, like everything else.

So let's get one guilt-trip out of the way, huh?

There are five cards in the pack, so this will go quickly. A brief set review: the first 96 cards are base, the next 24 cards are stars in 3-D action (UC3), the next 20 are rookies, and three checklists bring up the rear.

A reminder: lenticular cards might be cool to view in your hands, but they're hell to scan. I did the best I could. Here you are: 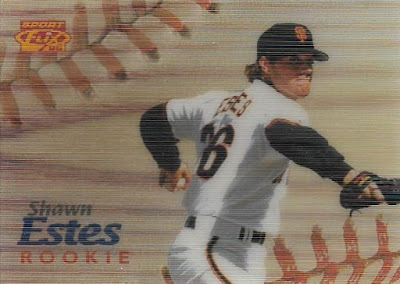 I've been pulling Giants like crazy out of the packs I bought at a card show over the weekend. This is yet another. In fact it's my second Shawn Estes card in three days. That shouldn't happen in 2016. 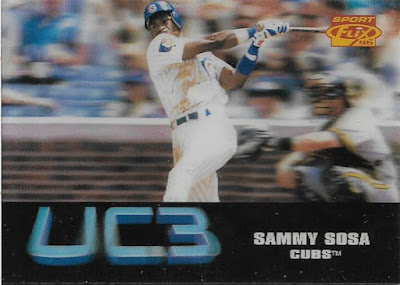 Slammin' Sammy in 3-D! I have to admit this is the first time I actually spotted the 3-D effect on these cards. It's kind of cool. And I really need to pay more attention. 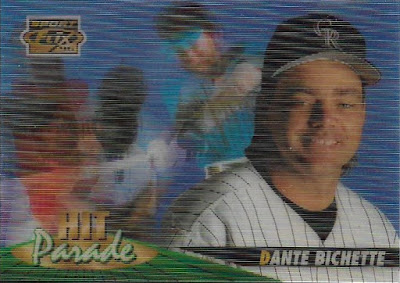 The Hit Parade cards are seeded 1 every 35 packs. Not bad with this pull, although Bichette is one of the less exciting players in the checklist.

The guy swinging the bat behind Bichette is not Bichette. Just some generic guy swinging a bat. Just because. 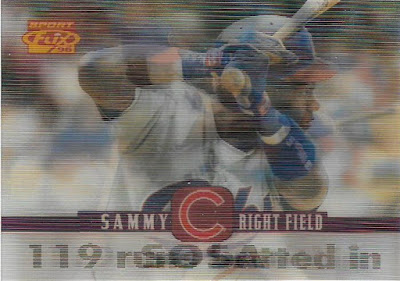 More Sammy. This is the first base card in the pack, which makes me think trying to complete this set was not easy. 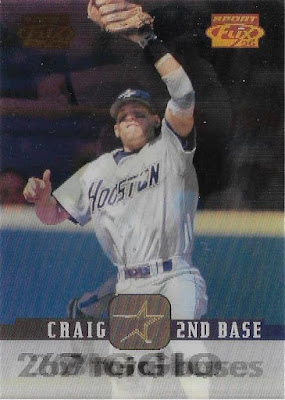 Vertical action! It's about time. The caption at the bottom reads "267 total bases."

And that's your pack. Told you it would be quick.

Here is the wrapper back: 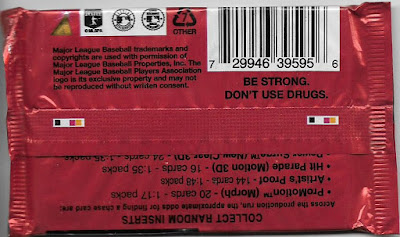 Don't use drugs. Tell that to the two Sosas in this pack.

Email ThisBlogThis!Share to TwitterShare to FacebookShare to Pinterest
Labels: 1996 Sportflix

I loved the 1980s Sportsflics. Were fun to collect and something unique. Thanks for sharing this pack.