Written by SumoMenkoMan at 8:02 AM
In preparation of the upcoming fight between Mayweather and McGregor, here is a pack of 1997 Bandai K-1 Grand Prix MMA - Round One.  I picked up a bunch of random Japanese card packs a few months ago to open on APTBNL so let's get started. 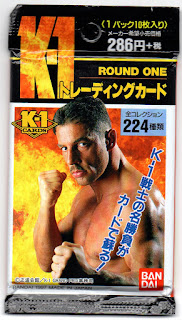 In 1997, this pack would have set you back around 300円, or about $3.00.  There are 10 cards per pack with 224 cards in the entire set.  I am not sure who would have been the chase cards in this set, but there are gold facsimile signed cards in this set....looks like 10 different ones so maybe we'll land one of those today.

By the way, if anyone wants these 10 cards, just let me know below and shoot me an e-mail at rakuda_chan@yahoo.com.  I'll send them to you free of charge.

Card #1:  Kit Lykins, The White Dragon. - I guess Kit was running some controversial underground MMA stuff a few years ago in the U.S.  Evidently, what happens in fight club, didn't stay in fight club. 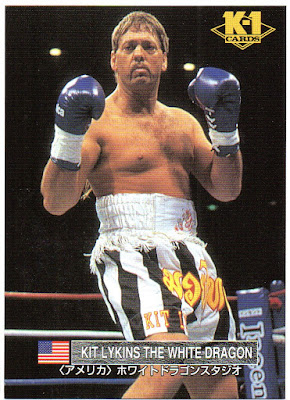 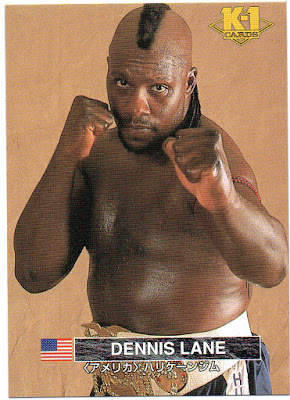 Card #3: Jan Lomulder - This Dutch fighter trained former sumo wrestler Wakakirin, after Wakakirin got kicked out of the sumo world for using marijuana. 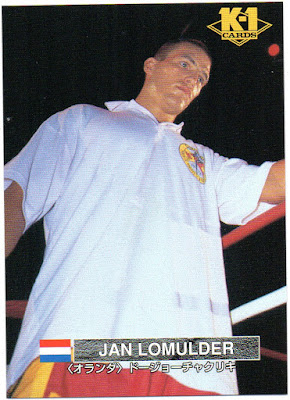 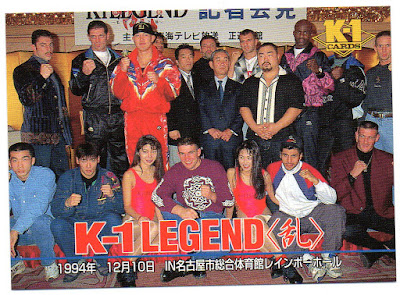 Card #5: A piece to the 9-card poster puzzle titled "Incent K-1 Dome Series '97"  That is not a typo and if you read it too quickly it could be bad. 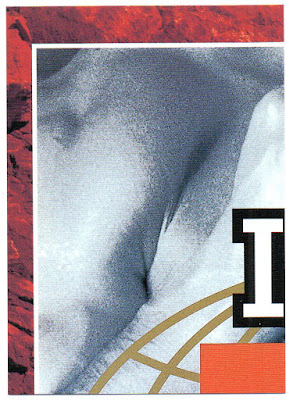 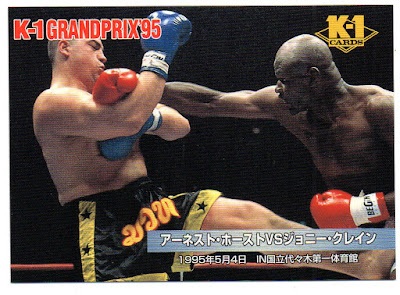 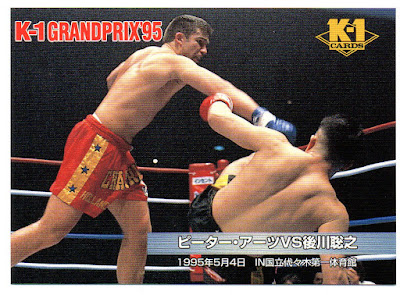 Card #8: Keith Pele Nathan from England...he now is an instructor at Pele's Gym. 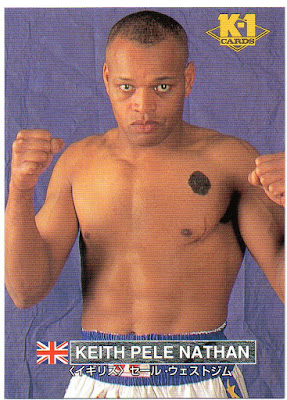 Card #9:  Aussie Dale Westerman seems to have fought a few times and retired back down to the southern hemisphere with his sequins shorts. 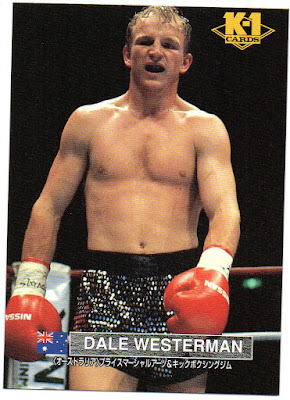 Card #10:  One of the few cards I got of Japanese fighters.  Takayuki Yamada rounds this pack out. 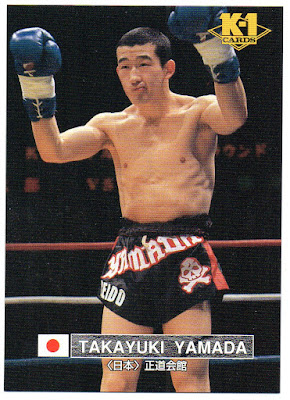 That does it for today.  More Japanese card packs to follow in the coming weeks.

Cool pack. Do you happen to know if Kazushi Sakuraba or Royce Gracie are on the checklist?

I've been trying to find a checklist, but haven't come across anything yet.