Written by Rebel Coyote at 6:25 PM 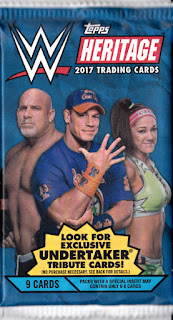 Another Topps WWE set and its the Heritage brand. Summerslam is coming up and there's bunch of inserts related to 30 years of the event. Here are the 9 cards 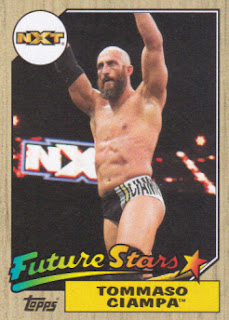 8 - Tommaso Ciampa - They used the iconic 87 Topps wood board design complete with logo of which brand they belong. Former NXT tag team champion with Johnny Gargano, he turned on him after the match at NXT Takeover: Chicago obliterating him. He's currently out and won't be back til next year due to torn ACL 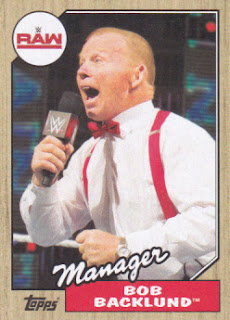 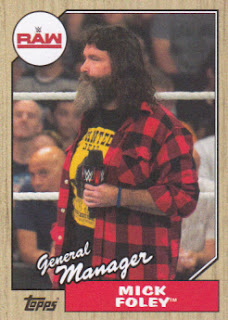 29 - Mick Foley - former three time WWE World Heavyweight champion had role as RAW GM which he no longer holds and is currently out of the fed. 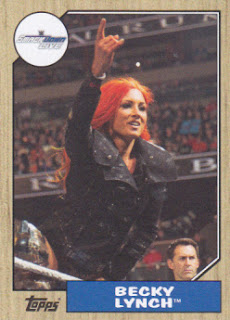 42 - Becky Lynch - one of four Horsewomen during her time at NXT, she's the first ever Smackdown Women champion 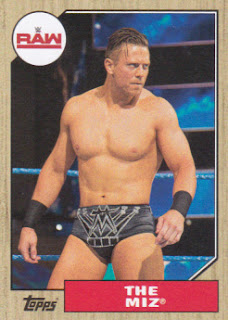 58 - The Miz - It's the former WWE World Heavyweight champion and current Intercontinental champion Miz who been on fire. Originally from Smackdown, he went to RAW during the roster shakedown which he continue draw ire on the mic and finding ways to keep the title. 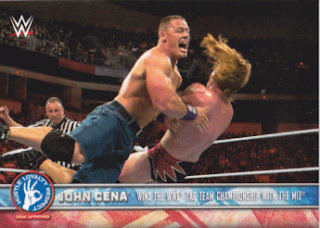 24 (of 40) - John Cena Wins Tag Team Championship With The Miz - this is third series of John Cena tribute consisting cards 21 through 30. The one feature the time he won tag team titles with Miz on RAW. 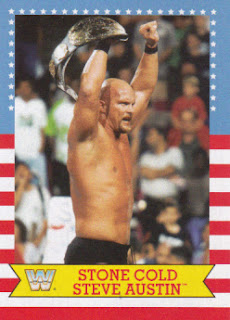 20 - Steve Austin - this is Summerslam All-Stars insert set. Got one of my favorites of beer drinking and middle finger waving Texas Rattlesnake. This one from Summerslam 98 where he beat The Undertaker in the main event. 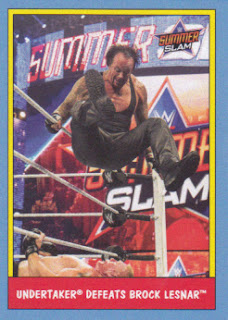 46 - Undertaker Defeats Brock Lesnar - this is 30 Years of Summerslam insert set. This one from 2015 main event in a very good match. It featured this laughing meme and Lesnar giving the middle finger to Undertaker while trapped in Hell's Gate. 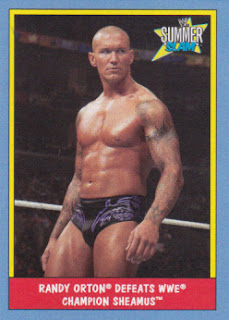 37 - Randy Orton Defeats WWE Champion Sheamus - from Summerslam 2010 I don't remember the match. I do remember the main of Team WWE taking on The Nexus.

Who's ready for Summerslam?

He's no longer under contract

I usually collect and build the annual WWE sets, but I'm growing tired of the brand and the lame stories...so my interest in the cardboard is starting to wane as well. The WWE Heritage sets are usually pretty cool, but I'm not sure I have the budget to try and build another set right now. Thanks for sharing.

I'm definitely looking forward to busting open some of these cards. I enjoy the retro designs and the checklist of old and new is a big draw. Thanks for sharing. This gave me even more reason to be excited. Great post.