Written by Jafronius at 10:48 PM
Greetings!

Hope everyone is doing well and enjoying the weekend.  We spent most of the day at the Middle School, where 24 teams of 4th and 5th graders competed in the Robotics Team Tournament.  My youngest son was one of the participants, and after a long day and some confusion at the awards ceremony, not only did his team win the Best Overall award, but also received a bid to the State Tournament in January!

It's a quickie post tonight to celebrate the occasion...because of his fondness for all things Nintendo, here's a blind bag of 2017 K'NEX Super Mario Mystery Bags Series 10! 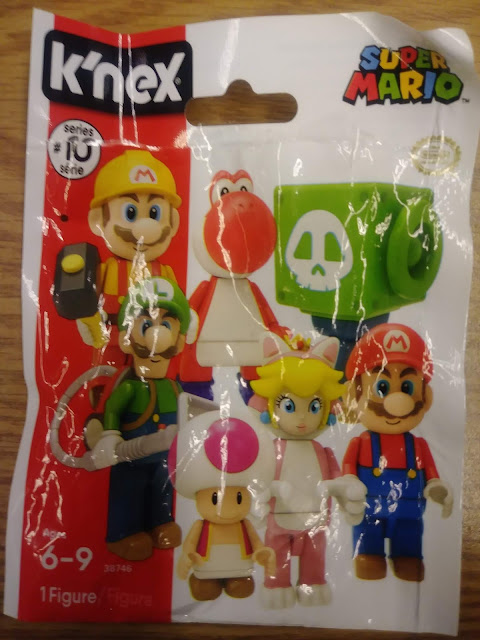 There are 7 characters you can get in the release, which you can see on the package.  Inside the blind bag is a small instruction sheet and several pieces that you can put together to make the figure.  What did he get? 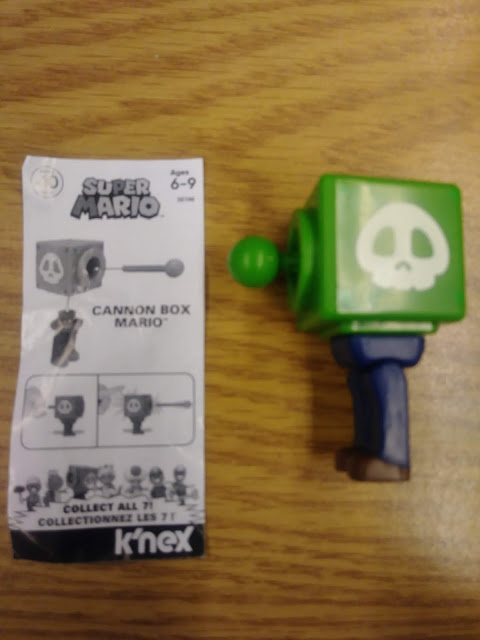 The instructions clearly says Cannon Box Mario, but the Super Mario wiki (yes there is such a thing) gives an image of Mario wearing the Cannon Box and he's red as expected, and the K'NEX website does list a Cannon Box Luigi.  Luigi is his preferred Mario Brother, so he was very happy to get it.

The green cannon ball is attached to a pole that sticks out of the back of the Cannon Box, so you can flick it and launch the cannon.  Cannon Boxes were introduced in Super Mario 3D World; some ? Blocks turn into Cannon Boxes when hit, but if you hit it again, you can wear the Cannon Box and blow up them Goombas real good.

Anyway, that's the pack.  Congrats to all the teams and kiddos who have taken up STEM courses, and thanks for reading!

Congratulations on your son's team winning the award! Best of luck at state!