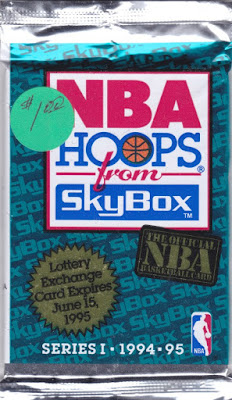 The NBA season begins tomorrow! Where did the time go? Speaking of, well, time... here's a pack from 25 years ago. 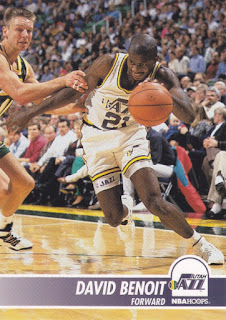 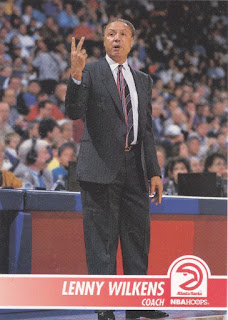 274 - Lenny Wilkens - Wilkens started his NBA coaching career in the late '60s and is still alive and kicking today. He's in the Hall as both a player and coach. 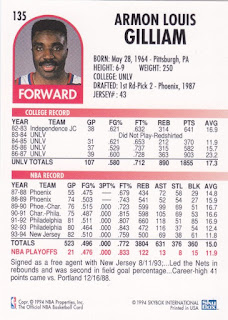 135 - Armon Gilliam - I always enjoyed the Hoops card backs. Full color and full of stats. They even included the college stats for a time, which is really cool. 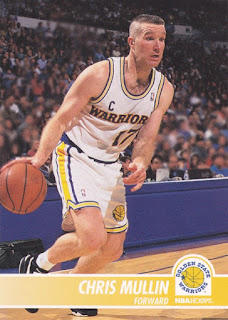 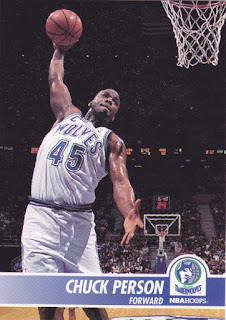 125 - Chuck Person - It looks like Chuck is getting ready to do some serious damage to the hoop. 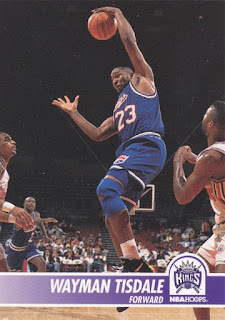 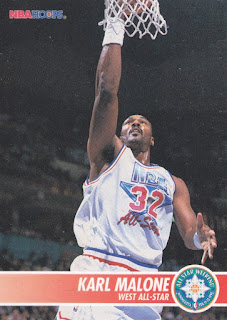 242 - Karl Malone All-Star - I wasn't a huge fan of the early '90s All-Star uniforms, but compared to what they trot out these days, they were downright amazing. 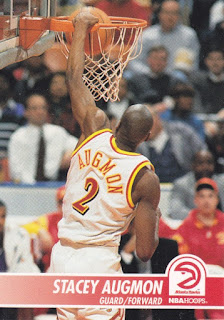 1 - Stacey Augmon - The Plastic Man throwing it down. 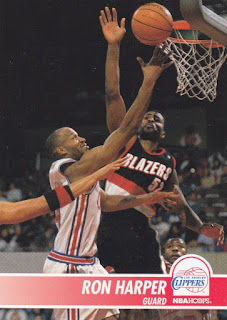 93 - Ron Harper - Sadly, we didn't get any Blazers in this pack, but we do have Ron Harper going up against post-goggles Buck Williams. 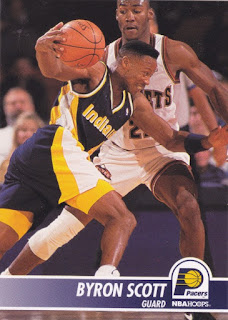 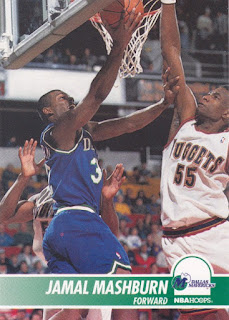 46 - Jamal Mashburn - Was this photo cropped to avoid showing that Dikembe was about to embarrass Mashburn? I think it was. 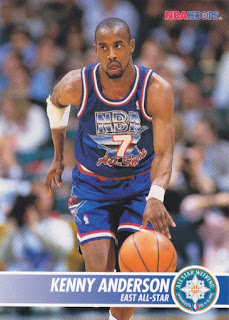 Mash was definitely gotten by Dikembe on that play!

It's weird to see Byron wearing a Pacers jersey. So many great memories wearing #4 for the Showtime Lakers.

Not one of the great designs but very solid. Love the Augmon photo. Fun post and good pull.