Written by cynicalbuddha at 9:00 AM

Stopped into Wally World to pick up a few things and a few packs of Update to start my set. This was the best hanger of the bunch.

First up my favorite new guy on the Brewers.  I hope he can keep it up next year. 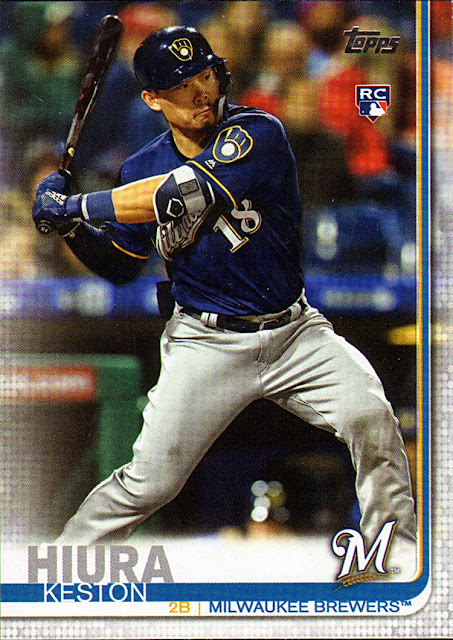 Topps continues to put the series under the card number, but seems really unnecessary for the update series. 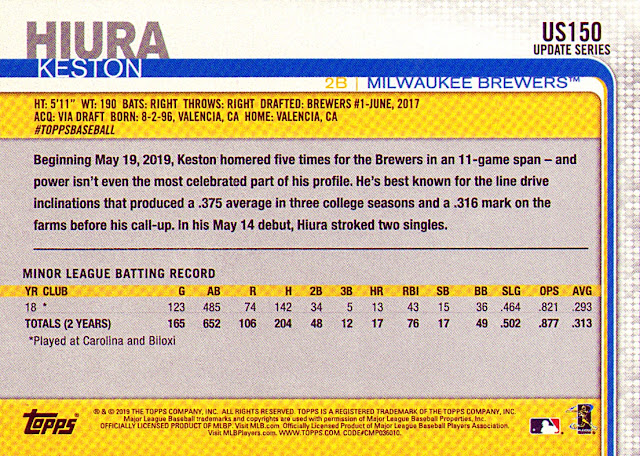 Here are the rest base cards, great photograph as always. 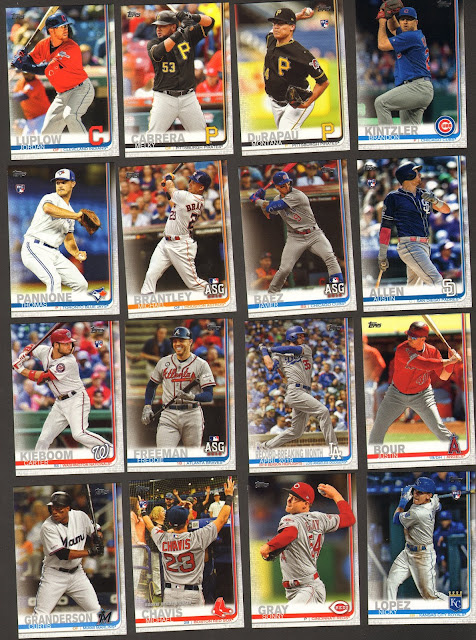 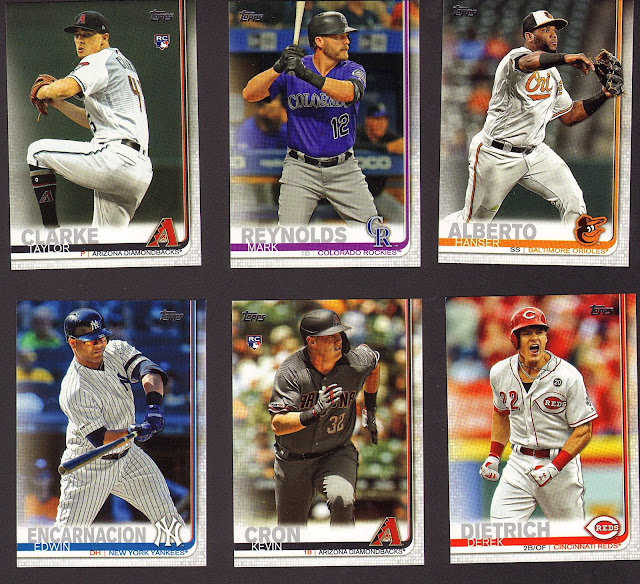 The horizontal base.  I really like those rookie combo cards. 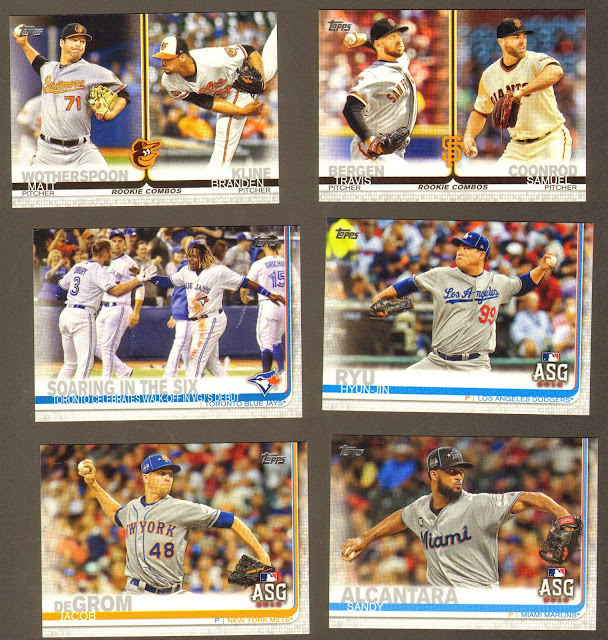 Now for the inserts.  First up one of the continuation sets, the 1984 Topps tribute. 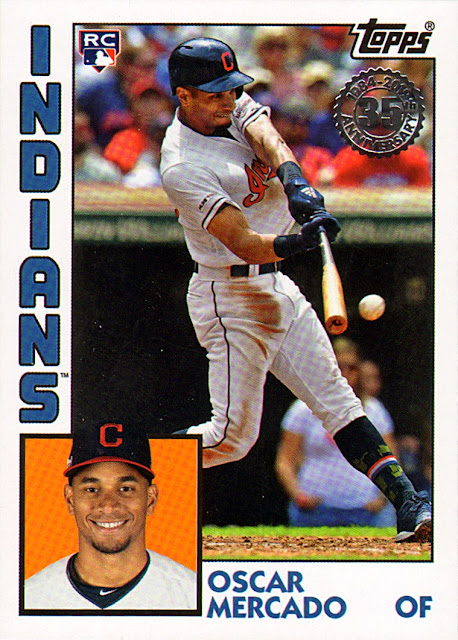 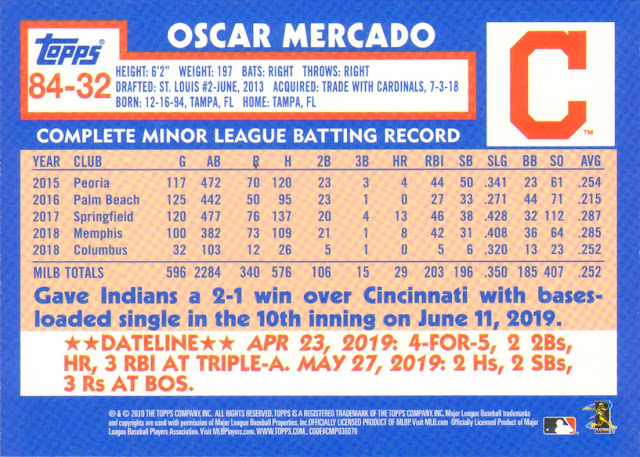 As advertised my one Bryce Harper insert. 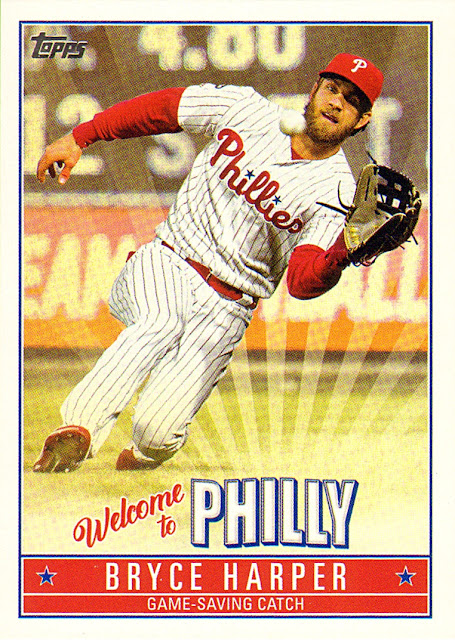 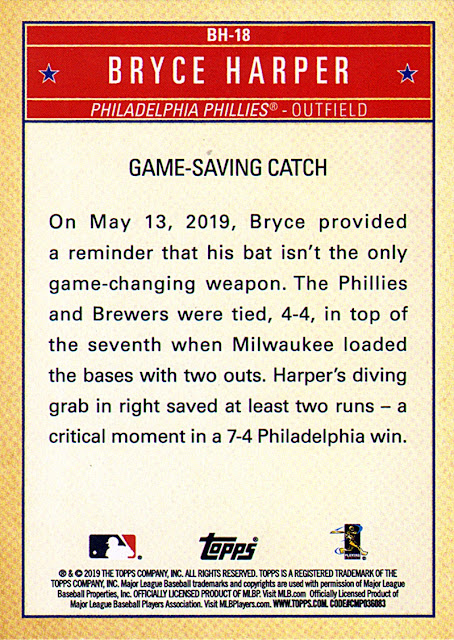 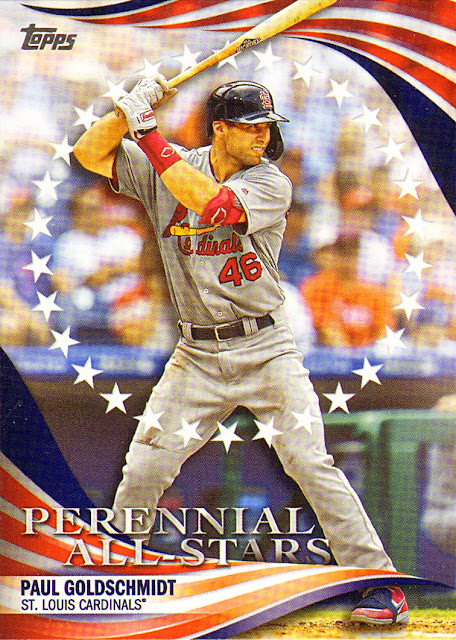 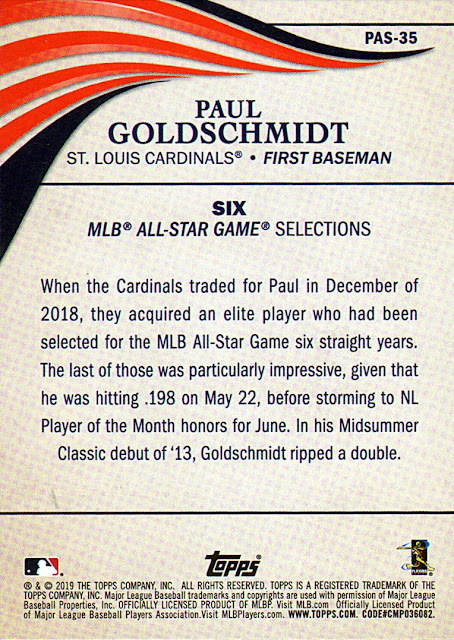 And a nice ASG gold parallel of some guy named Acuna. 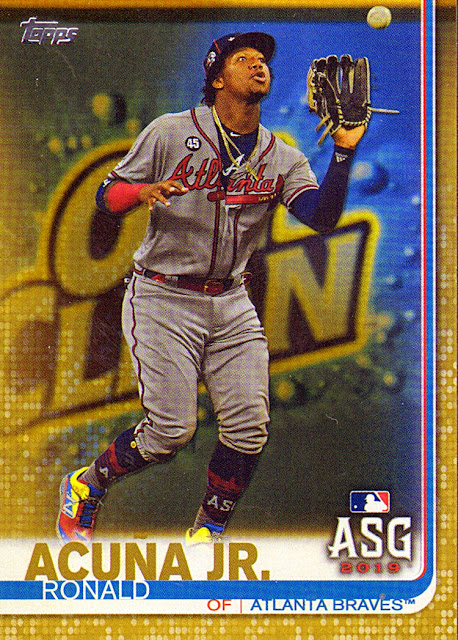 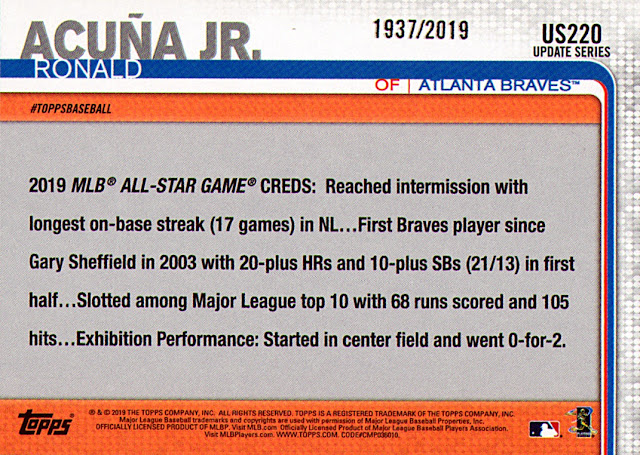 And while I didn't get an auto or relic in any of the packs this Griffey Legends Variation SP sure was a nice addition. 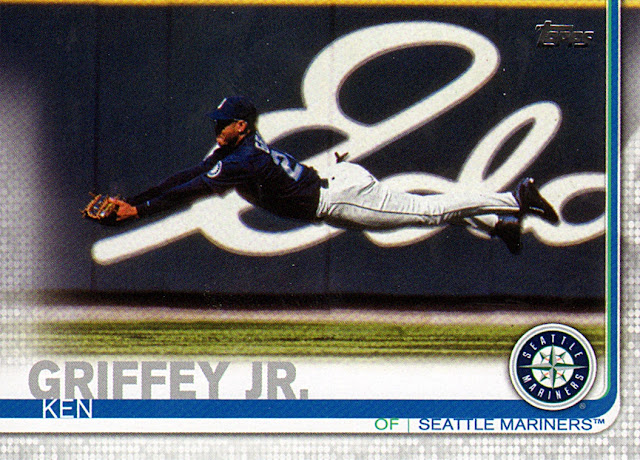 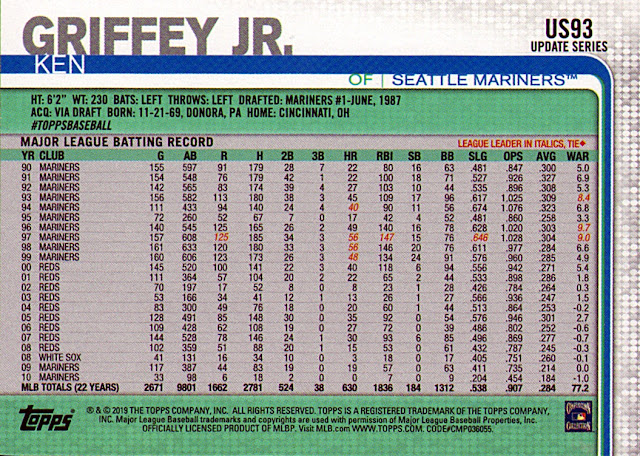 For a hanger pack, you certainly can’t complain.

That Griffey is the best Update card I've seen so far. Shame it's a short print.

Good post. That Griffey photo is awesome. Excellent pull. I'd take that any day.