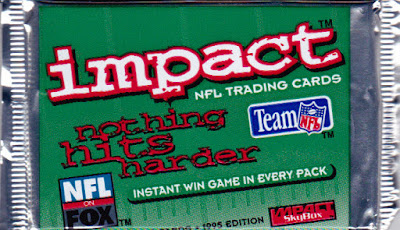 Another pack from Houston Sports Connection with 1995 Skybox Impact football cards. It's their second year set with NFL on FOX onboard. There are 12 cards in the pack along a game piece. 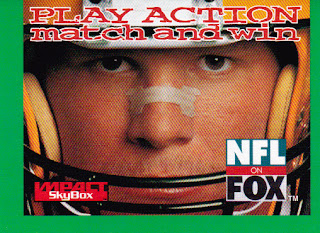 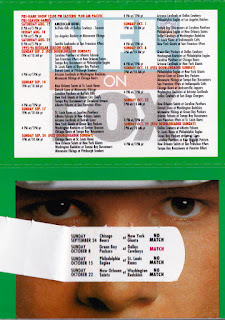 The game piece included schedule of NFL on FOX from 1995 season.  The object is to peel off the "nose strip" and match the game on schedule. I got one match 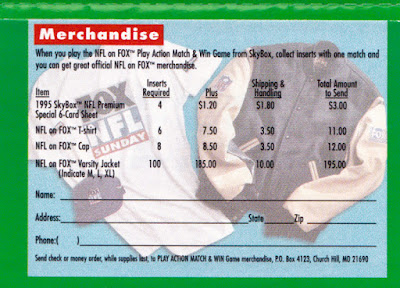 You trade the matches in for NFL on FOX merchandise. Know anyone that once owned one? 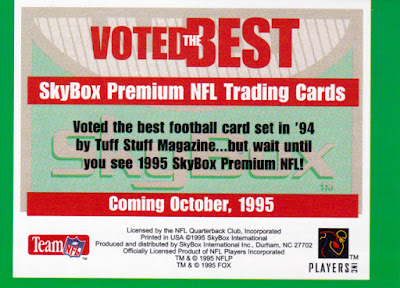 Skybox wants you to vote this as top NFL trading card set on Tuff Stuff. Who remembers Tuff Stuff publications? Of the few that came out only Beckett remains. 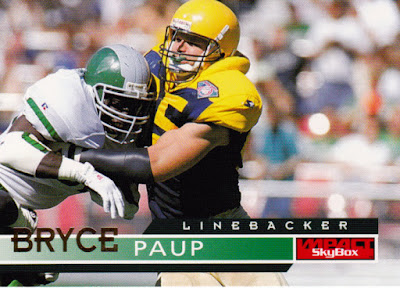 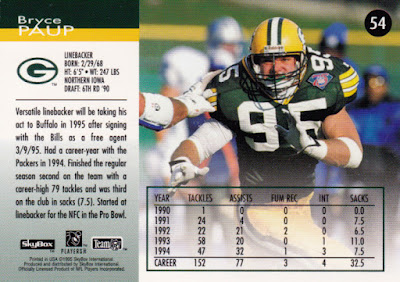 54 - Bryce Paup - wearing Packers retro jersey. The back announced him signing with Bills during free agency 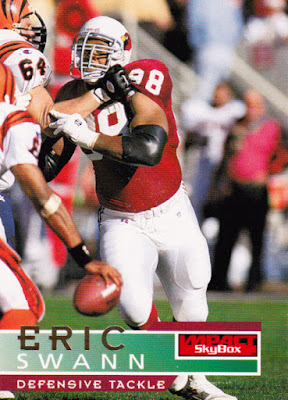 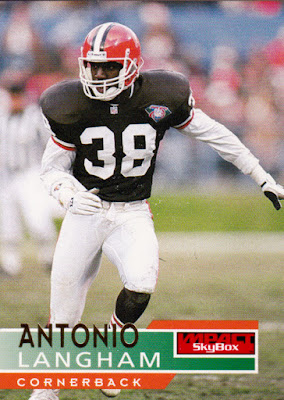 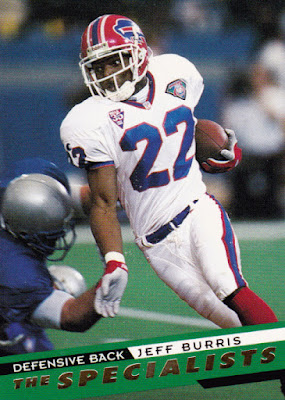 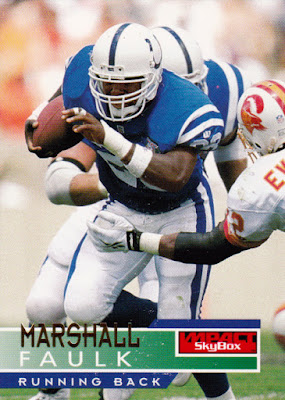 64 - Marshall Faulk - started his Hall of Fame career with Colts 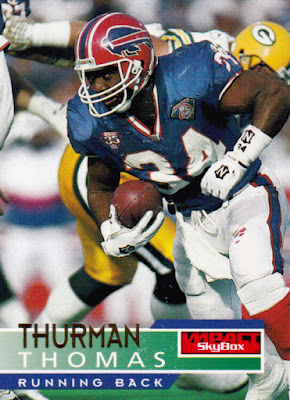 13 - Thurman Thomas - another Hall of Famer 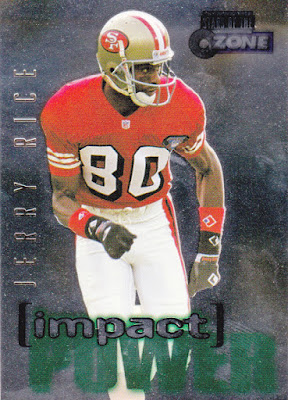 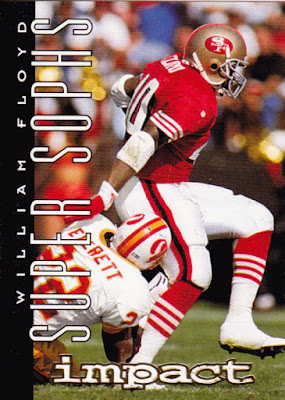 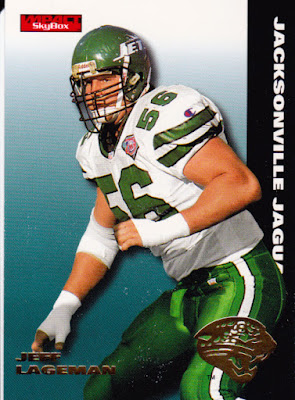 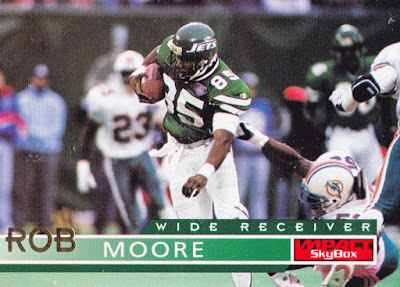 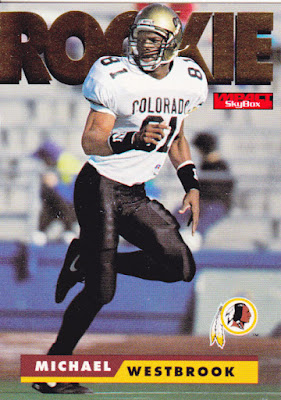 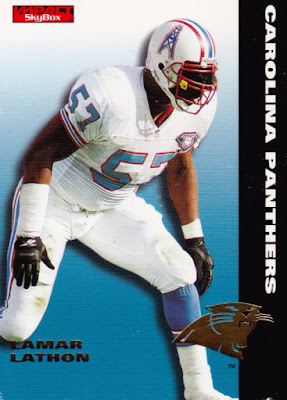 This is much better set than previous year.

I remember Tuff Stuff. I remember this set, too. I still really like it.