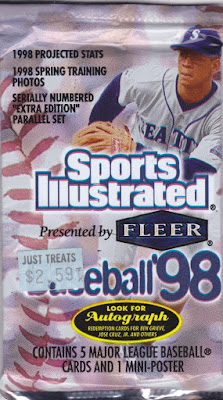 This is an odd one. First of all, I'll point out that the wrapper is wrong. There are (depending on what you count on cards) at least 7 cards in this pack. It's not like the pack was overstuffed or anything. I think this is normal. I also defied the naming convention the brand would expect you to use by calling it Fleer Sports Illustrated, when it's really Sports Illustrated (Presented by Fleer, perhaps). I think that's okay, because there's precedent for it. 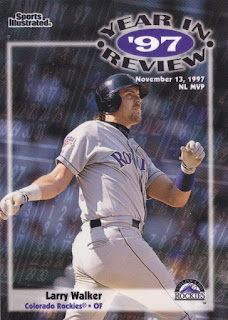 192 - Larry Walker - We start things off with a subset card of the recently elected HOF member Larry Walker. Subsets appear to be a big thing in this set, as you'll see. 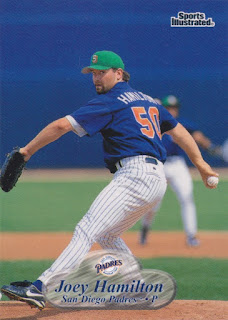 56 - Joey Hamilton - Here's the base design. I think this set was trying to be Fleer's answer to Stadium Club, only with the whole famous magazine theme. This must have been a St. Patrick's Day game. 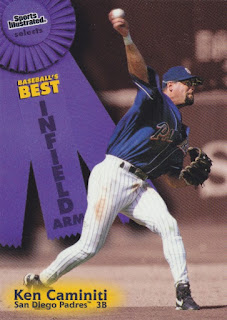 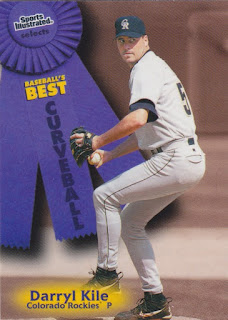 140 - Darryl Kile - This one is for my DK collection. I can't complain about that! 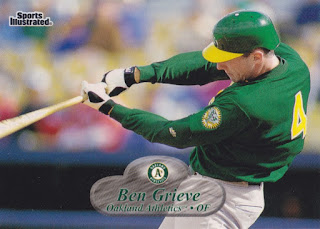 50 - Ben Grieve - According to the wrapper, Grieve was one of the featured autograph subjects in this product, which really takes you back to a time when people were hoping for Ben Grieve cards. 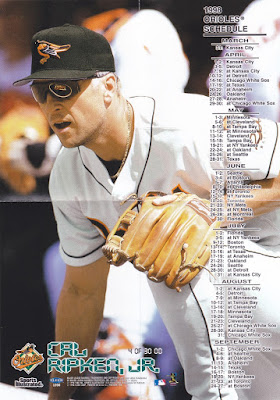 4OD - Cal Ripken Jr. Opening Day Mini Poster - This is one of the non-cards, a foldable mini poster of the Iron Man along with the Orioles schedule for the year. 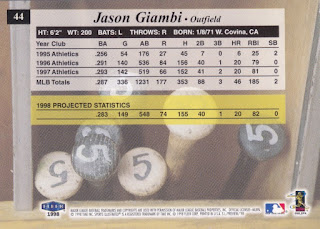 44 - Jason Giambi - Here's what the backs of the base cards look like. It's always the same picture of the bat knobs. 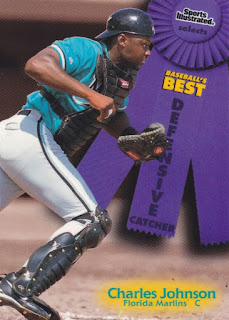 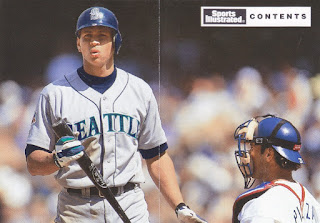 Even the freebie checklist at the back of the pack doesn't look all that bad. This folds over similar to the mini-poster, but it's just half the size.

That is a cool Ripken mini poster. My all time player collection is Ripken and I have never seen that poster. Is it up for trade?

I was one of those guys hoping to pull a Grieve. ;D

I like the later Fleer SI sets, but I just don't care for the design of this one.