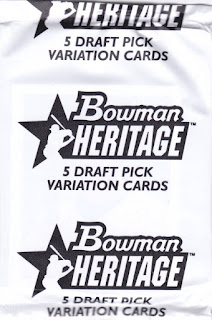 I'm a big sucker for the Topps Heritage line, and am one of the (probably much fewer) fans of what they did with Bowman Heritage back in the '00s. I picked up a cheap hobby box from 2006 recently and here's the box topper pack. The last 25 or so cards in the prospects set had special mini photo variations that apparently came in this configuration only. 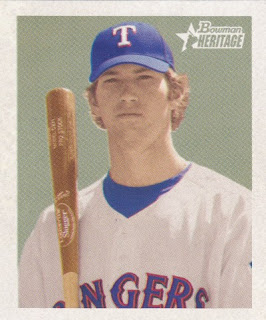 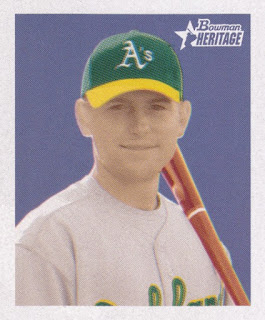 BHP82 - Matthew Sulentic - When you google a baseball player's name and the first two results are his LinkedIn profile and the actual baseball card image that prompted you to look him up in the first place, it's a pretty good sign that he didn't stick around the game long. 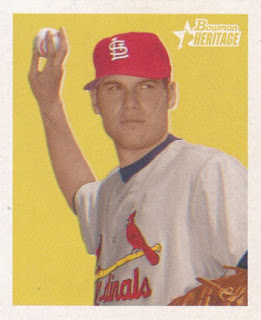 BHP83 - Adam Ottavino - Here's a guy who took a bit to stick, but he's still in the game these days. 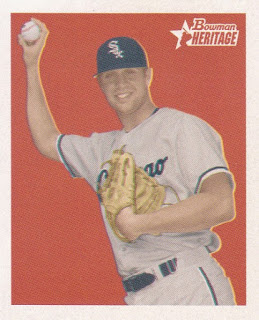 BHP84 - Matt Long - Another awkward "look at me, I'm pretending to throw the ball!" pose. 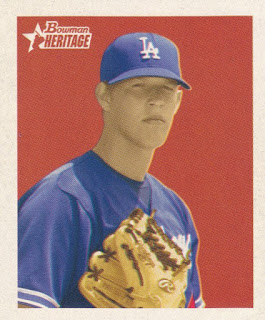 Congratulations on pulling that Kershaw!