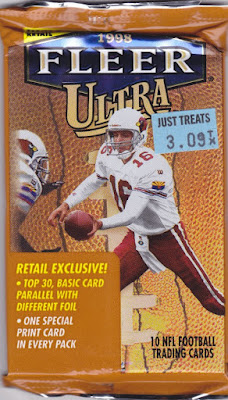 Who needs a third-rate pro football league that plays in the spring months when you can have the real thing, albeit it on a batch of decades-old football cards? 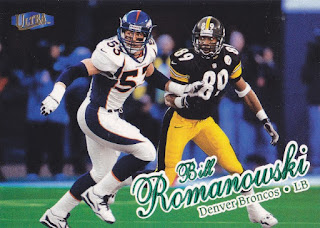 275 - Bill Romanowski - Romanowski was one of the bigger names in the game at the time. That's all I'm really gonna say about him. 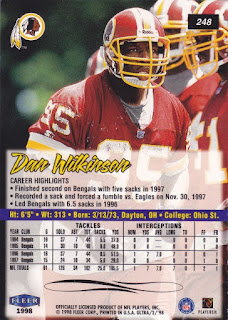 248 - Dan Wilkinson - Wilkinson was the #1 pick overall, taken by the Bengals, which can ultimately only lead to disappointment. 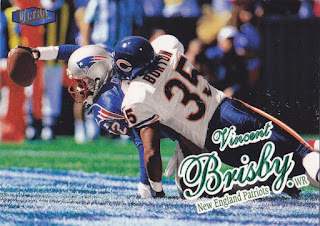 276 - Vincent Brisby - This was close to being the last time the New England Patriots were likable. 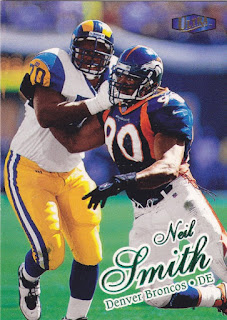 306 - Neil Smith - Longtime Chiefs end Neil Smith was one of the better defensive players around. 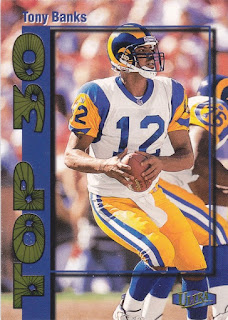 4TT - Tony Banks Top 30 - These inserts are a retail exclusive found in every pack. 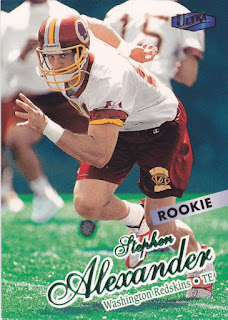 409 - Stephen Alexander - Some sort of rookie tight end from Oklahoma. 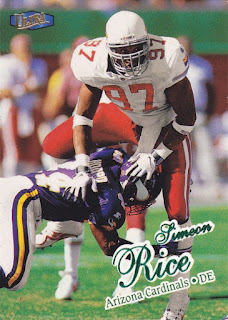 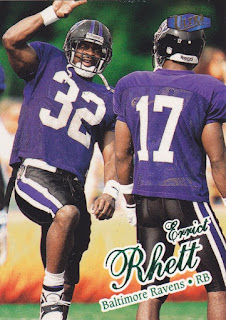 277 - Errick Rhett - I think I remember him from Tecmo Super Bowl III. 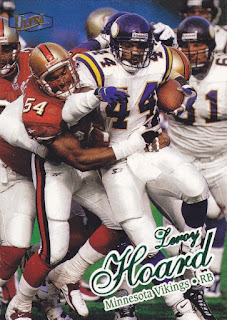 336 - Leroy Hoard - Another guy from the 16-bit Tecmo era. It's easy to remember the running backs for some reason. 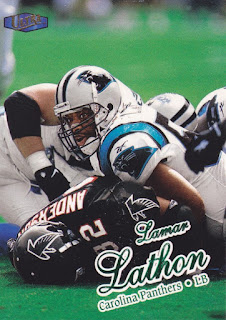 293 - Lamar Lathon - We conclude things with a guy for the expansion team Carolina. Well, I guess they had been around for a few seasons at this point.

Lol. Simeon Rice is treating Leroy Hoard like he's toying around with his baby brother.