Written by Jafronius at 2:28 AM

Hope everyone is doing well.  I was half-tempted to put "Retail" in all caps and include exclamation points and such because here's a pack of Stadium Club found in a Target gravity feeder a couple of weeks ago. 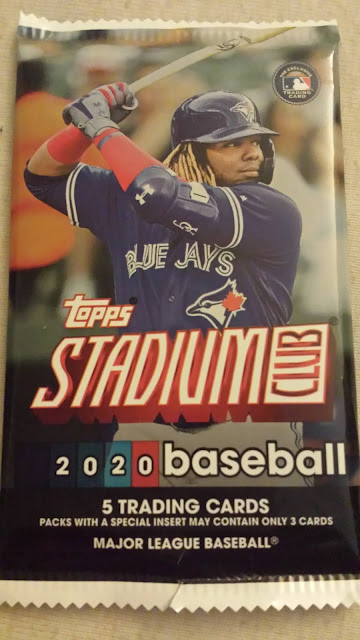 I walked into Target a few minutes before closing time on a whim to see if I could get lucky.  Lo and behold, there was 1 blaster box and 3 packs in the feeder.  I bought he blaster box and the pack you all will see here and left the other 2 packs, hopefully paying it forward for a non-"card bro" to get the next day.

I usually don't get the retail packs, opting for the fat packs and the blaster boxes.  3 bucks for 5 cards usually doesn't impress me, but because virus, desperate times.  Here's what I got: 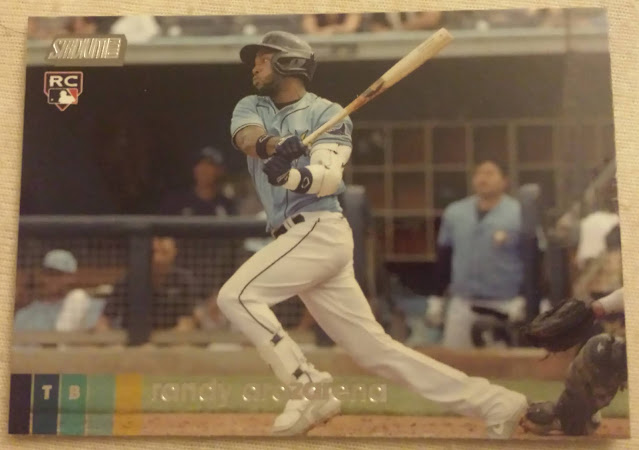 Randy did pretty well in limited action this year, and had a good night last night to put the Rays one win away from knocking off the Yanks. 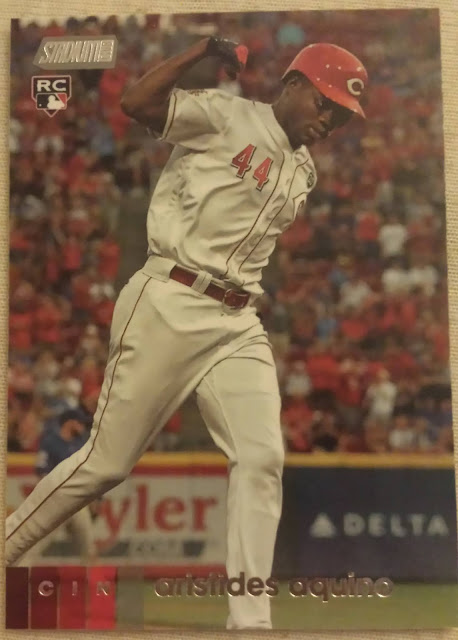 After a big 2019, Aquino was a letdown in 2020 as he couldn't crack the Reds' outfield.  Too bad for me as well since I had him on my fantasy team. 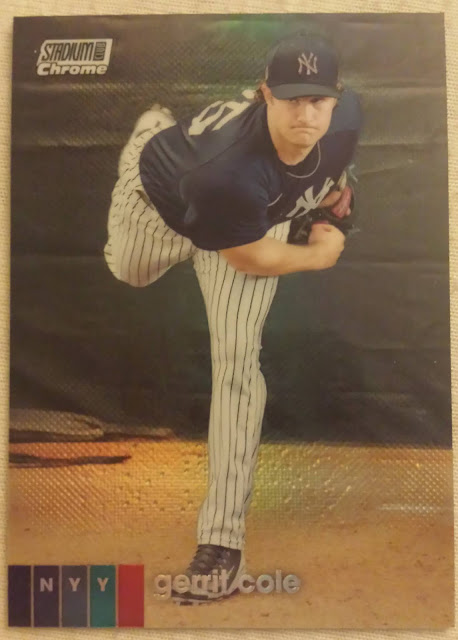 You should be able to see a little green towards the top of the card as well as by his leg.  If I read it right, the Chrome Refractors come 1 in 96 packs, so that's cool. 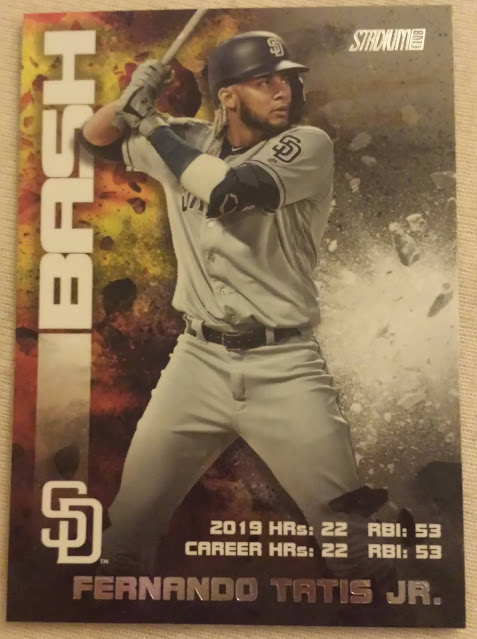 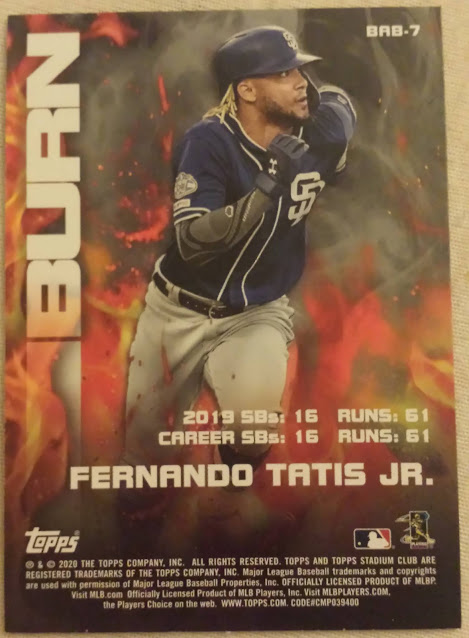 The Bash & Burn subset comes 1 in 8 packs.  Nice callback to the old subset, but too bad it isn't die cut. 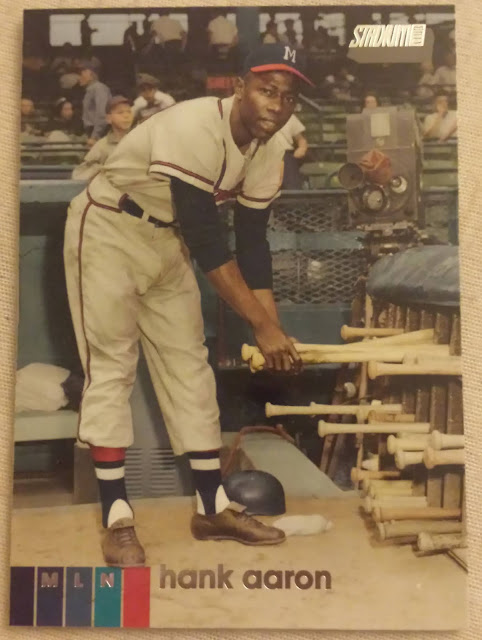 And the pack ends with a little class. 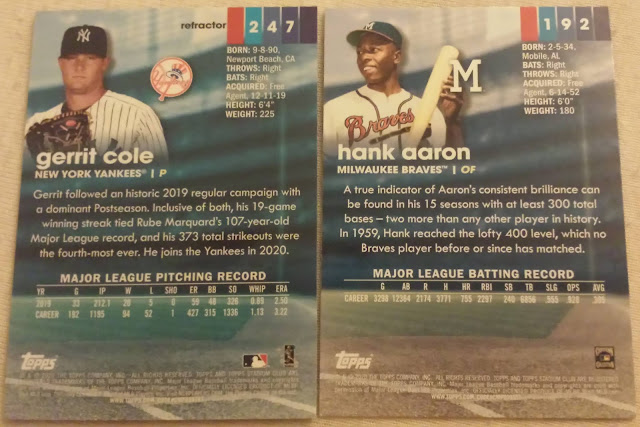 Stadium Club rarely disappoints and this year is no exception.

Yesterday morning, as I was leaving the Target I work at, I came across the card vendor restocking the barren card aisle.  There were 4 "card bros" respectfully keeping their distance but nonetheless waiting for the vendor to finish.  One of the 4 grabbed 4 hanger boxes of (I believe) Donruss Football and left; my store has signs in the aisle limiting the purchases to 4.  I had errands to run before going to bed so I couldn't wait around as well; I also wanted to make sure the "card bros" were sticking to the 4 pack / box limit.  I plan to run in after the store opens to see if anything's left...wish me luck!

The Hank Aaron is a beauty!

Congratulations on pulling the Chrome refractor parallel. About as solid of a retail pack as you can get. Gotta love that four people standing around waiting for the card vendor to finish. Nice to see that your Target has put a limit on the number of items you can purchase from that aisle.

Hopefully something was left on the shelf for you. Nice pack. Tatis and Aaron are nice cards. The Cole card is a bit of a letdown - a photo of him warming up? Still I like the cards and as always the photos. Good post.

Really liking this pack. I’m now going to try and grab a couple of these myself. Thanks for letting me know about ‘em!