Written by Jafronius at 4:30 AM

I hope everyone is doing well.  It's NBA Finals time, so what better time for a basketball pack.  A month or so ago my eldest (who just graduated from the 8th grade, holy crap, I have a high school kid) and I were at Target.  I sent him to a specific aisle to grab something and on the way back to me he took a detour through the card aisle and saw a couple of boxes of Chronicles.  He grabbed one and tried to sell me on buying it with the hopes we would split the cards.  Ol' Jafronius doesn't do Chronicles but there hasn't been basketball cards on the shelves, so for $15 we took a box home. 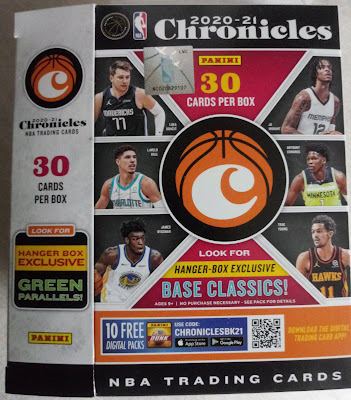 I gave him the option on if he wanted the top card or not, which he opted to claim.  He also thought that he'd get the top half of the stack; I shut him down real quick on that thought.  There's what we got: 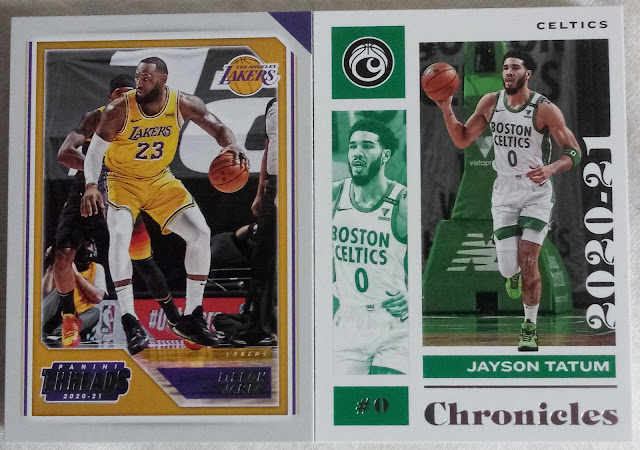 #85 - LeBron James (Threads)
#9 - Jayson Tatum (Chronicles)
The kid saw LeBron and thought it was a safe pick so going forward his cards are on the left and mine are on the right. 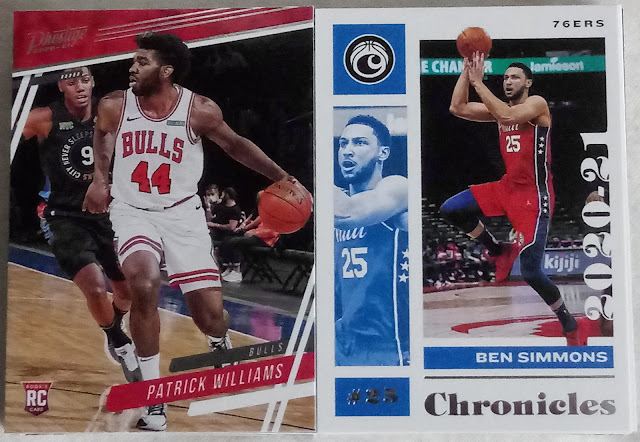 #57 - Patrick Williams (RC) (Prestige)
#19 - Ben Simmons (Chronicles)
He then was pretty excited to get the Bulls rookie from last season (in a set released this season), and felt sorry that I got Simmons. 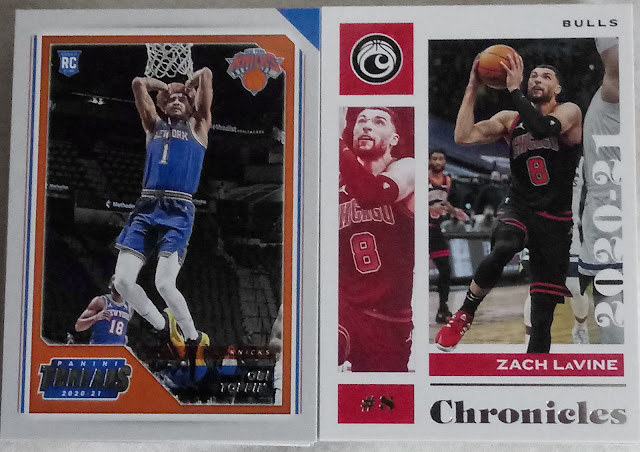 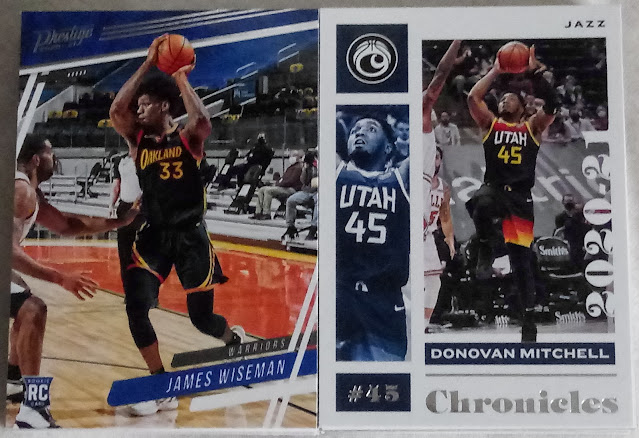 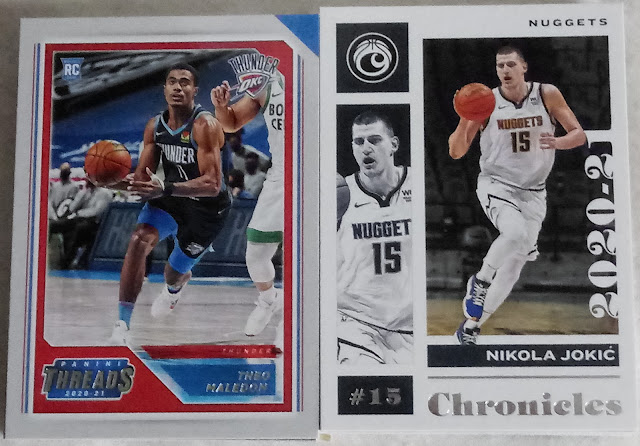 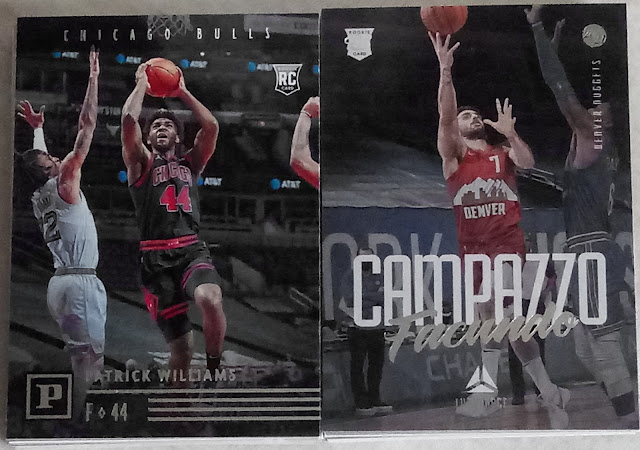 #178 - LeBron James (Paybook)
#102 - LaMelo Ball (RC) (Panini)
Now he was confused with his second LeBron.  I told him how this set was designed, with only the big players and the hottest (year old) rookies. 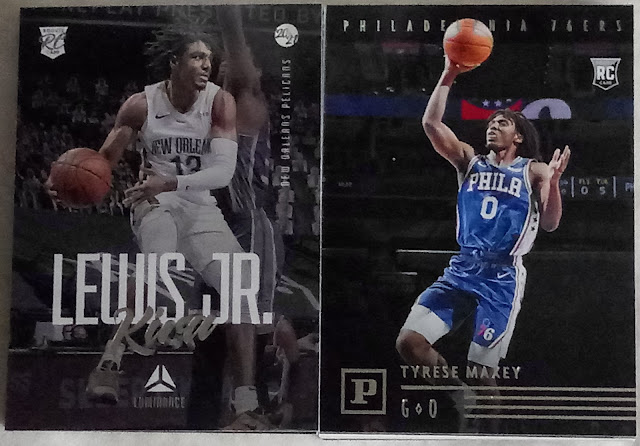 #155 - Kira Lewis Jr. (RC) (Luminance)
#116 - Tyrese Maxey (RC) (Panini)
I told him not every player gets a card.  For example, Game 5 hero Andrew Wiggins does not have a card in Chronicles.  However, Bulls rookie Patrick Williams has 23 cards in the set! 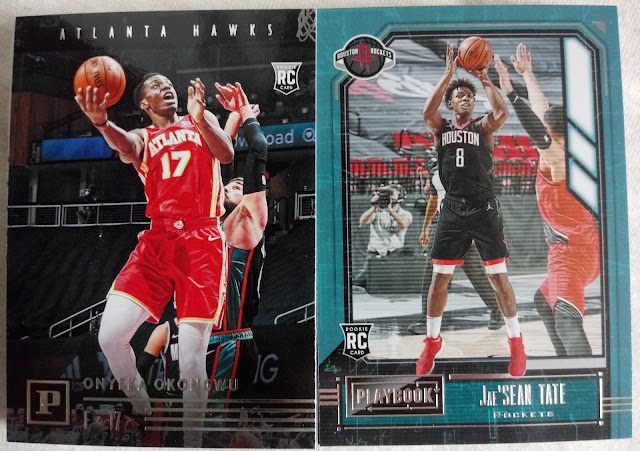 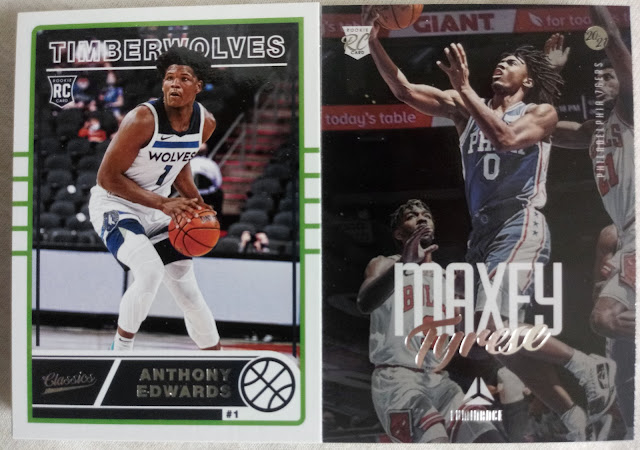 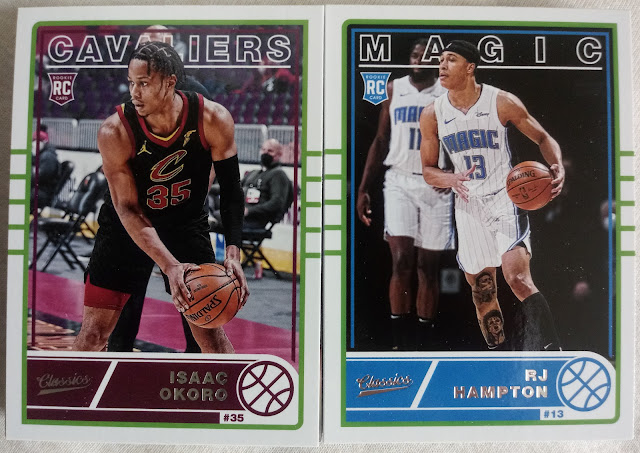 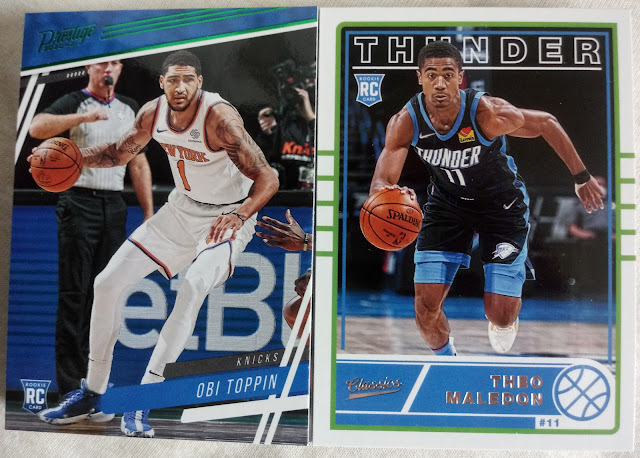 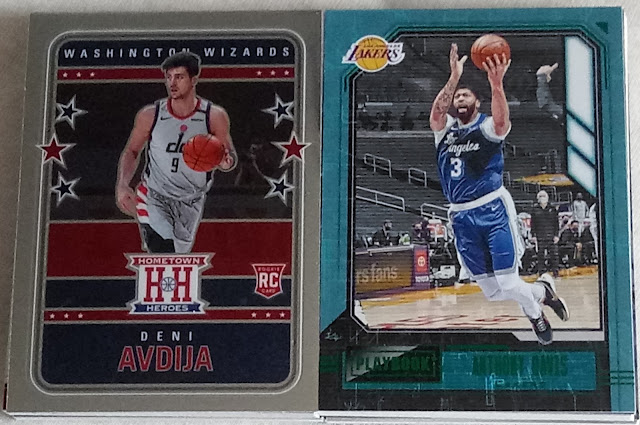 #563 - Deni Avdija (RC) (Hometown Heroes)
#194 - Anthony Davis (Playbook Green Parallel)
The kid was pleased to get a shiny card, while I lucked out with the second Green Parallel. 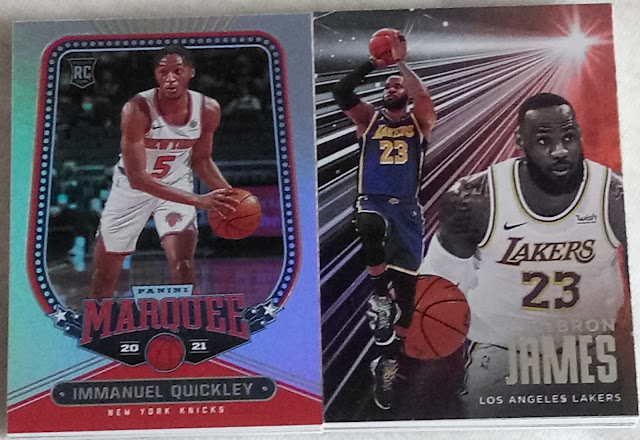 #264 - Immanuel Quickley (RC) (Marquee)
#227 - LeBron James (Essentials)
The kid found it ridiculous that there was a third LeBron in the box.  Turns out there are 19 Lebrons in the set.  If you're a big Jimmy Butler fan, you can look for...1 card in the set. 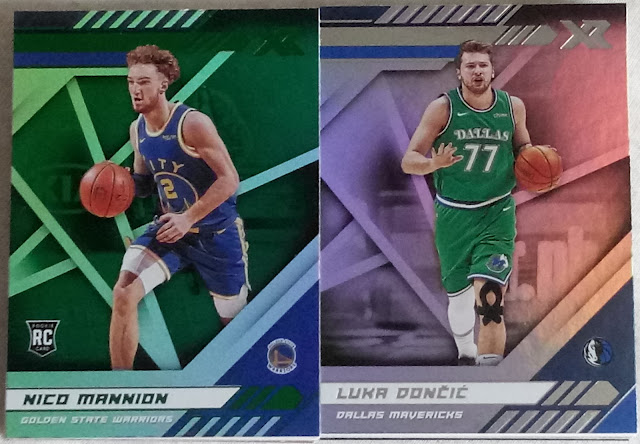 #273 - Nico Mannion (RC) (Xr)
#300 - Luka Doncic (Xr)
What's an Xr?
I asked him what he thought of the set after the going through the cards.  He wasn't a big fan of the repeat players  but did enjoy of the look of some of the cards.  Maybe that's what Panini is going for with this set...enough good looking sets to impress collectors.
Anyway, that's the pack.  I forgot to scan the backs, but you know what Panini backs look like.  Thanks for reading!

Just when I started to think I understood Chronicles, they confuse me even more with 19 Lebrons and only 1 Butler. Oh well... I guess this product is a good way to add some big names (and rookie cards) to your collection.