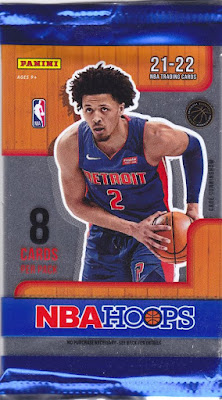 It's NBA Draft night, so let's check out a pack of Hoops. This one is a pack from a blaster box. 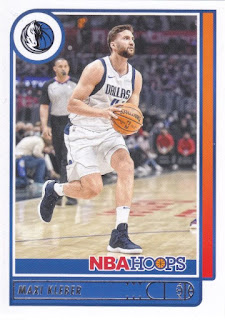 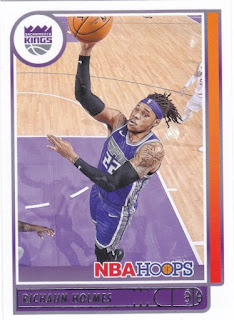 118 - Richaun Holmes - Holmes is a solid but a bit undersized center who mostly shoots around the basket. 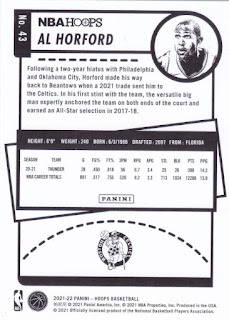 43 - Al Horford - Horford is 36 now and is in his second stint with the Celtics. He's more of a volume three point shooter these days, for better or for worse. 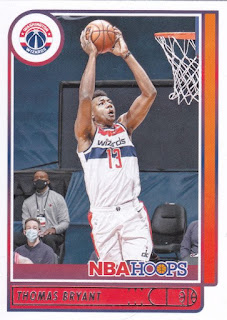 120 - Thomas Bryant - Put this one in your "people wearing face masks" collection. 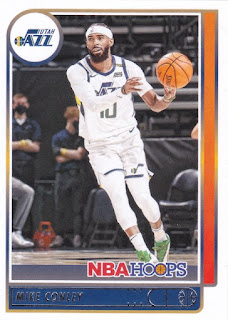 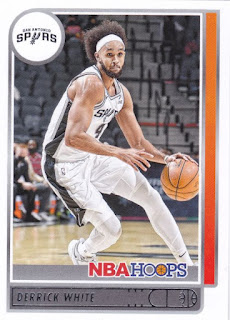 24 - Derrick White - White spent his whole career with San Antonio before being set free and joining the Celtics for a bench role. 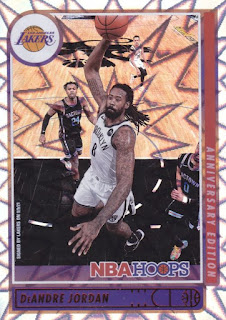 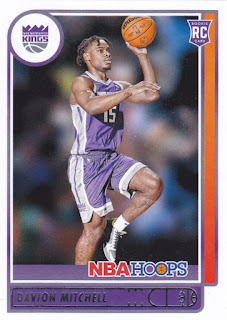 228 - Davion Mitchell - Each blaster pack comes with a rookie card at the end. Mitchell had a decent rookie season, starting 19 games and getting increased playing time during the final month with Tyrese Haliburton sent to Indiana.

Love Al Horford and he really clicked with the Celtics helping them get to the Finals. Derrick White was a great pickup as well for Boston. Maybe not the best pull but still fun.