Written by Matt Flaten at 2:43 PM
I thought for sure I would be the first one to review a tin of this product but it turns out  R.N. Coyote reviewed a Screen Plays pack back in March of 2011 but I don't think anyone would mind seeing another pack of it.  As a huge fan of Sportflics from the late 80's these Screen Plays packs are like the high end of "motion action" cards. 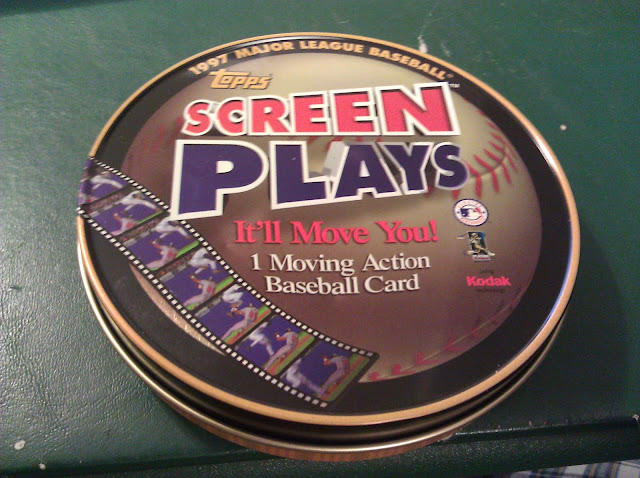 While these were expensive packs when they were released and you only get one card per tin you were at least able to know exactly which card you were going to receive as the player is prominently displayed on the opposite side. 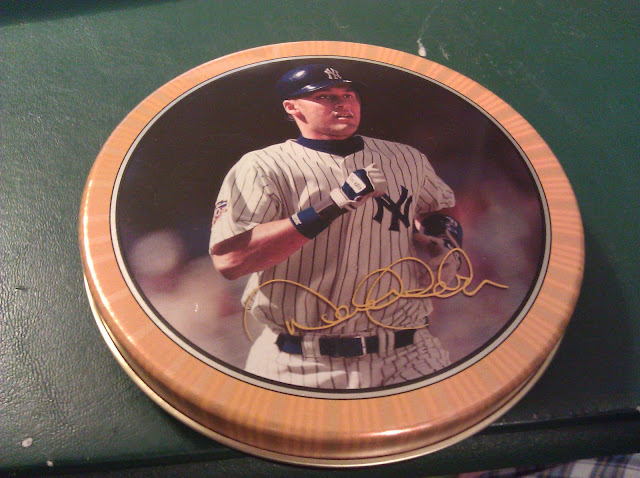 When you open the tin you first get a sort of checklist card that lists the players available and also explains the Kodak process used in creating the cards. 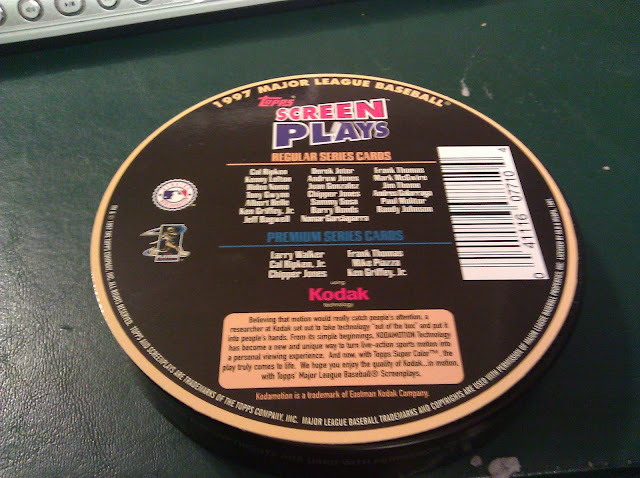 Looking at the checklist 15 years later they did a pretty good job picking players and I imagine that Hideo Nomo card is worth a pretty penny to Nomo's enthusiastic collectors. 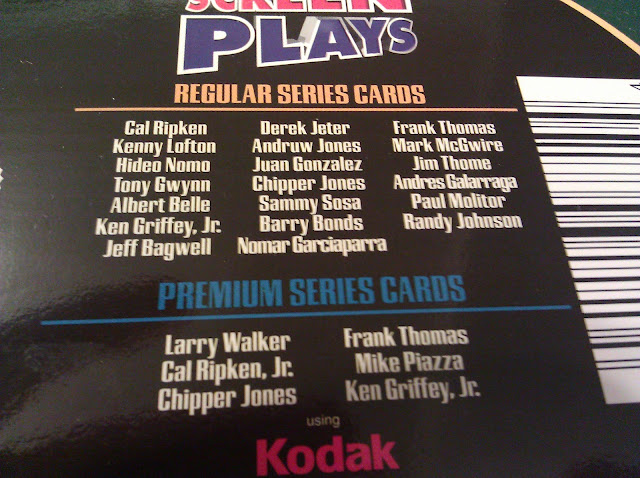 Removing the checklist you get your one card which is just sitting on the filler loose which was a little surprising to me. 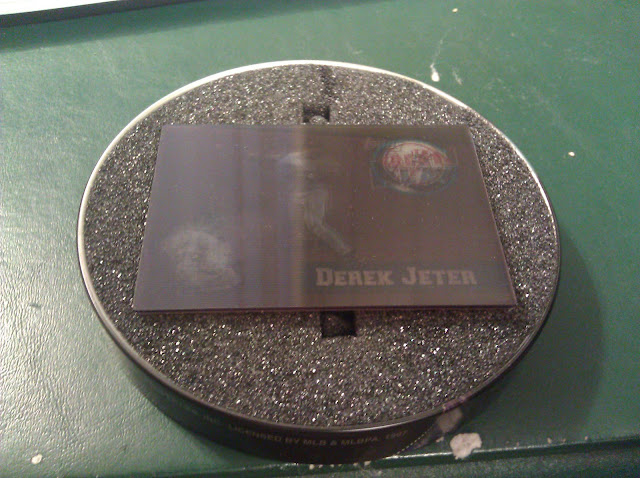 And here's the card in action...

Now that the excitement of your card pull has slowed down you can move onto the next stage of this product which is displaying your card.  The first step is to remove some of the filler material [which is pre-cut from Topps]. 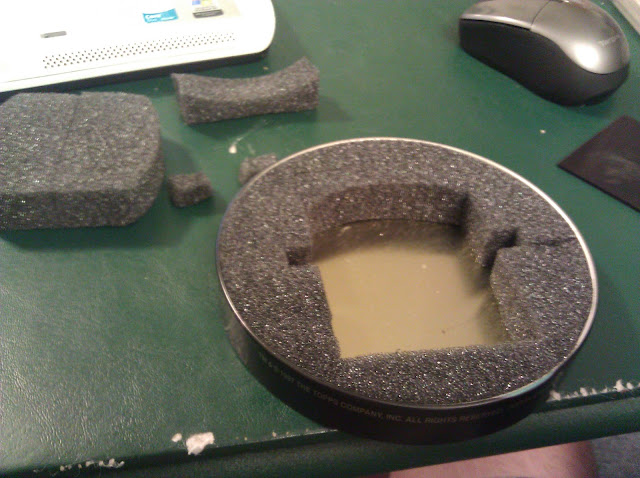 And then you can position the tin cover so that everyone knows you love the Yankees or... 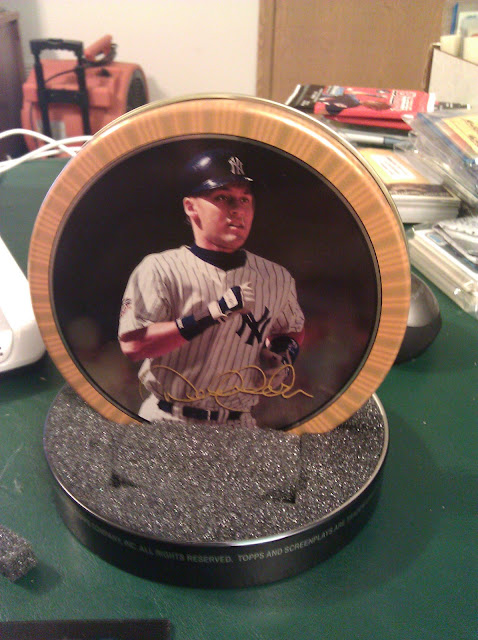 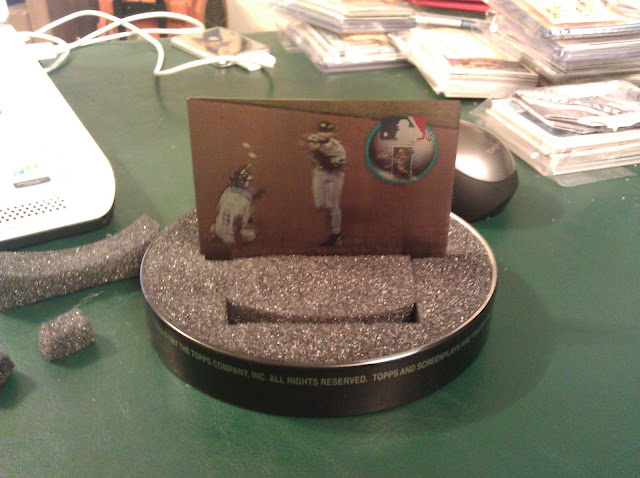 Those seemed to be a big hit in one of my past Affordable Group Breaks.