Written by JediJeff at 12:54 PM
Hey all - it's Jeff. When I hit a card show this past weekend, a dealer was selling packs of these cards at 2 for a buck. It was only later that I realized why both packs I bought had the same five cards. And you can see for yourself when I show you the wrapper. So without further delay, let's take a gander at Topps 2007 release called "Flashback Fridays". 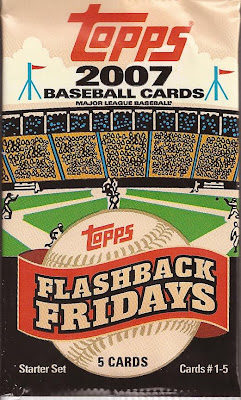 It starts off pretty well with an old timey pack design, even if it is celo. But notice at the bottom. This is a starter set with cards 1-5. So that's why both packs were the same. A quick search through the tubes of the net tells us this is a whopping 25 card set that would be released in waves. I can say I never even HEARD of this set, and being that it was only 25 cards and lasted just one year, most people probably haven't either. And the cards? 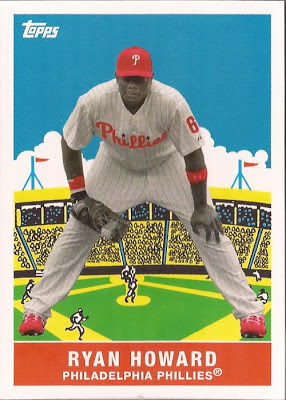 That is one brutal looking card. Again, the net says they are based on the 1933 DeLong Gum cards. Maybe it's the really bright white that makes these hard to handle. Ok - so card one is Howard. 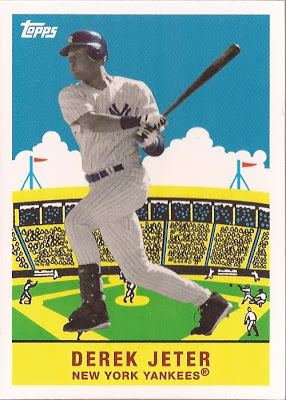 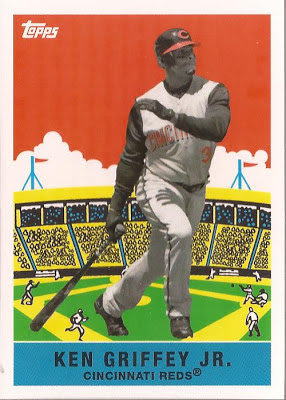 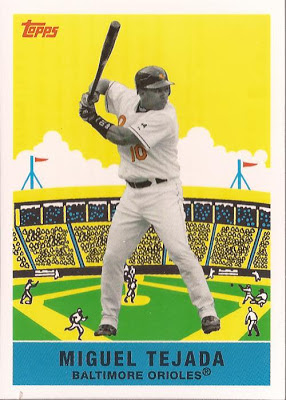 Tejada in the clean up spot. 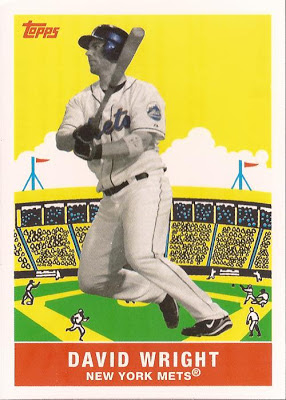 And the hot seat playing Wright taking the back of the starter set pack. And how about the backs? 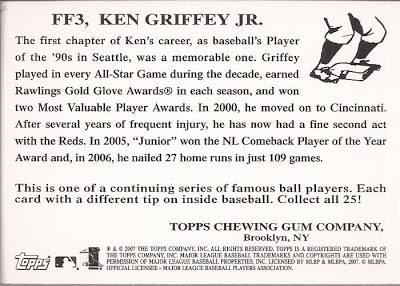 Very simple. The silhouette in the upper right is a nice touch. The back makes reference to a different tip on each card. Hmmm - not sure how blurbs about Griffey's career is a "tip".

Anyway, there ya go. Go hunt and find yourself a pack to rip.

I've got one of those packs that I had gotten as a bonus from some seller somewhere. I have since forgotten where it came from but it is one of these #1-5 packs. It is still unopened because I am not sure if I am going to try to get the full set of 25 cards oohhhhhhwwhhhhhooooo or not.

I had heard of the set because Ryan Zimmerman is in it somewhere. I had seen his card once or twice on ebay either individually or in large lots.

I just got the Furcal card from this set a couple weeks ago. I had no idea what it was.