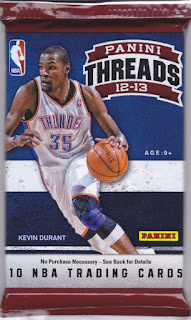 Here's some new stuff. I almost mistook this for Panini Prestige because they never show what the stupid cards actually look like on the packaging itself. By the next time I make it down to the card aisle at Target, there will probably be yet another new Panini NBA product on the shelf. 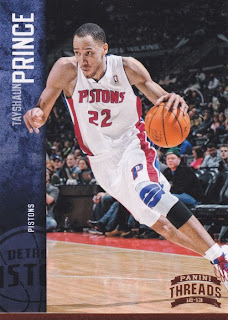 38 - Tayshaun Prince - I have a hard time naming anyone who plays for the Pistons these days, but I tend to forget that Prince is still around. 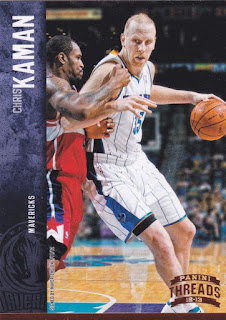 95 - Chris Kaman - Kaman is trying to restart his once promising career in Dallas. 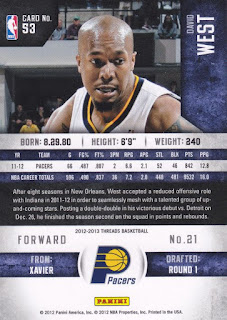 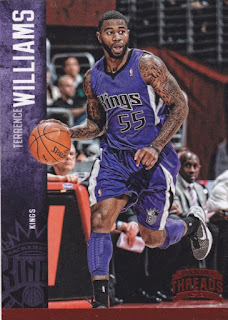 125 - Terrence Williams Red - All of these cards have a gold foil logo and trim except this one. You wouldn't be able to tell by the scan. This is apparently a rare retail exclusive red parallel. The rest have gold instead of red. You'll just have to trust me on this one. 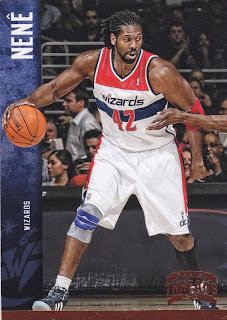 148 - Nene - I know they'll never be the Bullets again, but I love these jerseys. If I lived on the east coast, I could see myself rooting for these guys. 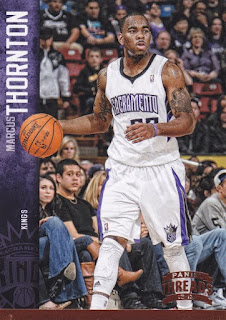 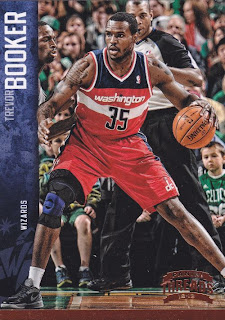 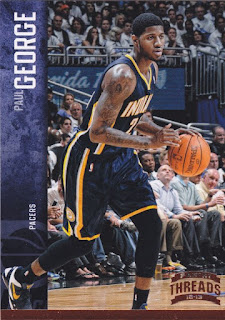 56 - Paul George - This design has a bit of an early Fleer feel to it. 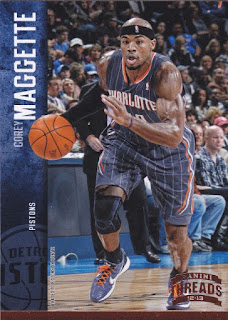 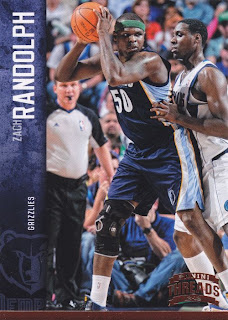 71 - Zach Randolph - I wonder what the Hoop Family is up to these days.