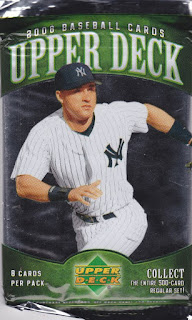 2006 was probably the last year that I really enjoyed the Upper Deck base set design. This pack was part of a deeply discounted repack cube I bought last month. I believe it was $3 for what would usually retail at $9.99 or more. The plastic cube had taken some damage but the cards inside were fine. 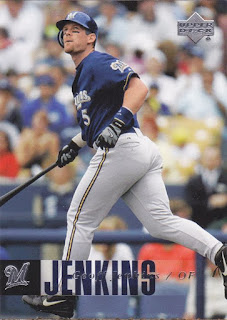 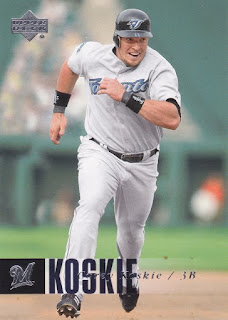 470 - Corey Koskie - Photoshop is for suckers. Upper Deck would just swap the logo out and leave you with an unblemished image. 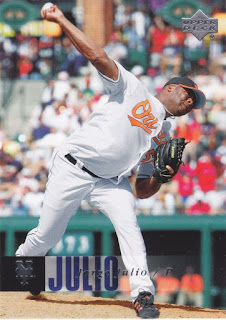 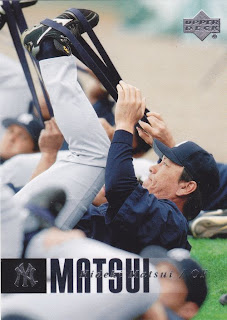 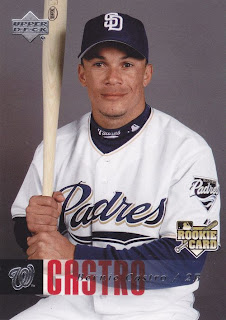 53 - Bernie Castro - The sad thing is that Castro was clearly posing with his "new" team, the Padres here, but he had already been sent elsewhere before the set came out. 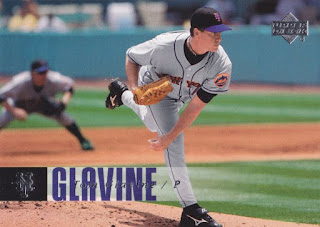 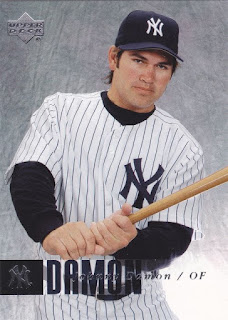 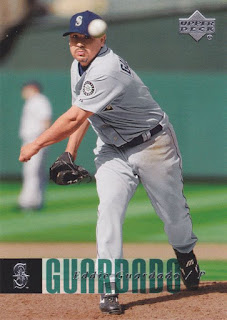 403 - Eddie Guardado - "Everyday Eddie" was coming off of a very effective season with a truly terrible 69 win Seattle team. Of those 69 wins, more than half of them (36) were saved by Guardado.

Isn't that actually Eric Hinske on the Corey Koskie card?