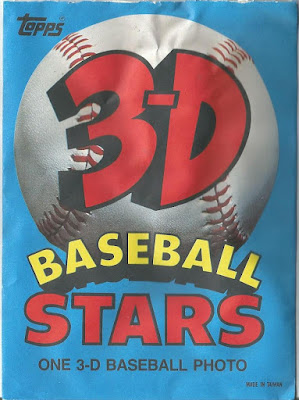 I found this listing while looking for something else (isn't that how the Internet works?) and couldn't resist grabbing a couple packs. The wrapper is paper.

The card inside (1 per pack) is about 4"x6" and is plastic. It's a molded 3-d "card" or "photo" of the featured player, and it is sheer 80's awesomeness! The card shows the player's name in a red banner across the top. Under that, in a black banner, is the Topps logo and the card number. There are 30 cards in the set. The rest of the card/photo is a molded 3-d image of the player. It is freaky and amazing all at the same time. 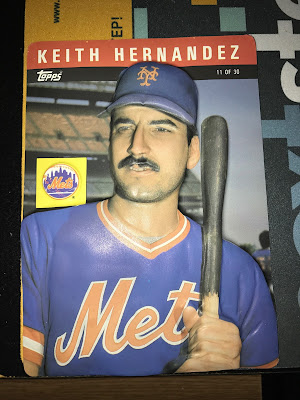 It's hard to tell the 3-D effect from a head-on shot, so I took a picture from a different angle: 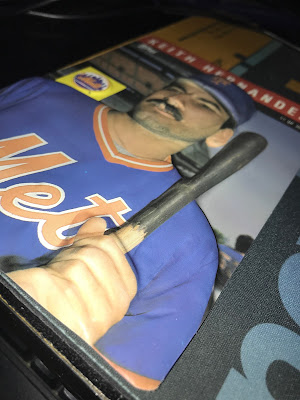 Really, though, pictures do not do these things justice. They are 3-d in multiple levels of 3-d. That is, the bat is flat at the top, since it is away from you, and pulls out further away from the card near the bottom. The nose sticks out a little further. The jersey FEELS real with the raised effect waving along where there are wrinkles and ripples. It is quite cool.

The back is blank, but has two bits of adhesive so you could stick the photo... somewhere... No idea what you would stick a 3-d photo on, but it's there just the same. 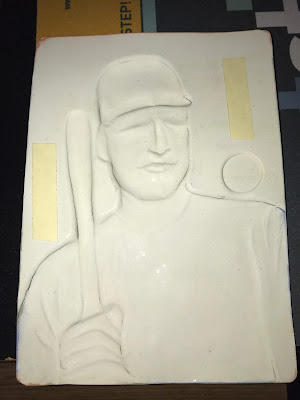 In addition to Hernandez, I ended up with a card of Dave Kingman: 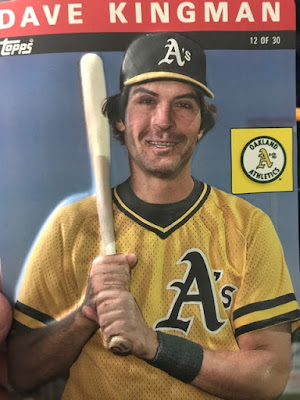 The back of the wrapper features the checklist: 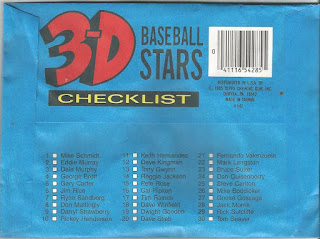 These are great! At least Kingman didn't pull a Billy Ripken...

I wish Topps would make these types of oddball issues again and sell them at random places like 7-11 and gas stations. I'd go out and try to find them.

I love visiting in this blog. thanks for sharing!
บาคาร่าออนไลน์
บาคาร่า
gclub จีคลับ