Written by JediJeff at 2:13 PM
Today was the final day of the 2016/17 Premier League. I love that the league has all 20 teams in games at the same time. While the championship was locked up by Chelsea last week, there was still some positioning for the UEFA Champions League. The final table has Arsenal out of the top 4 for the first time in two decades. Spurs put up a hell of a season but fell short to a rejuvenated Blues squad helmed by Antonio Conte.

And with every season, we bid farewell to three teams as they are regulated to the Championship League. Hull City, Middlesbrough and Sunderland go down and coming up from Championship is Newcastle United and Brighton & Hove Albion. The third team to come up with be the winner of a playoff between Reading and Huddersfield. Only Newcastle has been in the top flight, just relegated at the end of last season. 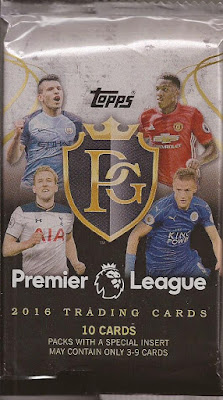 I picked up a few packs a long time ago, and today seems as good as any for some football cards. And I got a lot of backs of football (and even football) to post. Ten cards in a pack. 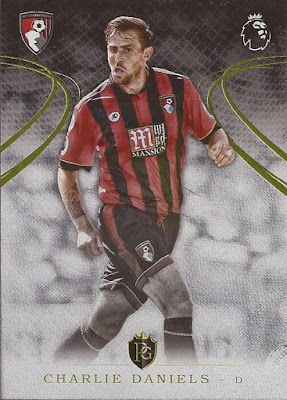 Remember that abomination Topps put out late last year called "Glad Label" that was NOTHING AT ALL like the real Gold Label? Yeah - that is just what these cards look like in hand. Muted, foilish card stock. Gold curves as well as the players name and position in gold. Faded black and white background. And heavy Stadium Club like photo enhancement. You have the club badge in the upper left and the Premier League logo upper right. If you haven't noticed - yes. No Topps logo on the front of the cards. Interesting.... Not sure how good of a fiddle player Charlie here is. 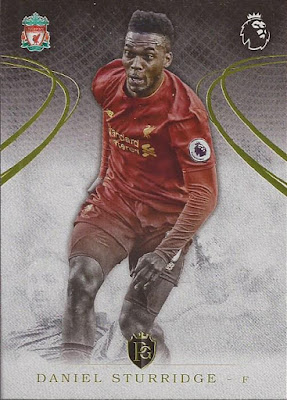 You get some weird images with the faded background, like some player's face. I am guessing he was trying to tackle Sturridge. 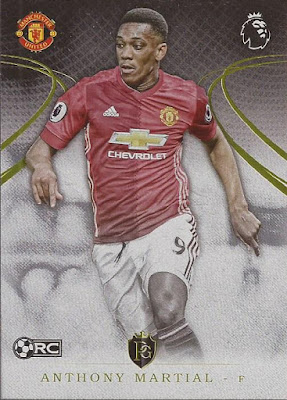 Rookie card logo. I like the design of it. Simple and bold. Not sure if Martail is a rookie. I mean - he did play 49 games with Monaco prior to transferring to MU. Maybe Topps doesn't think the Monaco league is a real league? 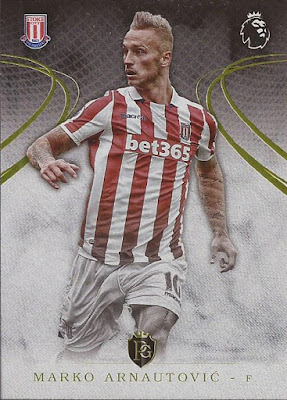 Your eyes are not messed up. That is 4 cards is a row with red as the primary team color. I think it's just the luck of the pack.... 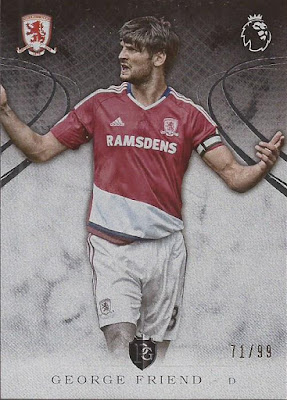 ....cuz how about a 5th! Look at the corner and you see a serial number. Also notice the metal color has changed from gold to silver. With a face like that, though, George is not making any friends. 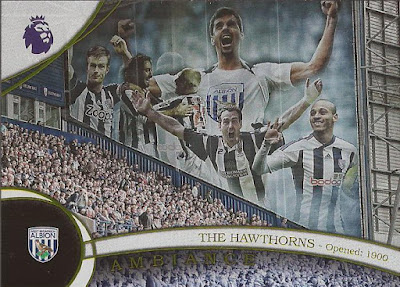 There are a couple inserts, and man - I really like this one. I didn't look at the checklist, but I am going to assume it is 20 cards in size. In Europe, stadiums a really the glue for the city as the central focus for the support of their team. And no more red. 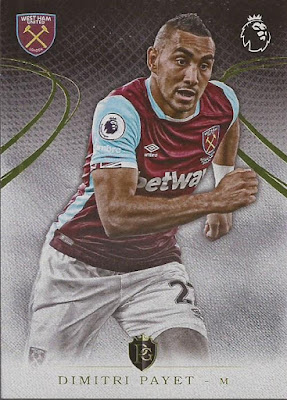 I would always confused West Ham and Aston Villa. They have the EXACT same color scheme and uniform design.Villa was regulated last season, so now a quick glance at a television and I know it's the Hammers. 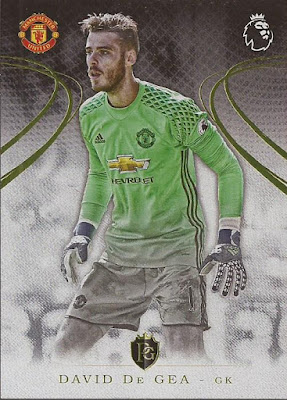 The only duplicate team card in the pack. And the first one that really shows the color fade at the bottom of the image. David should be all green. 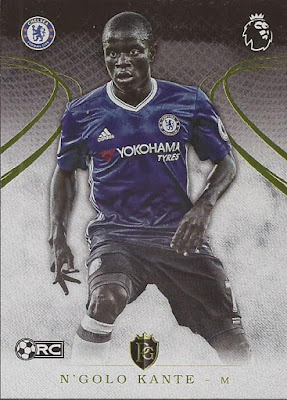 There's one of my boys! Again with the rookie logo, for a player that appeared for Leicester last season and help them win the championship. Logic. 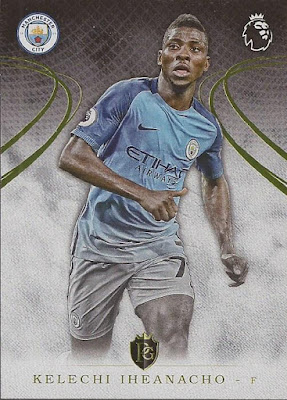 And we have reached the end. Turning it over. 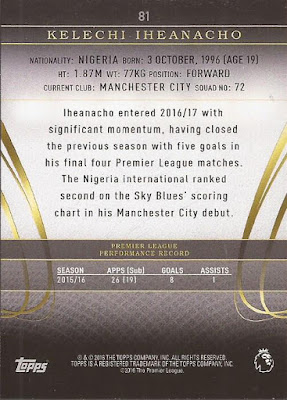 You only get last seasons stats. I like how they include the player's jersey number in with the read of the bio. And what's with the metric crap? Why not put his weight is stones while we are mentioning archaic measurements. Which, per Google, whould have Iheanacho at 12.13 stone.

Maybe the right price come Black Friday and I'll grab a box of this.