Written by Jafronius at 10:05 PM
Greetings! 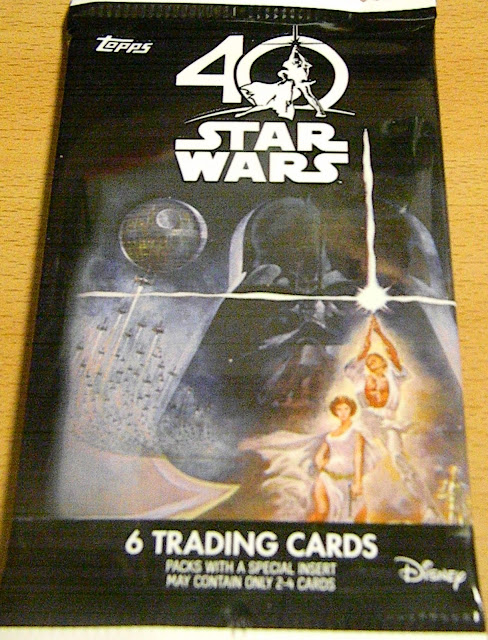 Topps has released a card set to celebrate the 40th anniversary of the release of Star Wars.  You can see the checklist here.

I bought 2 packs from the Target gravity feeder box over the past week ($2 for 6 cards) with the intent of posting the contents of both of them, but Sand People came and took one of them...or it's lost in the piles of cards in the office. Below are the contents of the second pack: 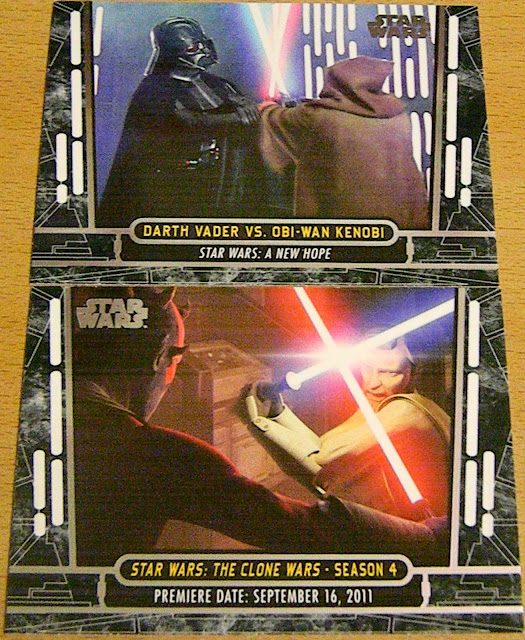 The border and titles are alright, but a little much.  I wouldn't have minded more room for the picture.

The cards cover the film and television releases and major moments in the franchise up to this point, as well as artwork, memorabilia, and impact on the entertainment industry.  Not everything is covered - the Cartoon Network Clone Wars series and, for better or worse, the Star Wars Holiday Special is missing, for example...perhaps anything not owned or acknowledged by Disney.

It wouldn't be a modern card set without the different levels of parallels.  I believe the blue parallels come in every pack. It looks nice, just a little too much.

The Airshow card is part of their "Licensed Products" subset.  These lesser known aspects are what makes the set for me; the movie and moments cards are nice, but there are card sets for them. 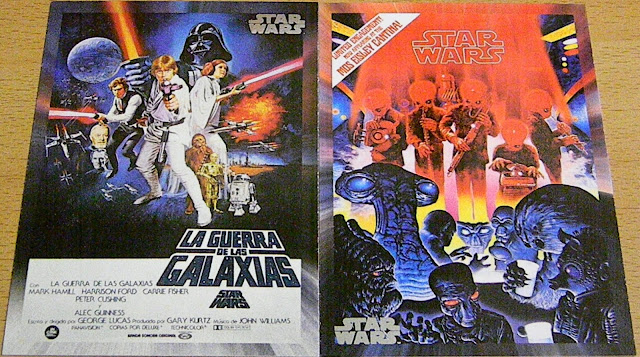 The last two cards in the pack are from the "Star Wars Posters" subset.  More examples of the uniqueness of this set.

Here are the backs; I included the 3 subset cards - notice the brief mention of the other Clone Wars series in the Clone Wars Season 1 card: 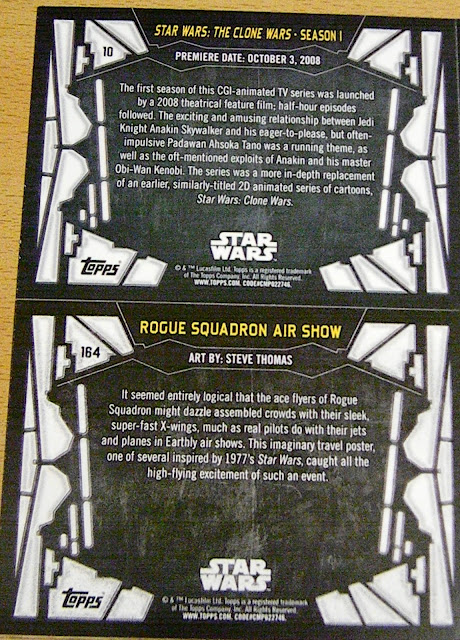 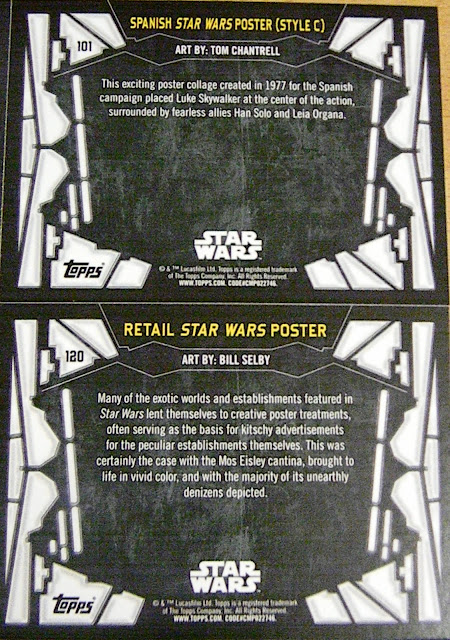 That's the pack.  Based on the cards I picked up, this isn't a waste of money, like other Star Wars sets. Happy birthday Star Wars...thanks for the 40 years of entertainment!

I'm thinking it could have been Fred...