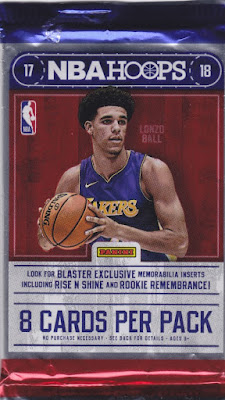 New basketball cards! Here's the latest installment of Panini's NBA Hoops line, which looks pretty much like all of the Hoops sets before it. The packaging features incredibly overrated Lakers rookie whatshisface, vying to be the new Sebastian Telfair. 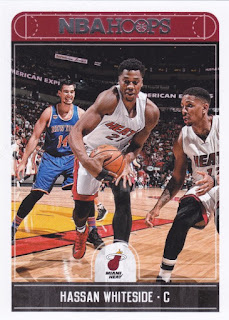 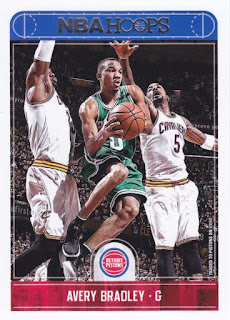 37 - Avery Bradley - Bradley was an offseason acquisition, so he gets his new logo while pictured on his old team. This is much more preferable than using Photoshop, though it seems that would be nearly impossible to pull off with the nature of basketball photos. 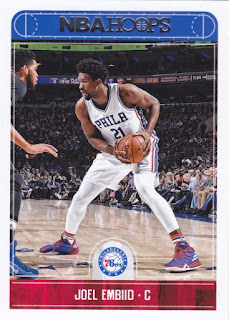 1 - Joel Embiid - This guy is so talented that I hope someday we forget all about his lost seasons and minutes restrictions. 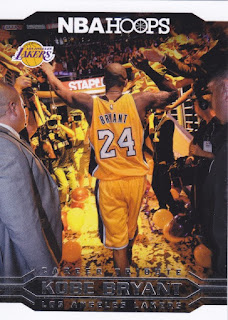 300 - Kobe Bryant Tribute - Panini dedicated the last 10 cards in the set to Kobe Bryant, which is just ridiculous. Let it go already! That's 10 players who were left out of the set. Feel free to name some players in the comments who were skipped for this set. 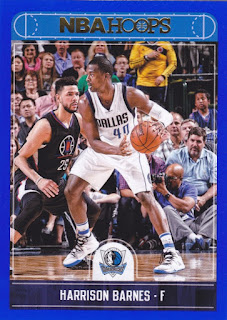 125 - Harrison Barnes Blue - The blue parallels are fairly common in these packs. I believe I ended up with more than a half dozen of them in my blaster. 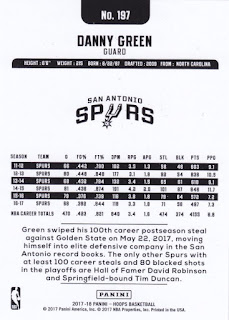 197 - Danny Green - Here's a look at the familiar Panini Hoops card back. 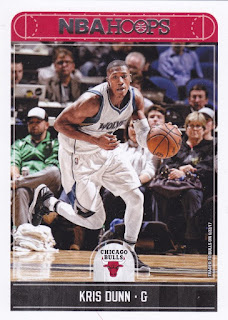 221 - Kris Dunn - Dunn is a promising young player, but his new team is a disaster. 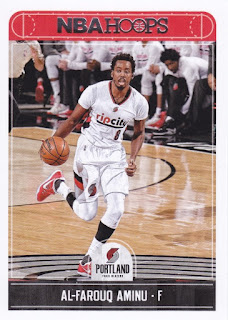 232 - Al-Farouq Aminu - It's not always evident by watching the Blazers play, but Aminu is their top defender. Their already shaky defense turns to an absolute wasteland whenever Aminu is out for stretches with an injury.

Email ThisBlogThis!Share to TwitterShare to FacebookShare to Pinterest
Labels: 2017-18 Hoops

A little underwhelming. I'll see when I get my hands on them. Maybe I'll change my mind. Good post. Thanks.