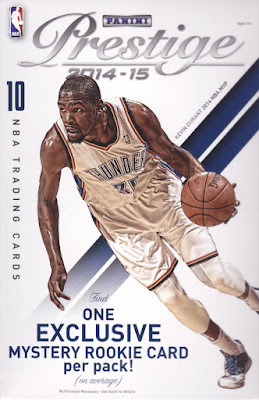 I picked up a heavily discounted box of 2014-15 Panini Prestige NBA cards recently. This is a retail hanger pack that contains only 10 cards but I believe had an MSRP of $9.99. It seemed a little ridiculous at the time, but with time passing and the cost coming down (I think I paid $5?), it was an easier choice. 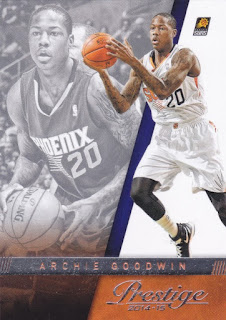 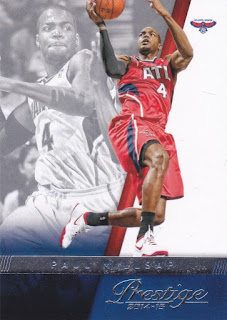 119 - Paul Millsap - Millsap is a 4-time All-Star, but will have a more difficult path to the All-Star team this season as he plays in the much more difficult Western Conference now as a member of the Nuggets. 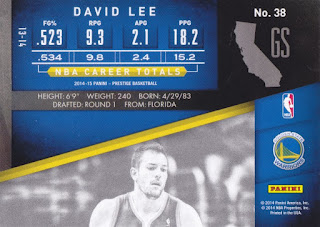 38 - David Lee - Here's a look at the card back. The main thing that jumps out is the state outline on the back. 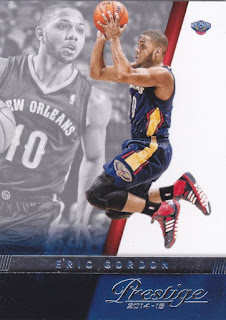 30 - Eric Gordon - Gordon was last season's Sixth Man of the Year and joined up with the Rockets for this season. 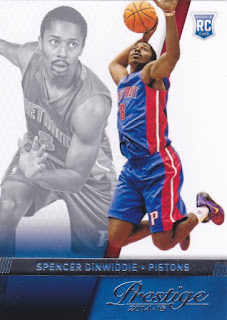 193 - Spencer Dinwiddie - It's a rookie card, so you just get posed shots from Media Day. Dinwiddie went to Brooklyn last season and saw his usage increase. 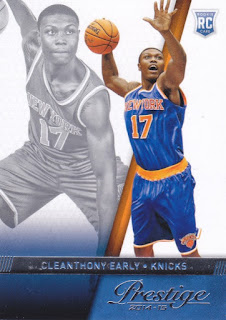 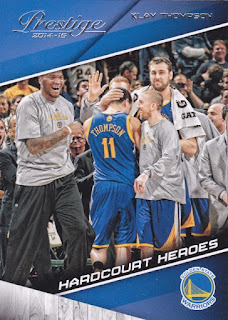 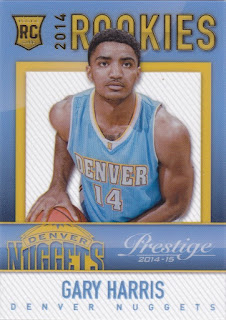 15 - Gary Harris Mystery Rookies - These are the featured cards of the pack, as each box should contain one of these clear acetate "mystery" rookies. I'm not entirely sure what the mystery is supposed to be. 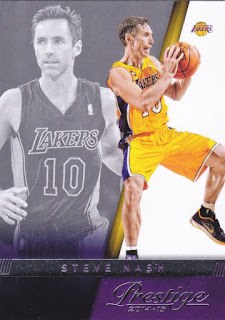 91 - Steve Nash - Nash hasn't been away for the league for long, but it's already really strange to see him as a Laker. 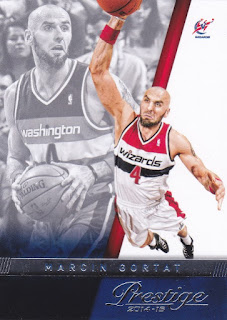 87 - Marcin Gortat - We end things with The Polish Hammer.

The Nash, Thompson and Milsap save this pull. These aren't bad looking cards but I prefer those with full pictures and no computer generated backgrounds. Thanks for the post.