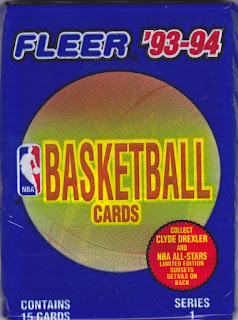 In 1993, I went off to college and found some brand new 1993-94 Fleer basketball packs at some store in town. I went ahead and bought a few. At some point, I started questioning my behavior. They would be the last packs I would buy until 2006. Here's a pack from that set that came in a repack box recently. 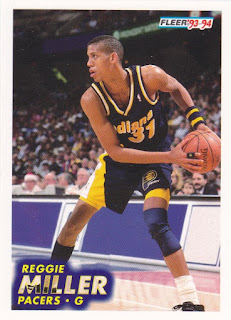 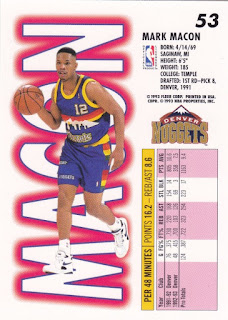 53 - Mark Macon - Fleer abandoned the "full stats" card backs with this set, a poor move. The Nuggets would soon abandon these jerseys, also a poor move. 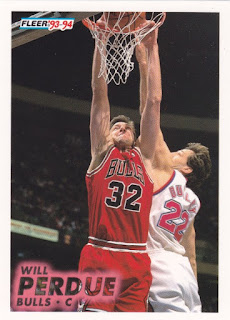 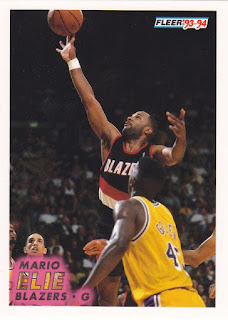 175 - Mario Elie - Elie had a single season stop in Portland before he would move on to Houston, where he was best known. 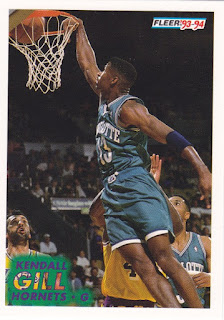 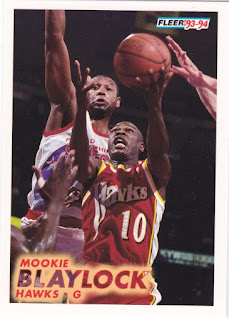 2 - Mookie Blaylock - Something something Pearl Jam. 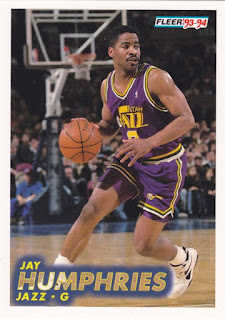 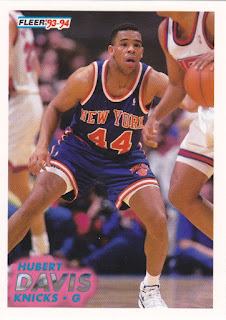 140 - Hubert Davis - Davis is the nephew of Walter Davis. He bounced around the league for 13 years before returning to his alma mater (North Carolina) to coach. 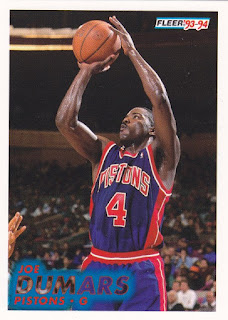 59 - Joe Dumars - Pistons legend and Hall of Famer who is, fortunately, not Isiah Thomas. 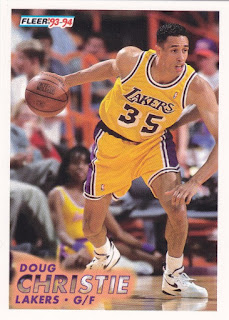 99 - Doug Christie - Christie would eventually end up on the wrong side of the famous 2002 playoff series between the Kings and the Lakers. 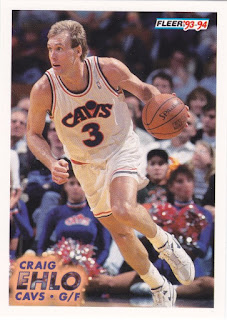 36 - Craig Ehlo - Contrary to popular belief, Ehlo did not immediately die in shame after that shot that Michael Jordan hit over him that one time. 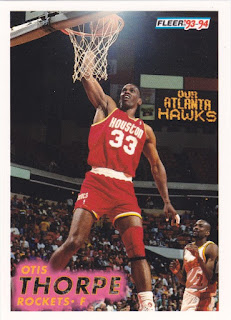 81 - Otis Thorpe - This is right before Thorpe was... ugh... traded for Clyde Drexler. Love the scoreboard in the background of this shot. 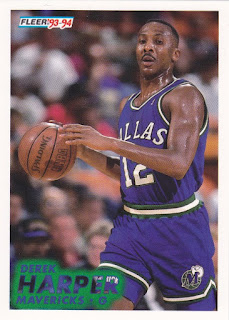 44 - Derek Harper - Harper is showing off the Mavs new (at the time) blue road jersey. 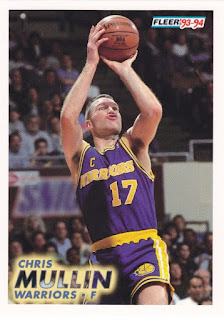 71 - Chris Mullin - Mullin has the increasingly rare 'C' on his jersey, indicating that he is some sort of captain of something. 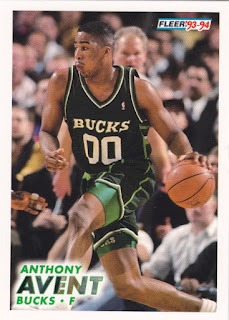 This brought me back. I loved the design of these.

This was a great set. At one point I had a stack of them literally three feet high and I still had to buy the last card I needed as a single! Anthony Avent is the only NBA player to share my birthday that I got to see play. He's 15 years older than me though.

Miller, Dumars and Mullin. Nice pull. I always had a soft spot for this set. I may have to look at picking up some wax. Thanks for the post!

I don't know how many cello boxes of this I opened when we had our shop but I was chasing Penny, Webber, and Mashburn RCs like crazy as well as the Rookie Sensations and Sharpshooters inserts.