Written by Jafronius at 2:32 PM
Greetings!

Hope everyone is doing well.  Today is my 16th wedding anniversary, but The Wifey is working today so I'm home with the boys, who apparently gets a 4 day weekend for Columbus Day?  Anyway, since we have a post every day this month so far (and Blogger does not show a pending post), I might as well put a celebratory post up on the site to keep the streak going.

Prior anniversary posts were retro, so let's change things up a bit with a pack of 2017 Topps Heritage High Number! 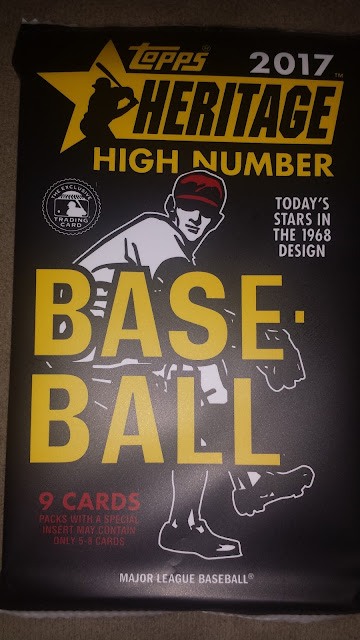 I guess it's still kind of retro since it's a Heritage pack.  My son got a blaster of this for his birthday; he was sure to rub it in that he got cards of a product I have yet to purchase.  I snagged a pack and took some pics before he ran off with them.  9 cards in the pack...here's what he got: 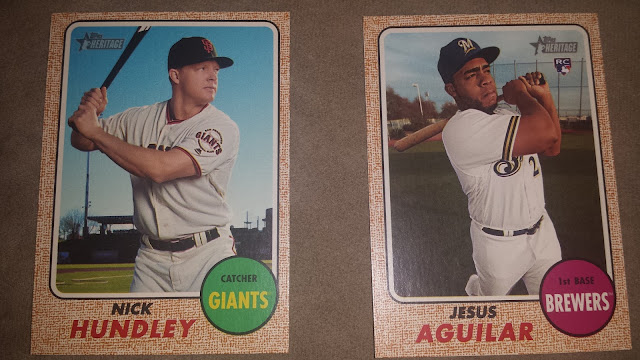 There's 225 cards in the set, with the last 25 cards being the dreaded short print. 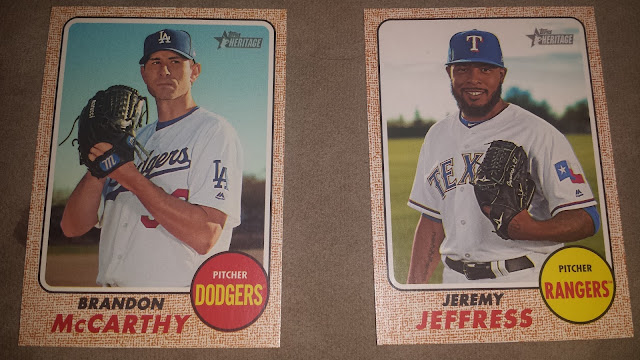 Jeffress wound up back with the Brewers at the trade deadline, where he was heavily utilized in
Milwaukee's attempts to get into the playoffs. 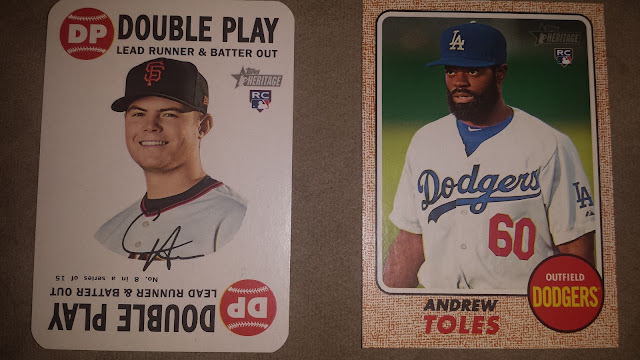 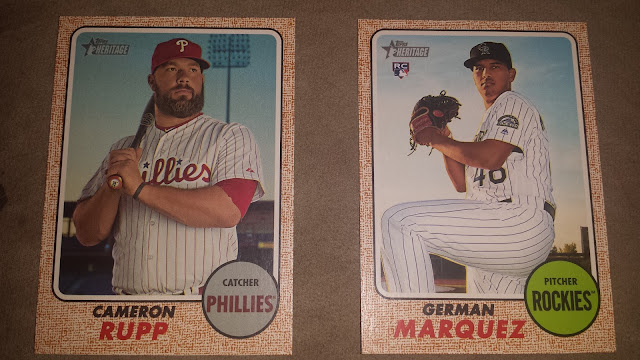 Many a blogger think there's some shenanigans going on with the backgrounds.  I can't say I blame them.  There were so many perfect blue skies on some other cards. 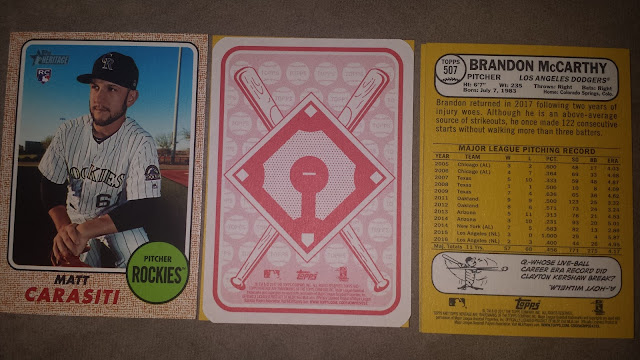 Another rookie card and a couple of backs finish off the pack.

Anyway, that's it for now.  More later.  Happy anniversary to The Wifey, and thanks for reading!