Written by SumoMenkoMan at 2:30 PM 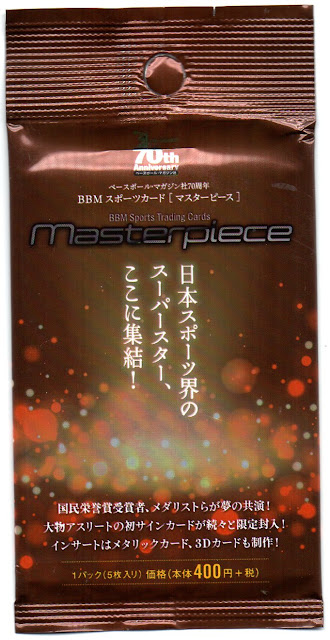 The thing I like about the Japanese BBM company is that it does a wide variety of card sets giving the collector a good range of products to choose from.  Last year, BBM released the Masterpiece Set which is a multi-sport set covering former athletes with a mix of insert cards.  One pack contains 5 cards with a 128 cards in the base set.  Insert-Card wise, there are 18 Glorious 3D Insert Cards, 18 Stay Gold Cards, 18 Superstar Cards, and 18 Sparkling Hero cards along with a variety of horizontally and vertically oriented autograph cards.  This was a big hit with collectors and packs are hard to find these days on the secondary market.  I managed to come across a handful....let's open one up to see what I got. 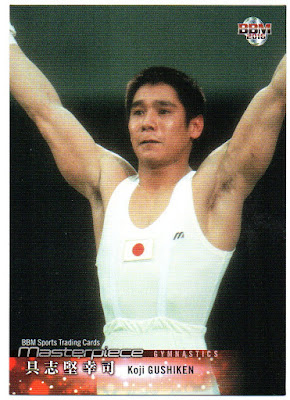 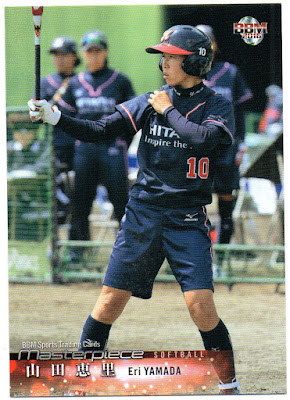 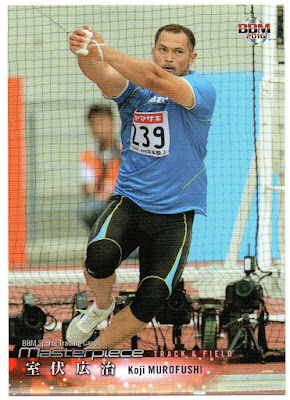 Card #076: Koji Murofushi - This half-Japanese, half-Romanian athlete took home medals in the 2004 and 2012 Olympics in the Hammer Throw. 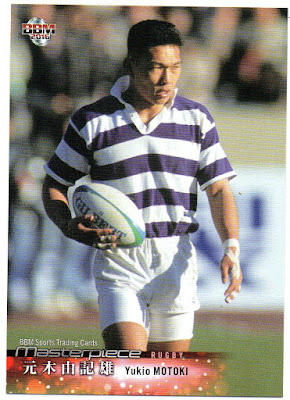 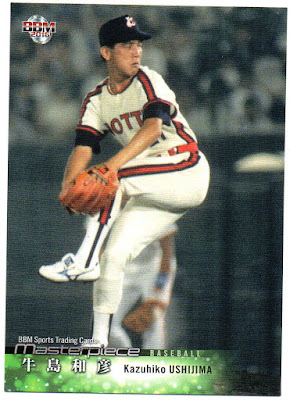 Card #009: Kazuhiko Ushijima - This former baseball player shown here in the Lotte Marines uniform.....unfortunately, the Marines struggled throughout the 1990s.