Written by Jafronius at 4:40 PM
Greetings!

Hope everyone is doing well.  Yesterday marks my 6th year contributing posts to APTBNL; I would have posted it on time, but there was a certain Game 5 that diverted my attention.  Late anniversary posts have happened before, and I'm sure it'll happen again.

I usually do a non-sports pack for the anniversary post.  However, my usual scan folder is inaccessible at this time, so I had no choice to snap some pics of the newest cards my youngest picked up...it's a promo pack of Pokemon TCG Sun & Moon! 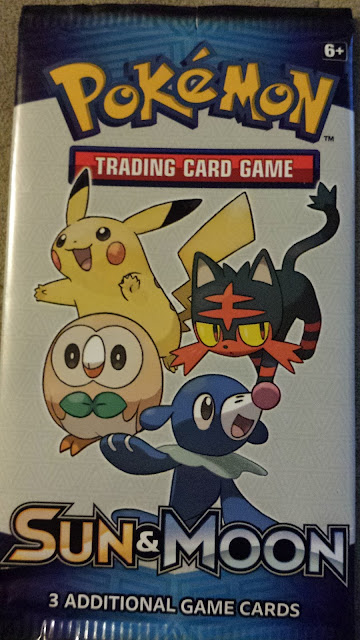 Came home last week to see a box of Lucky Charms on the table.  I thought it was odd because if The Wifey buys cereal for the boys, she usually buys more than one box.  When I went to the other side of the table and saw the back, I put two and two together:

So, there's a 3 card pack in select General Mills cereal boxes consisting of 1 foil and 2 regular cards.
There's 12 cards in the set, 4 of which are just foil cards.  Here's the checklist: 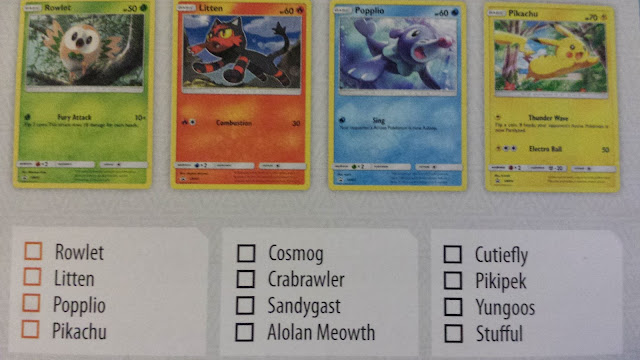 The foil cards are on the left; the 4 cards along the top are the foil ones.  I didn't scan the back since they were just ads for their online stuff.

Here's what he got: 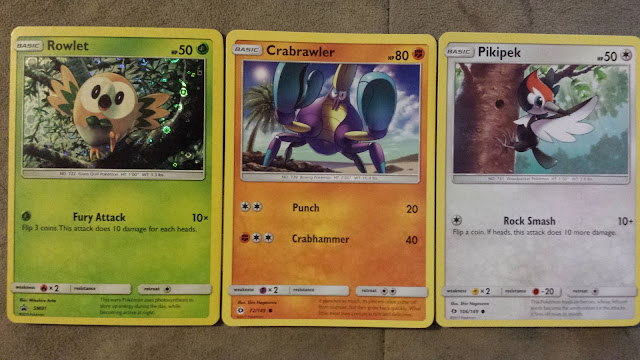 Based on the numbering, it looks like The Pokemon Company just got a bunch of cards from the Pokemon Sun & Moon set and created special packs for General Mills.  My youngest was happy to get the Rowlet.

Anyway, that's the pack.  Here's to many more years of packs and blogging...have a great weekend, and for 6 years...thanks for reading!

What is hilarious is I had mine from Cheerios scanned and ready to post when you posted this. I got the holographic pikachu.

I'm sure my kid will have been happy with the foil Pikachu too. Post it anyway!