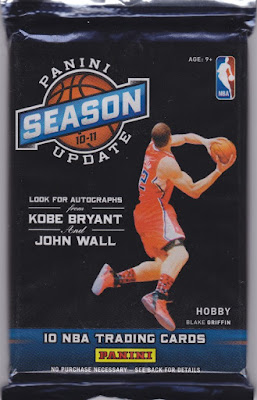 Basketball season is just around the corner. In fact, the NBA schedule starts super early this year, and preseason games are already underway. I figured this was as good of a time as any to post an NBA pack. This is from Panini's early days of their NBA contract, when they were probably so excited about things that they felt like issuing an update set of sorts, with a new design and the current season's stats. How did they do that, exactly? I don't know, wizardry? 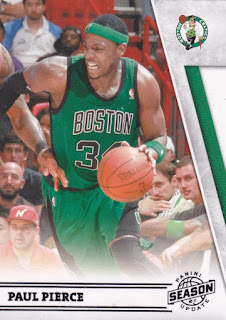 4 - Paul Pierce - It was weird to see Paul Pierce in any uniform other than a Boston one, but he bounced around the last few seasons before signing the ceremonial one day contract to retire as a member of the Celtics this summer. 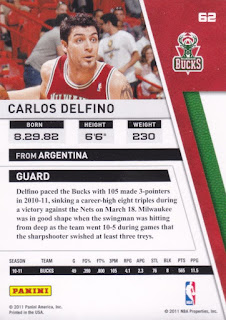 62 - Carlos Delfino - Here's a look at the back of one of these cards. Bucks uniforms should not be red. 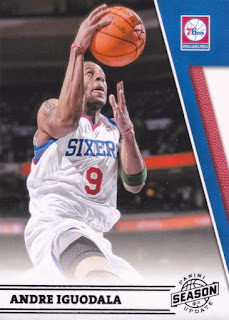 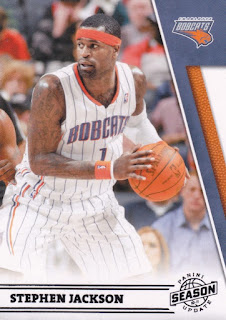 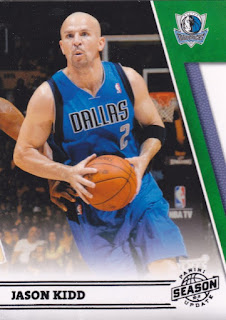 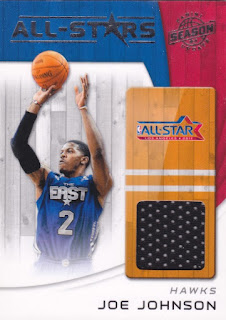 14 - Joe Johnson All-Stars Jersey - Johnson is the first active player in this pack. I do like the All-Star look to this one. 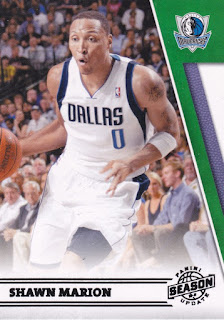 104 - Shawn Marion - "The Matrix" had one of the weirdest looking jump shots. 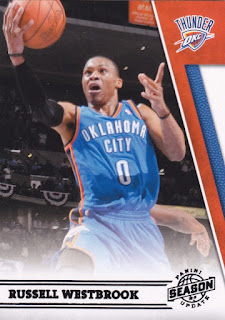 153 - Russell Westbrook - One of the most polarizing players in the league. Westbrook won a lot of people over with his crazy stats last season, but his Hero Ball style is not always fun to watch. It will be interesting to see if Westbrook, Paul George and Carmelo Anthony can co-exist. 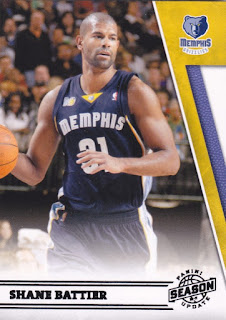 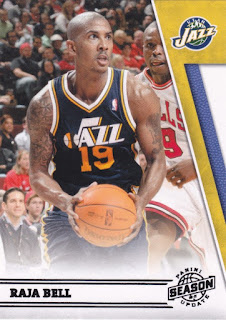 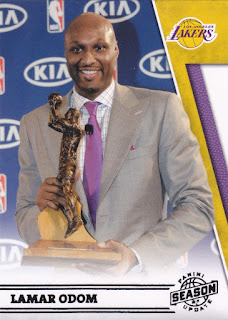 I got a box of that set for Christmas a couple of years ago. I got a big stack of duplicates but came up 5 cards short on a complete set. Frustrating! I still need one of them, #7 Shaquille O'Neal, to complete the set. I think I even sent you a Blazers card from my dupe stash a while back.

Oddly, there were no rookie cards in the set. In this modern day of everything rookies all the time, I found that highly unusual.