Written by Billy Kingsley at 2:00 PM
Shoebox Shane opened a pack of series 1 back in 2010, and got a hologram! I wasn't as lucky with this high series pack, but I still got a bunch of new cards for my collection.

Early Upper Deck sets didn't do Series 1 and 2 traditionally. They would issue series 1, and then, what they called a High Series, which had new cards...but also had the first series cards mixed in as well. Really makes you wonder why anybody would open series 1 in the first place, when you could just wait for the High Series and chase the entire set. But as I just began collecting hockey actively this year, maybe there was a reason I am not aware of. I can't remember anymore but I think they did the same thing for the NBA as well. I have completed the 500 card NBA set, the hockey set runs to 700 cards, so I wonder if I will complete that as well some day? Time will tell! 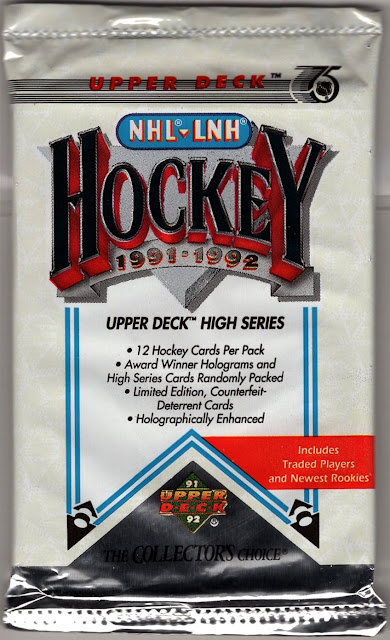 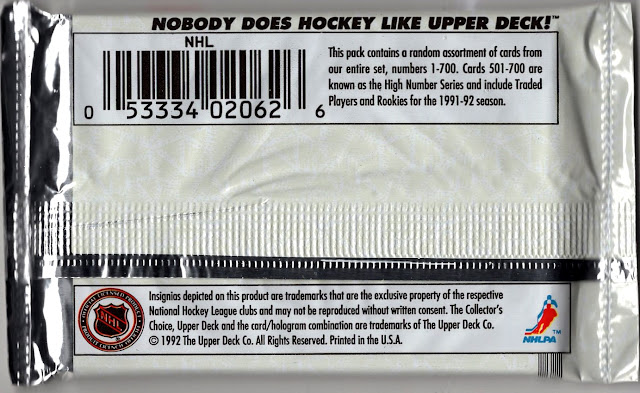 Now, let's take a look at what came out of this pack!
#342 Troy Crowder 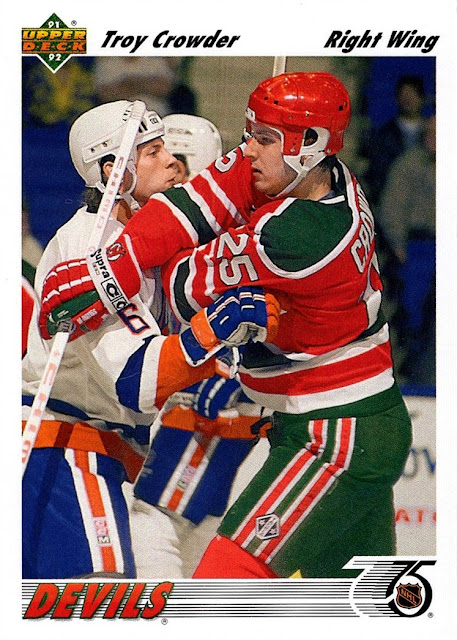 #82 Detroit Red Wings Team Checklist. This was a duplicate so I didn't scan my copy. But you can see it by clicking the link. I was given more than 2500 hockey cards in January 2015 so I'm not starting totally from scratch.
#131 Peter Bondra 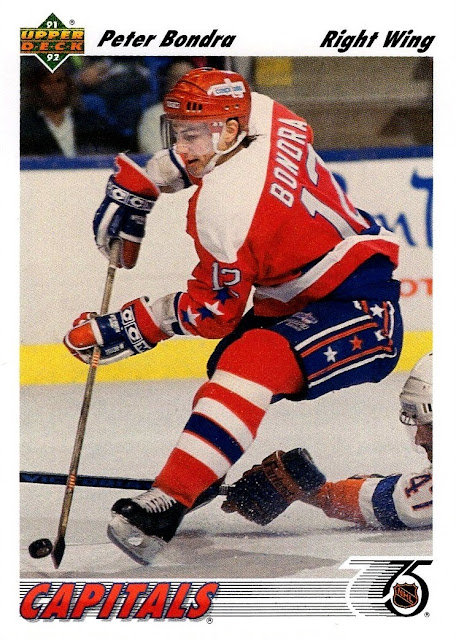 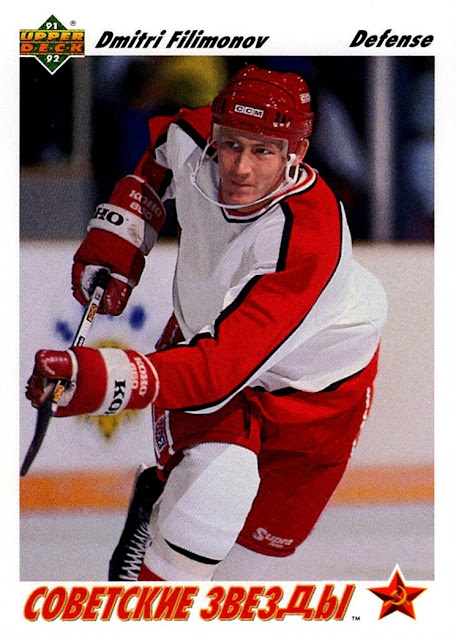 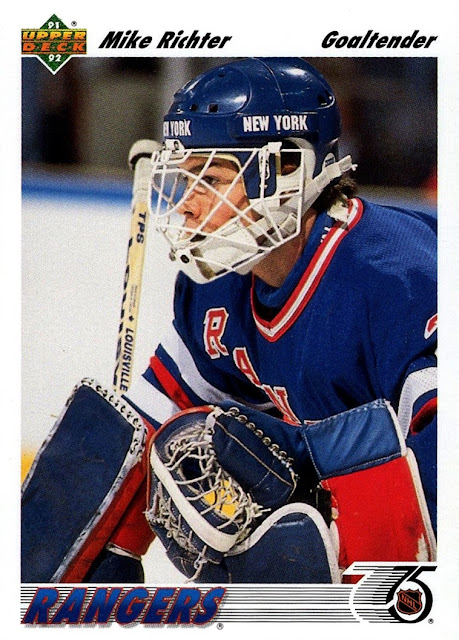 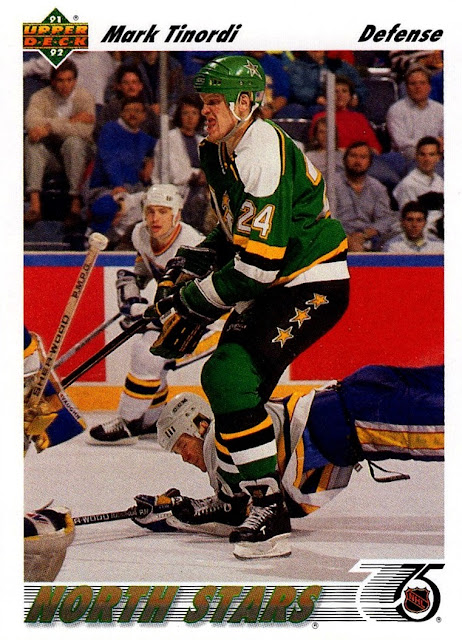 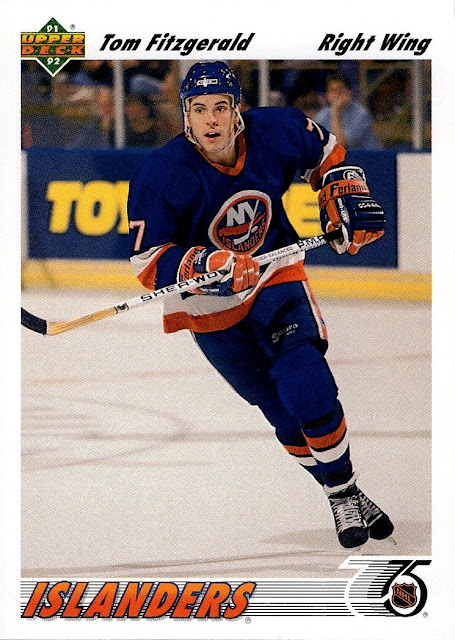 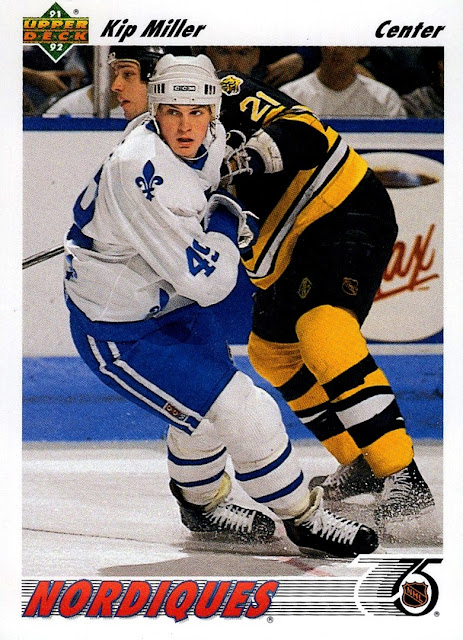 #600 Checklist. This is the first actual high series card in the pack, and I'm thrilled- it's the first hockey checklist I've ever pulled. I love checklists, and one was even my most wanted card from 1996 to 2005, when I finally got it. 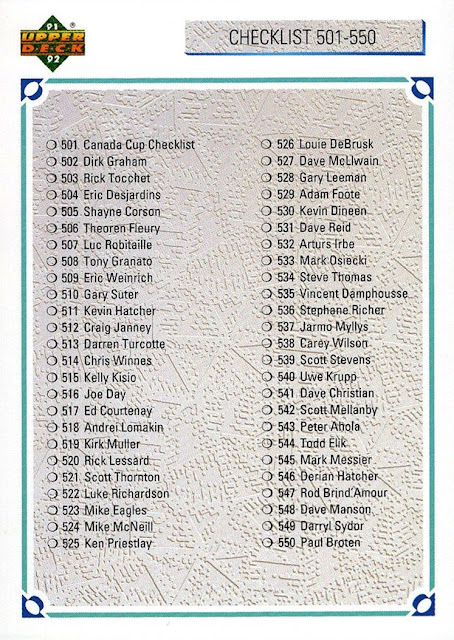 #556 Pat LaFontaine. Another high series card. Target is where I get most of my cards these days, but this was issued more than a decade before the first one opened up around here. Pretty sure I went to any Targets for the first time in only 2002. 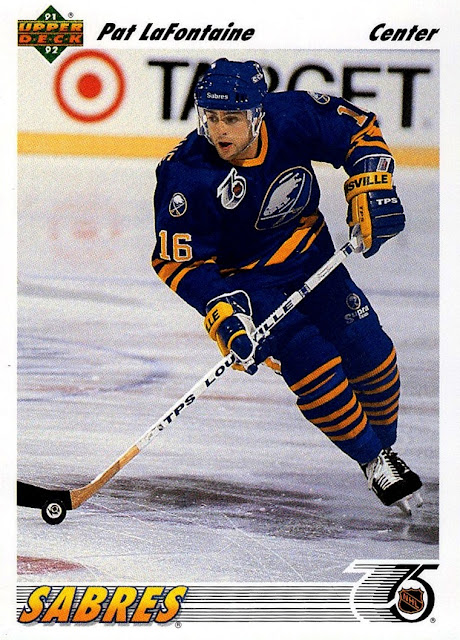 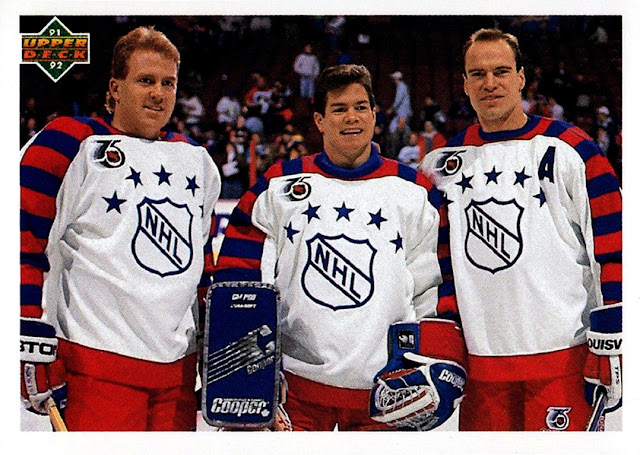 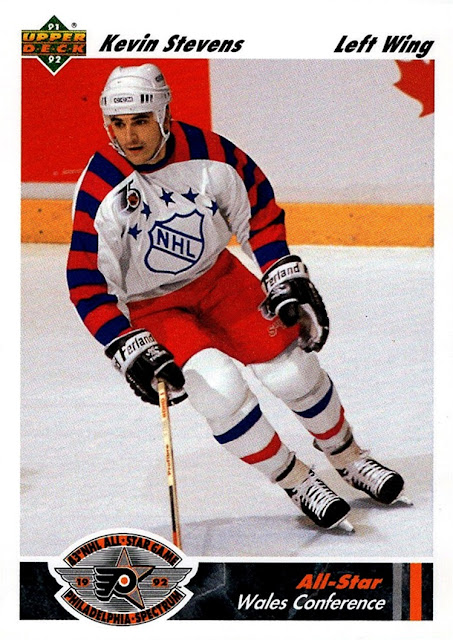 Unfortunately I was not lucky enough to pull a hologram in my pack, but I have another waiting to be opened, and I already got the Wayne Gretzky #AW1 as a single.
Here's a card back. 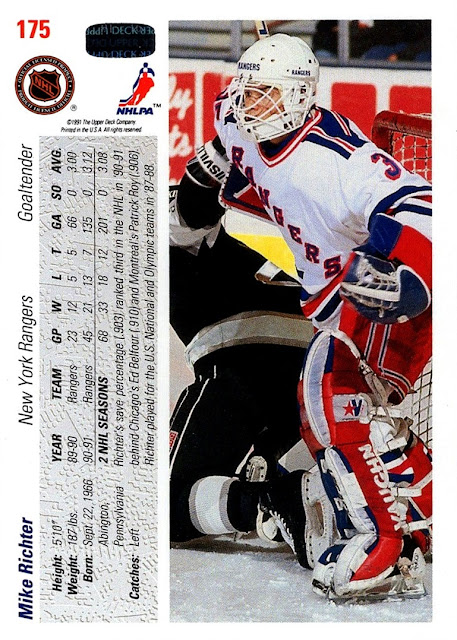 And please check out my own blog, Cardboard History, for regular coverage of the NBA and NHL.

Great post Billy, I’ve always loved this set since collecting it as a kid. Still have some of those packs from that same wax box from 2010 on my pack shelf to this day!

Pretty cool! I have packs I purchased in 2012 I have not opened yet, but I should...and post them here!

Loved early 90's UD hockey. These high series packs were the rage here in the Bay Area back in the day. We all wanted to pull the Pat Falloon. His real rookie card was in the 90/91 set... but this card featured him in his San Jose jersey.