Written by Rebel Coyote at 8:47 PM 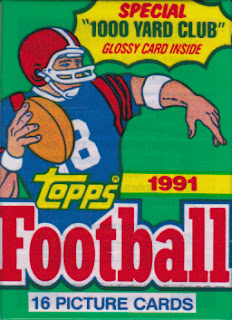 Time warp to a pack from 26 years ago. That year Topps pack contains 15 base cards and 1 1000 yard club insert. Surprise this haven't been ripped on here yet. Let's rip 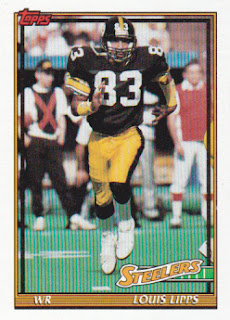 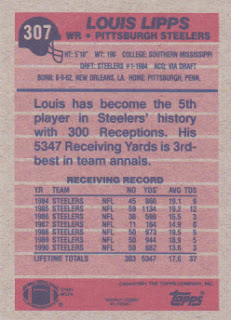 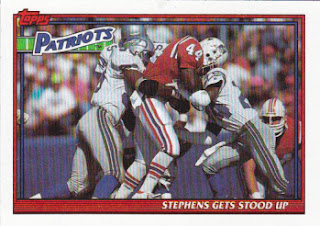 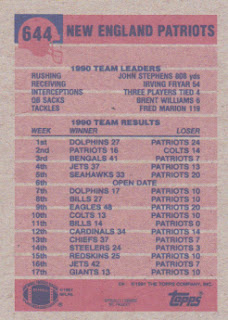 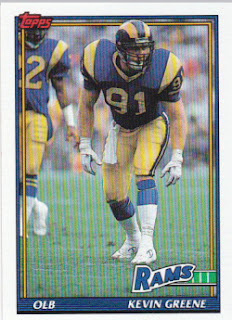 542 - Kevin Greene - one of best linebackers to play with a 15 year career and few matches in WCW. 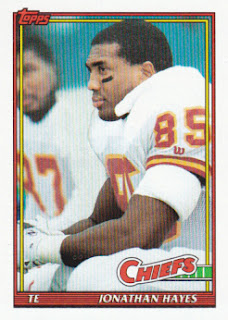 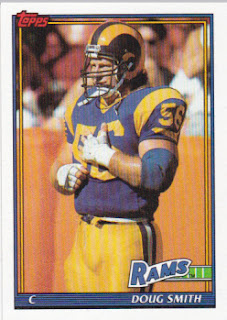 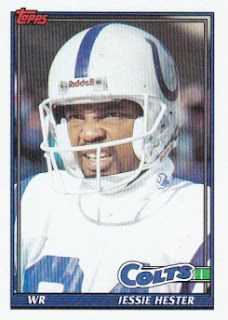 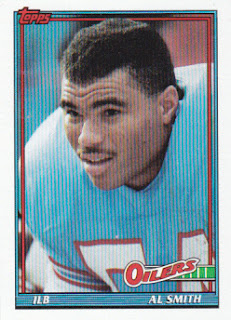 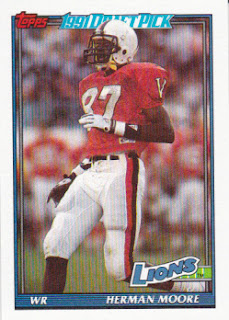 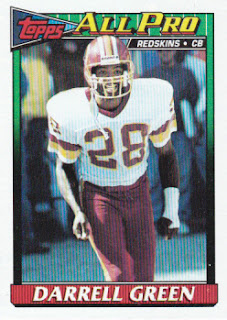 191 - Darrell Green - the ageless wonder who played his entire 20 year career with the Redskins. 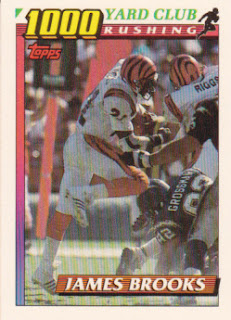 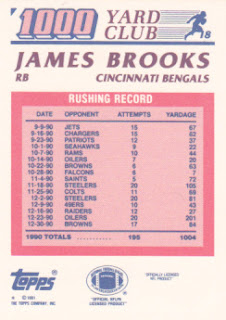 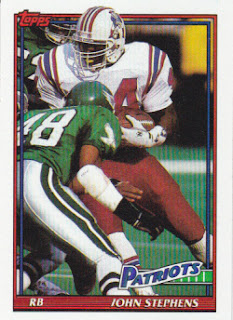 610 - John Stephens - photo featured the game against Eagles which Randall Cunningham outran the Pats D nearly untouched for a TD. Oh yeah there was this Pats RB on the card..... 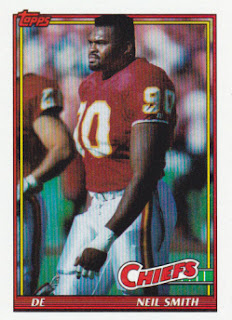 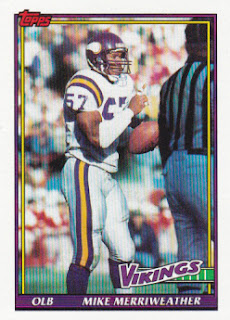 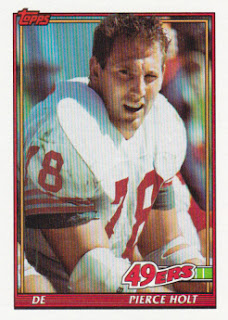 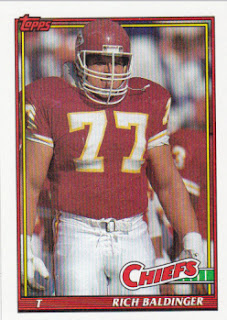 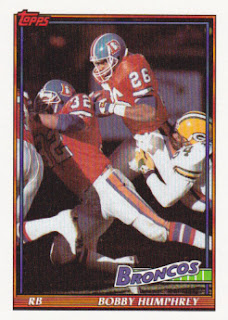 550 - Bobby Humphrey - his career started out hot only to flame out quickly when he decide to hold out. By the time he ended it Broncos found his replacement.

Not a bad pack. Good to remember Patriots did suck during that time.

Great photography on the Lipps and Greene cards... and congratulations on pulling the Moore rookie card. Loved watching him back in the day.

These weren't the sexiest of cards but I like them. I like James Brooks so it is always fun seeing one of his cards. Thanks for the post.