Written by Billy Kingsley at 2:00 PM
Back when this set was new JediJeff was turned to the Dark Side with his views on this set, but let's see how a five card retail blaster pack shakes out: 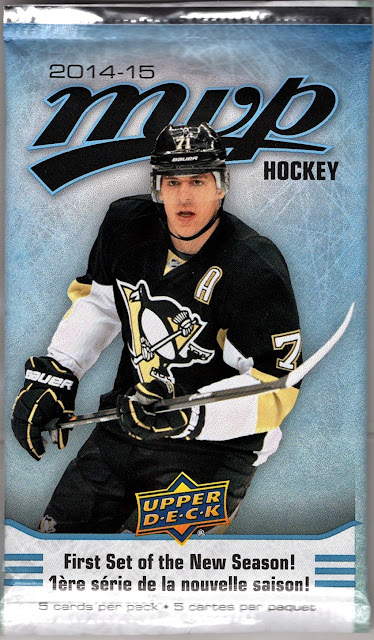 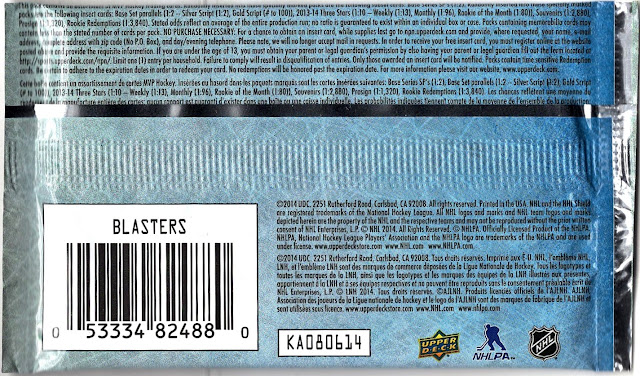 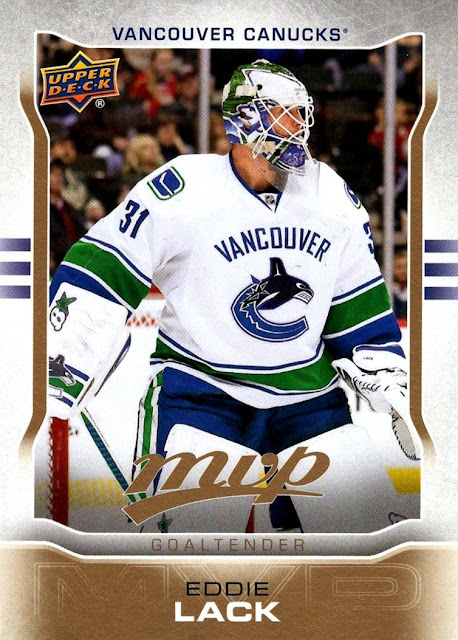 #11 Calle Jarnkrok came out of the pack next 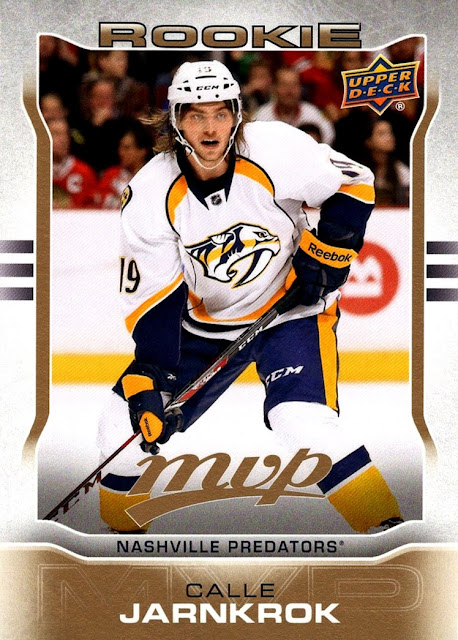 #276 Dustin Byfuglien. According to the Trading Card Database cards #201-300 are SP but I got one in each of the three packs I opened. 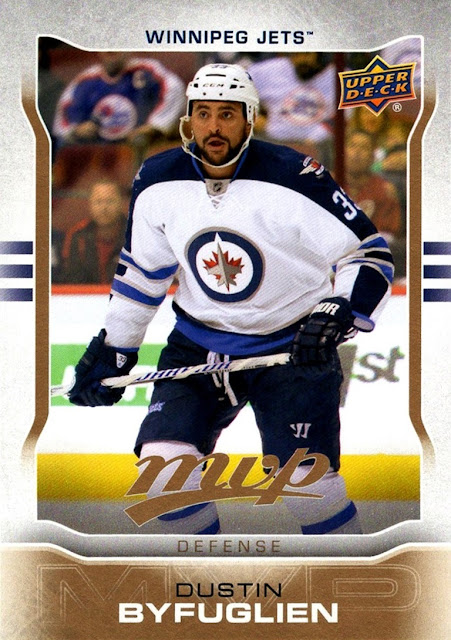 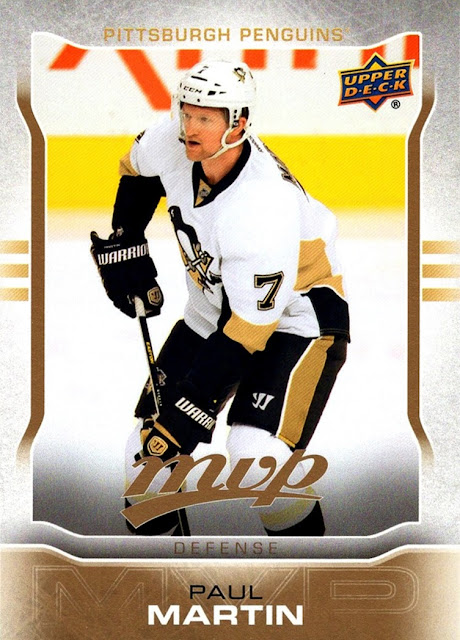 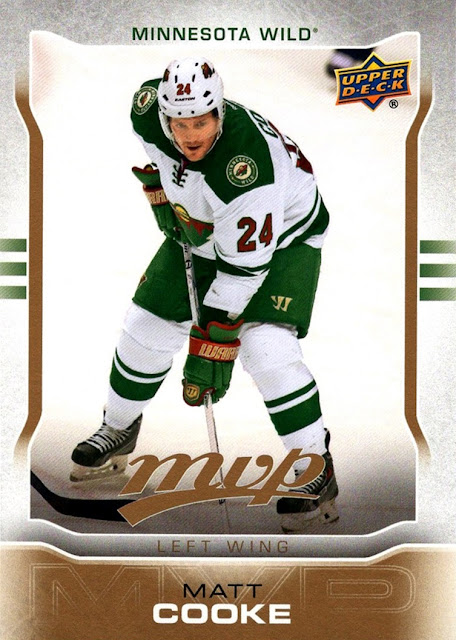 Overall, I really like the look of the cards. The gold printing of the MVP logo, the large MVP area where the player name is, and the border stripes are printed in a metallic ink, it looks really nice in hand although I do agree that the border is slightly too large.

Here's the card back: 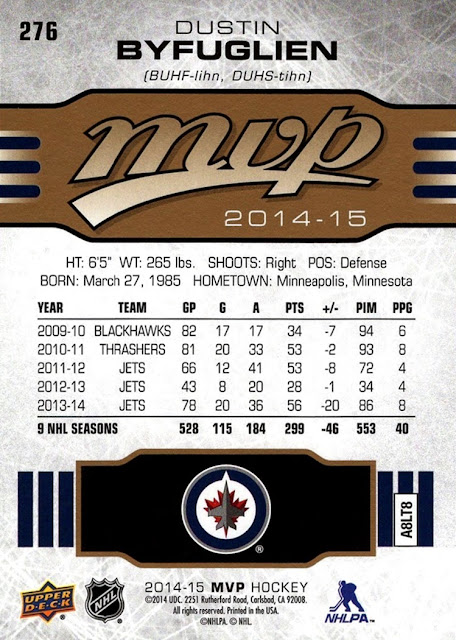 More gold, a team logo, and some stats, but not career stats. I do like that that they include pronunciation guides on the back. I heard the broadcasters talking about this guy but I had no idea that it was him, because his name does not look anything like the way it's pronounced.

Full disclosure: This was the very first pack of hockey cards I opened up once I decided to start collecting the sport actively, although it's the third or fourth overall. Even though I opened it in January, I'm just getting it posted in October. In fact, I have it scheduled to go off the day the 2017-18 season starts, my first with the sport.

My own blog: Cardboard History

So the "ug" in Byfuglien is silent? That doesn't seem right to me, like it's missing a syllable or something. But what do I know - I would have pronounced it bif-UG-li-en!

I bought so many blasters and hobby boxes of this. I had a guy from Russia buy a bunch of it off of me and almost paid of what I put into it, if I remember correctly.