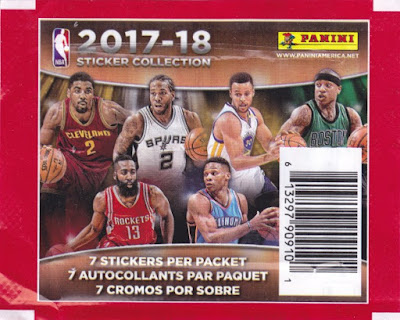 Another season, and another packet of NBA stickers. It's not like you weren't expecting me to post this at some point, weren't you? You weren't. 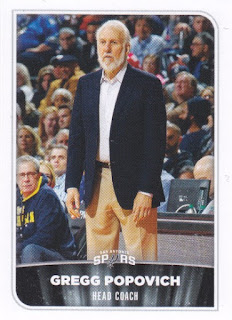 349 - Gregg Popovich - We kick off the season with... a coach! I am pretty sure that not every head coach is represented in the sticker album, but I guess Pop isn't just any coach. 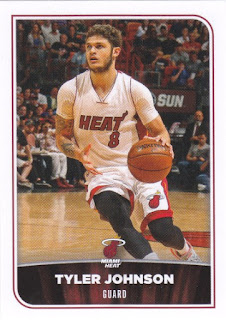 113 - Tyler Johnson - Johnson is in his 4th season as a Miami Heat reserve guard. 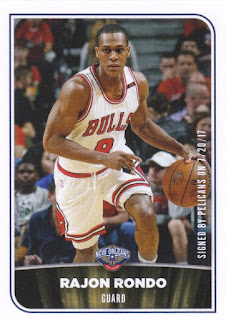 296 - Rajon Rondo - Rondo continues his parade around the league with the New Orleans Pelicans this season. Will he last the season? 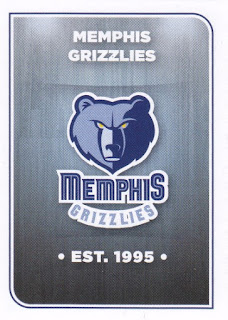 273 - Memphis Grizzlies - No one is terrible excited about these team logo stickers, but it's an interesting touch that they put the year the franchise was established on them. 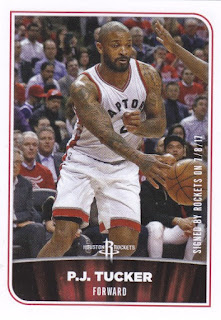 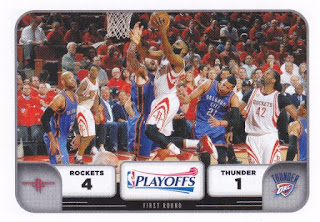 404 - Rockets / Thunder NBA Playoffs First Round - Does anyone remember this series? These are two of my least favorite teams, so I am pretty sure I didn't watch much of this. 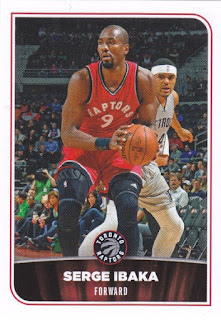 172 - Serge Ibaka - Ibaka is from the Republic of the Congo. He has also blocked a lot of shots in his career.

All the coaches got stickers. 8 of them are making their first appearance on a "card" in this set. The last time any coaches appeared on cards was in 2012-13, with the exception of Steve Kerr, who has gotten two cards as championship winning coach.

I don't care if I don't get all the player stickers, but I want all the coaches! I have opened 13 packs with one I just got tonight that I have not opened yet, and I've gotten about a half dozen of them, even duplicates of Jeff Hornacek.

I'm glad the team logos are not foil this year. They usually are from Panini. They are the only team cards issued these days.

If I hadn't been so busy with other card projects I would have posted this pack more than a month ago!